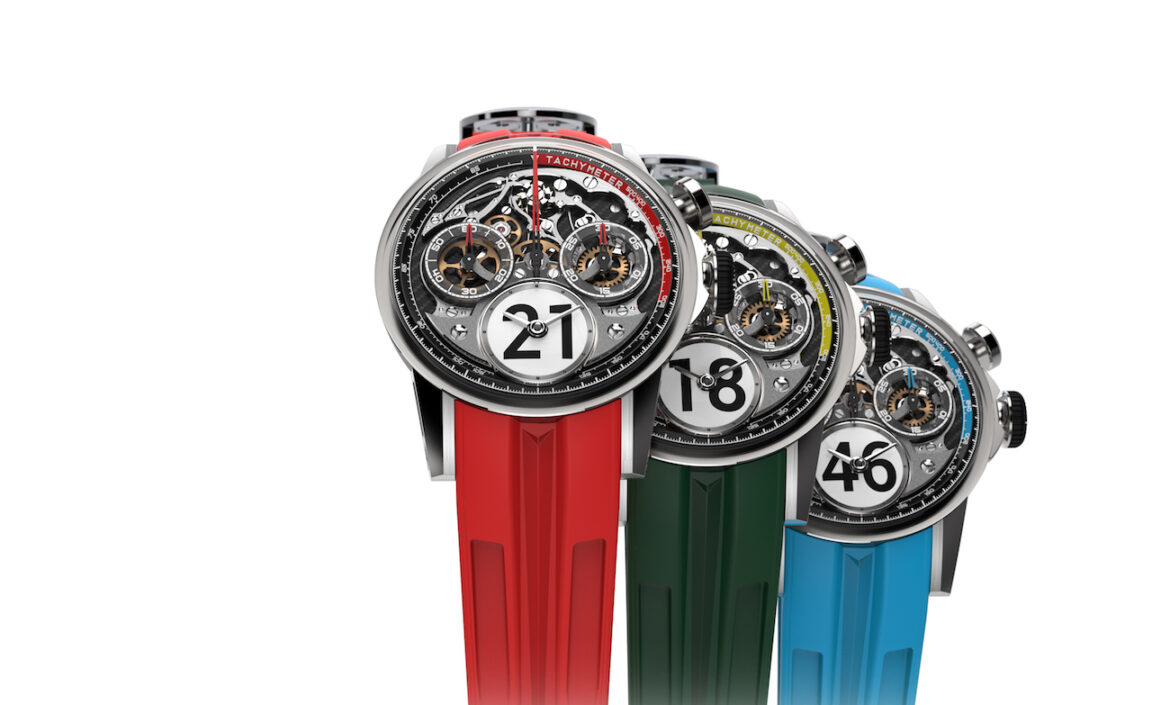 Louis Moinet’s Time to Race mono-pusher chronograph is not actually a limited edition, but rather a series of 299 unique pieces. Collectors will pick from the three racing liveries (Rosso Corsa, Racing Green or French blue) then pick a single- or double-digit numeral; their “lucky number.”

Once assembled into the 40.7mm titanium cases, each example will be the one and only combination of that color and numeral. 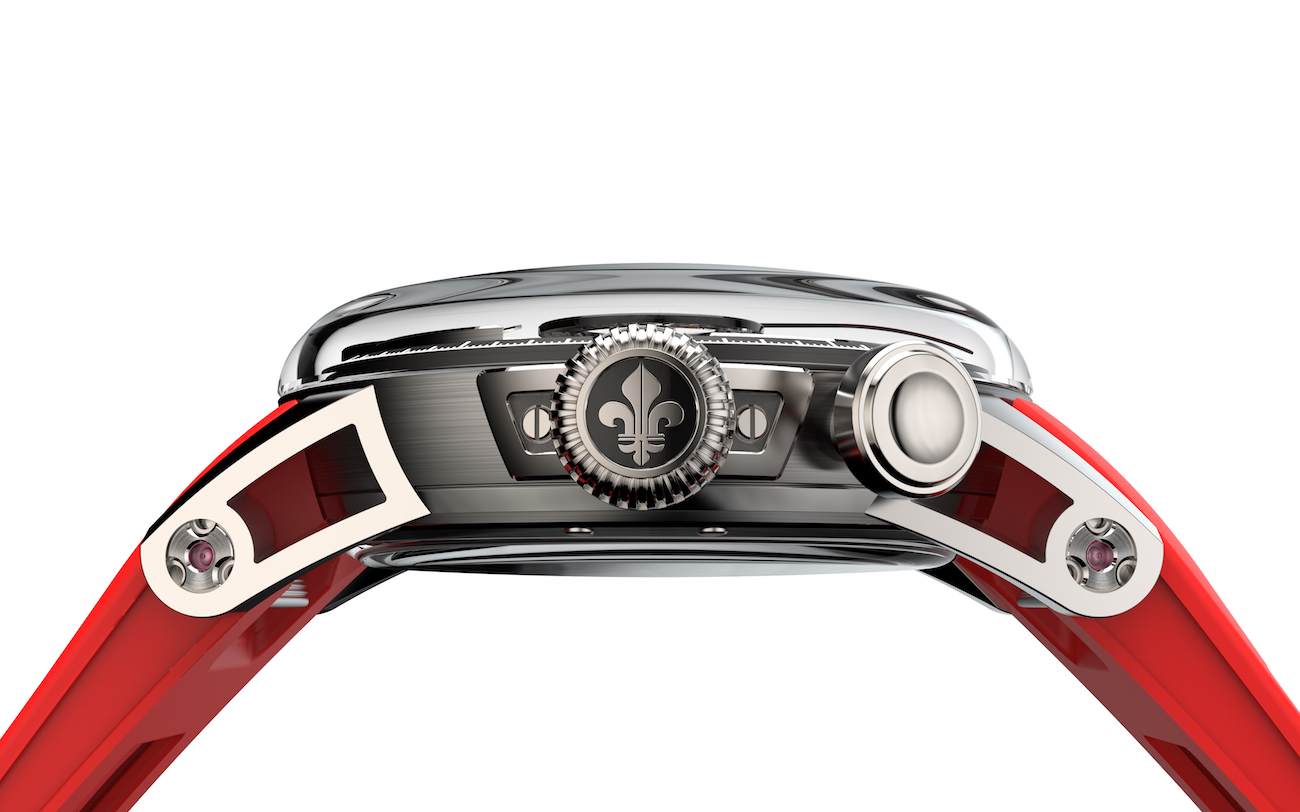 That number is painted in black on a white background with a glossy polished finish, and surrounded by a metal ring reminiscent of the bores used in racing cars. Each dial reveals a beautifully finished chronograph mechanism with a highly domed crystal emphasizing the components. 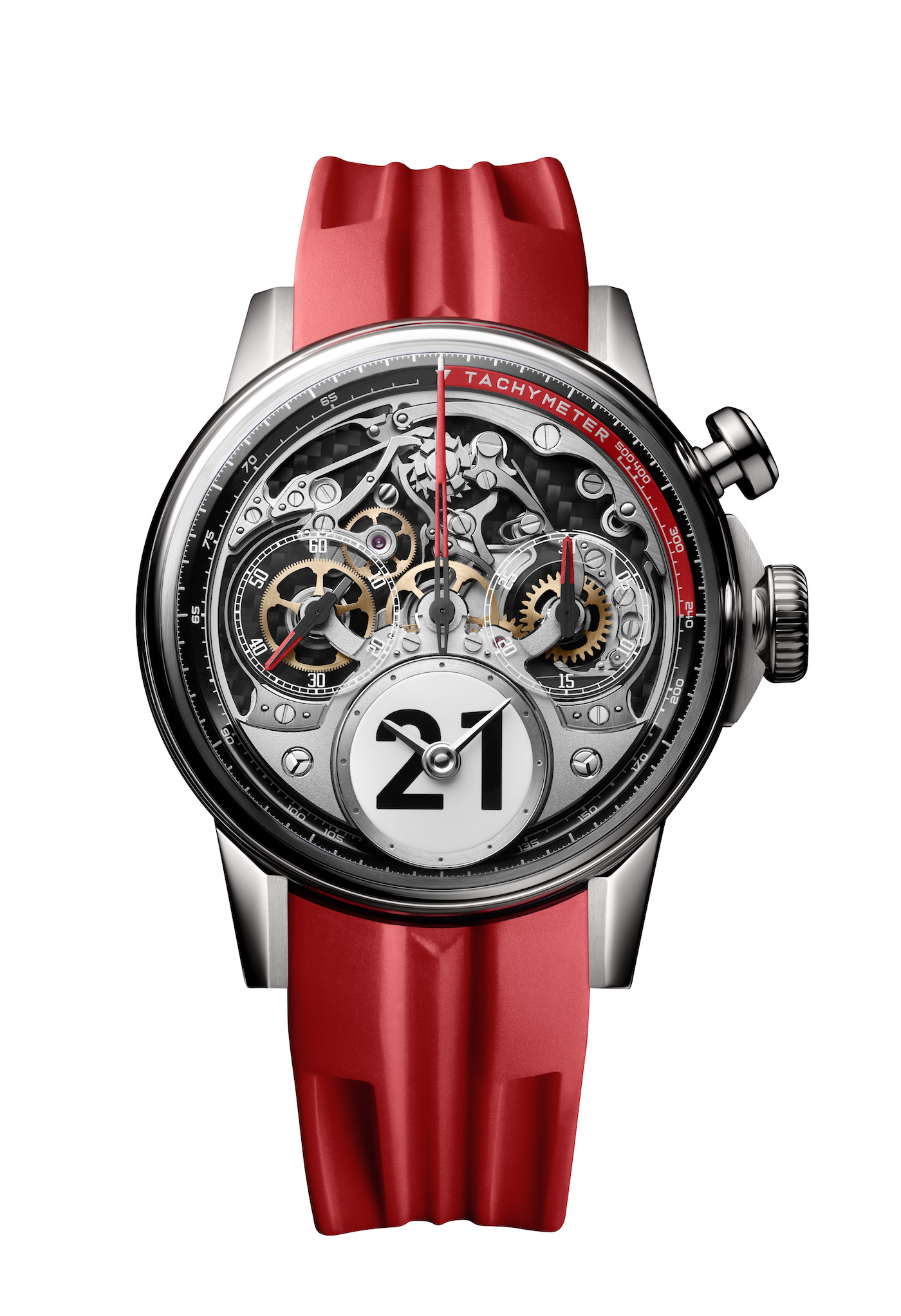 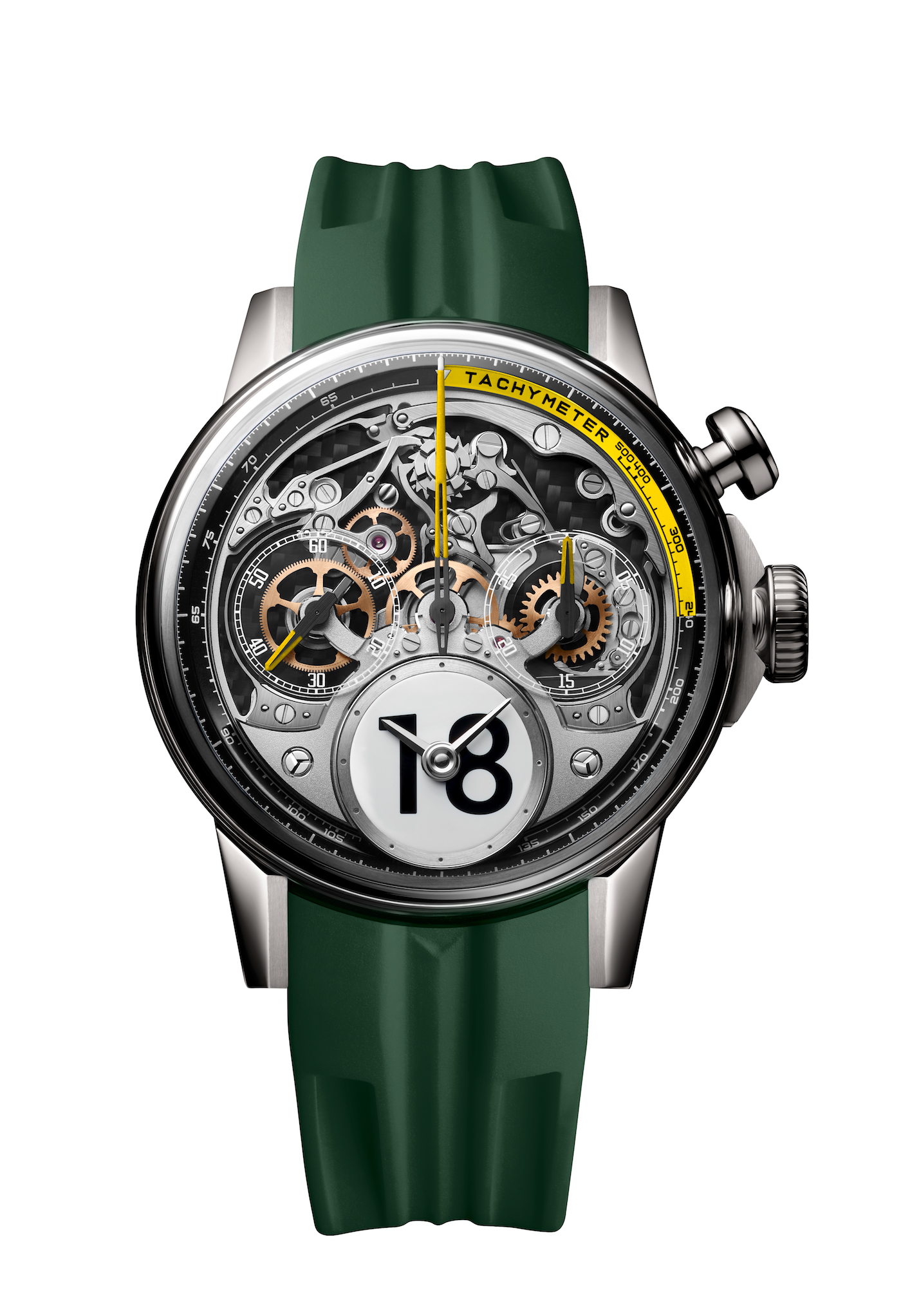 The Louis Moinet Time To Race features an automatic winding, column-wheel chronograph movement in a display that clearly emphasizes the chronograph as the prominent feature for this watch. Price: $36,000. 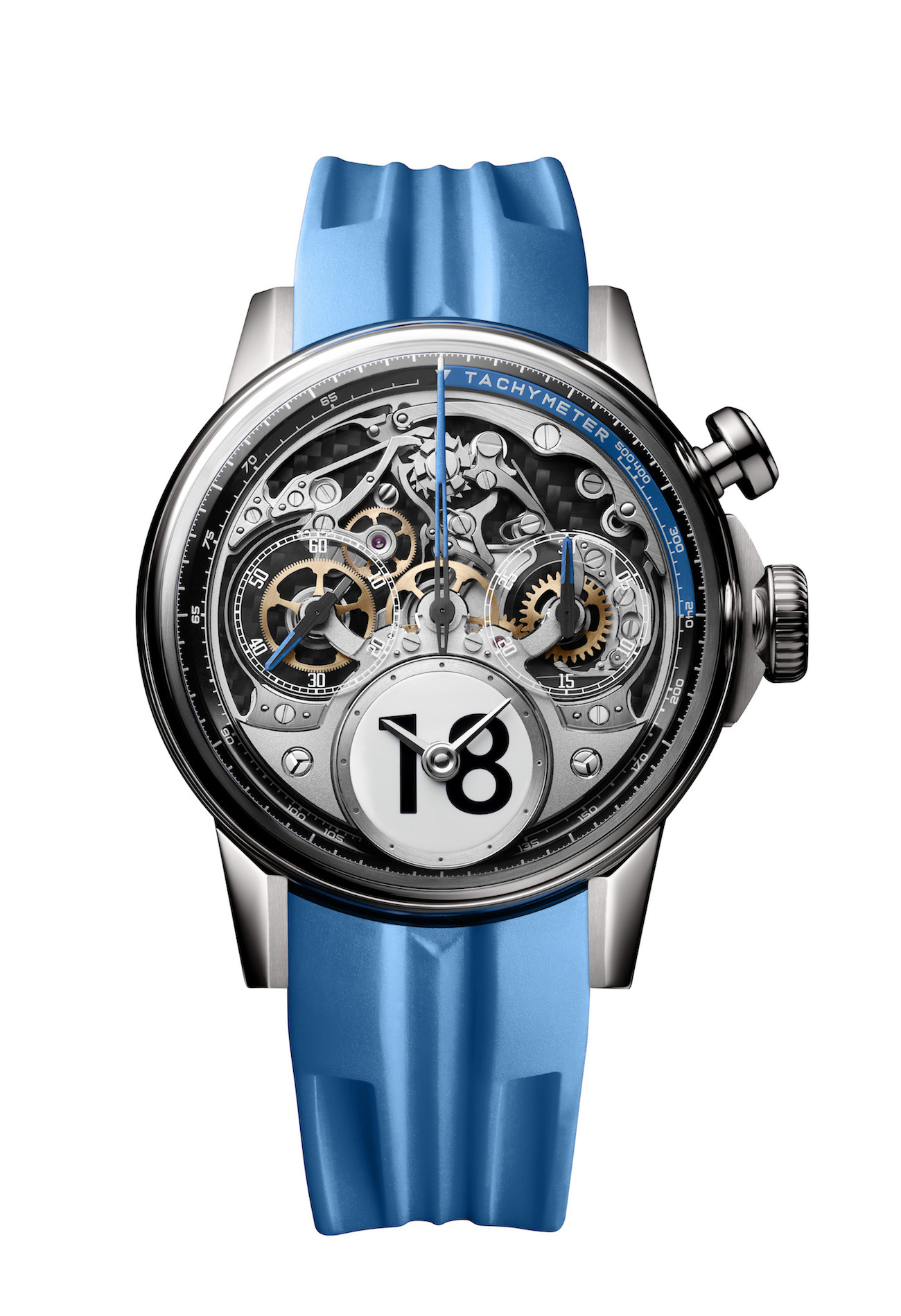