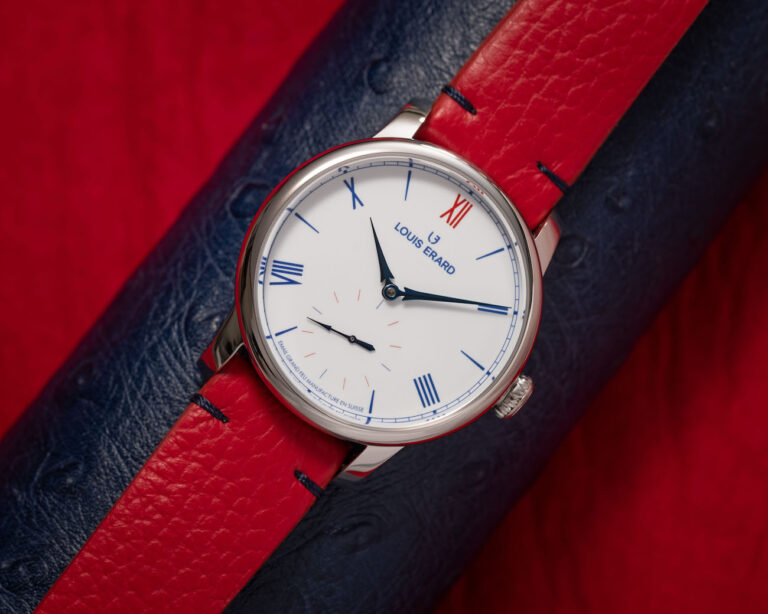 The latest model, with a dial that echoes a slightly larger version released last year, is a steel-cased 39mm time-only watch with a white dial that features the existing design’s blue markers, but adds a red XII and a few red lines of the small seconds display at six o’clock. 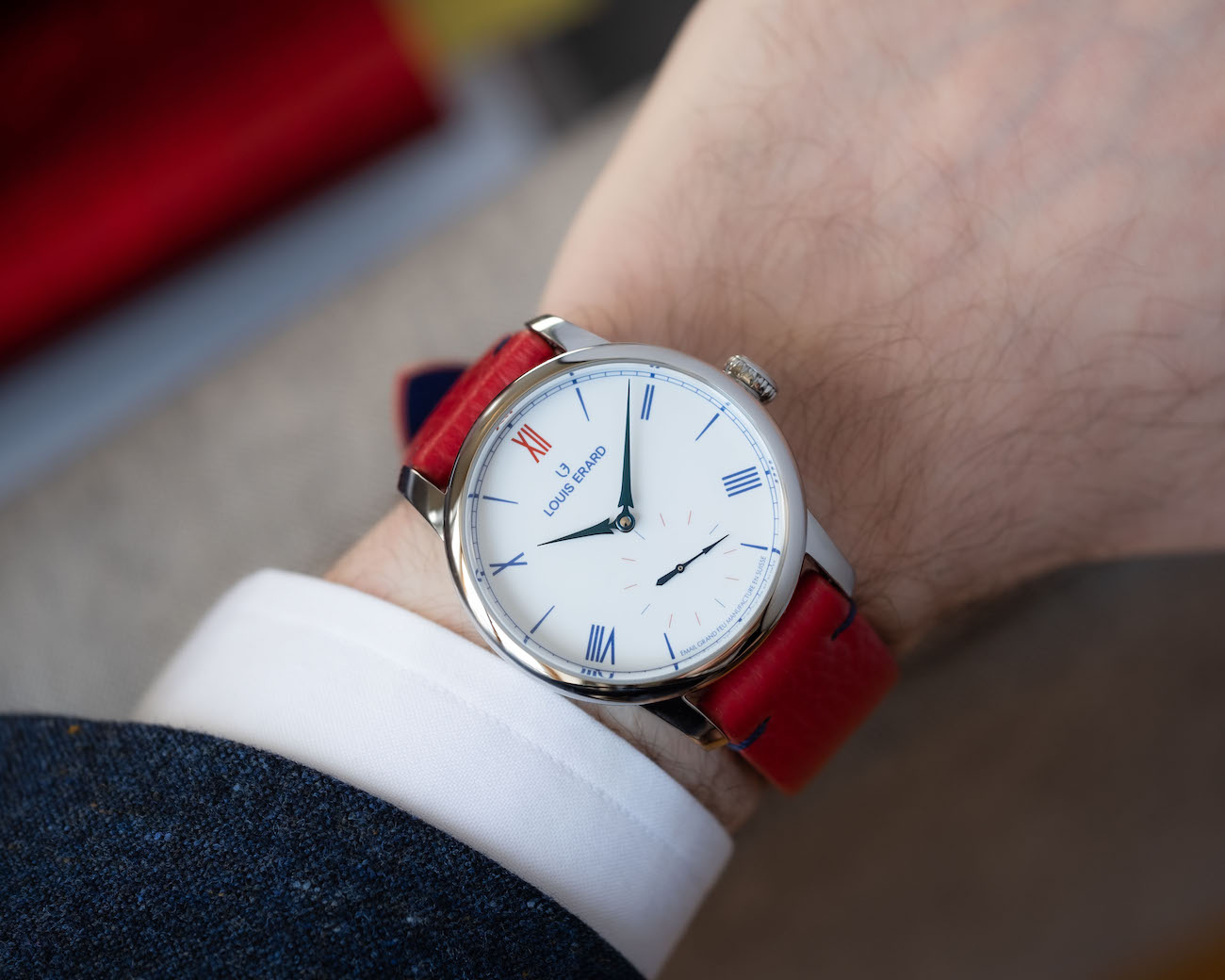 The watch’s rich dial and its deep colors are the result of a firing process in a kiln set at more than 800°C. The colors result from deposits of small layers of silica, oxides and potassium that, after firing, are fixed forever and permanently bonded to their metal base. 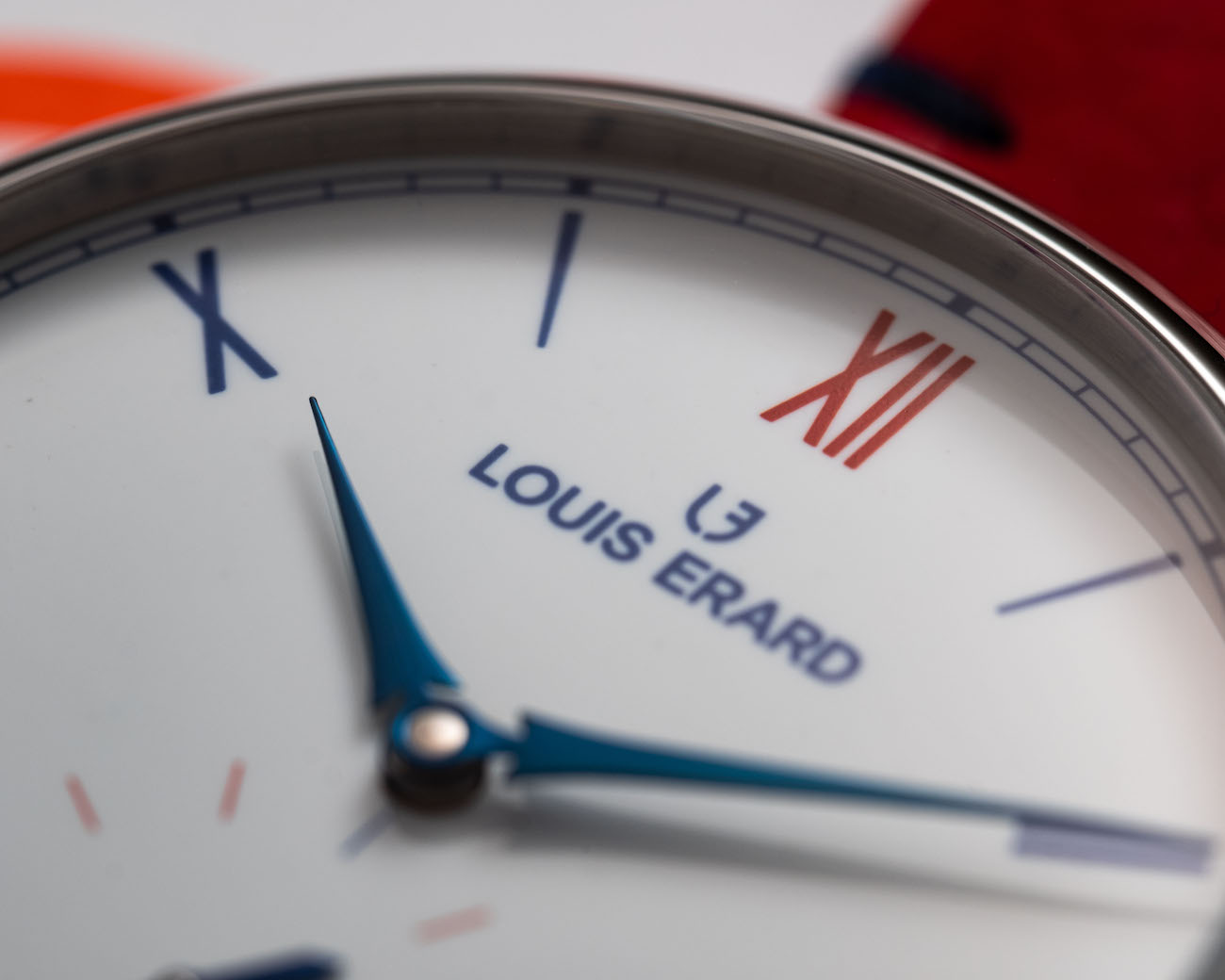 This grand feu technique is usually utilized for watches priced higher than those offered by this small independent watchmaker. However Louis Erard has found success offering a series of moderately priced limited editions that boast partnerships with watchmakers (including Vianney Halter and Alain Silberstein), notable designers and with small-batch grand feu dials. 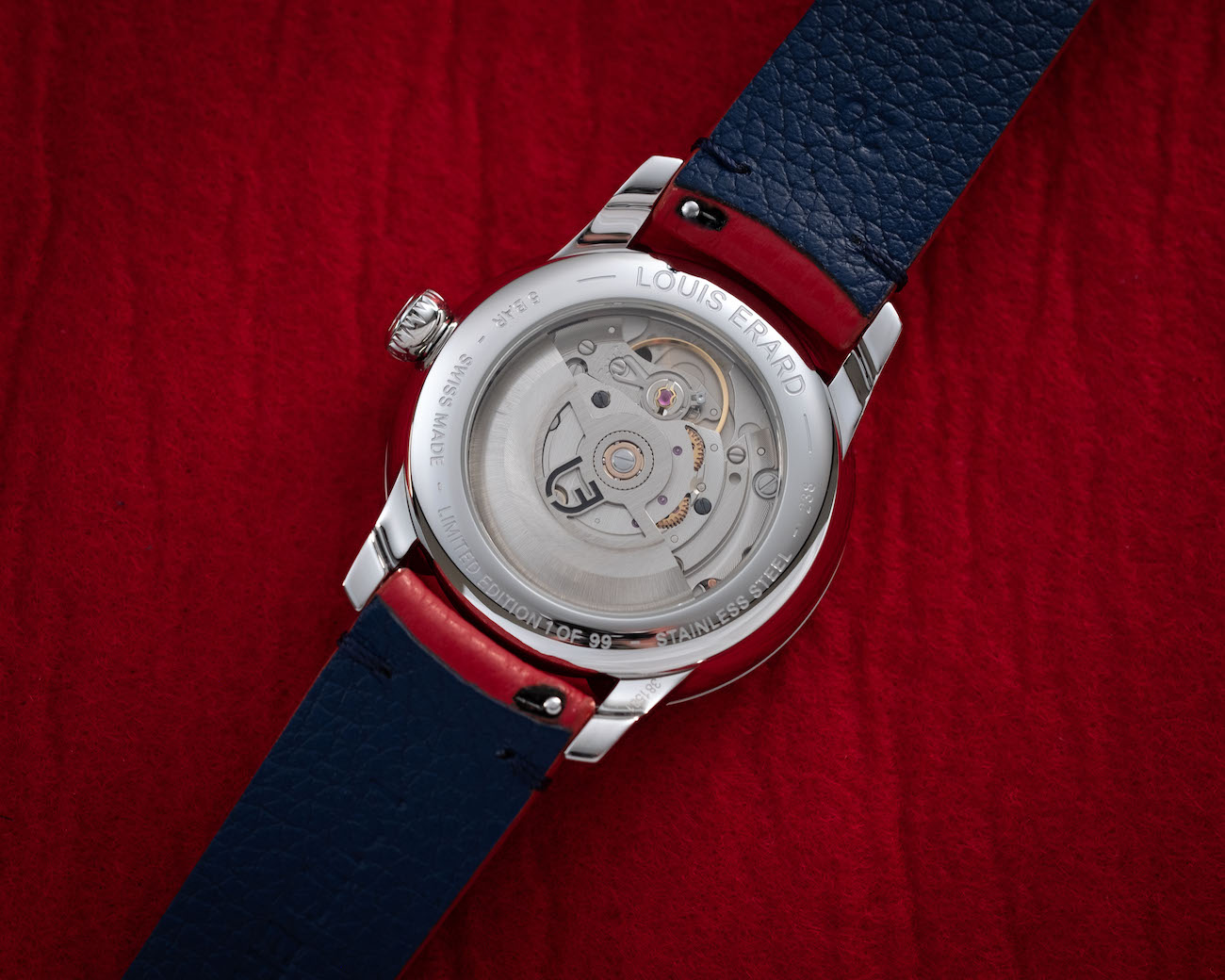 With this strategy, the Le Noirmont watchmaker continues to raise its profile among collectors in search of relatively affordable watches with truly original, eye-catching designs.

The dials are made by Donzé Cadran, an art enameller based in Le Locle and purchased in 2011 by Ulysse Nardin. Inside Louis Erard places a Sellita automatic movement, visible through a clear sapphire caseback. 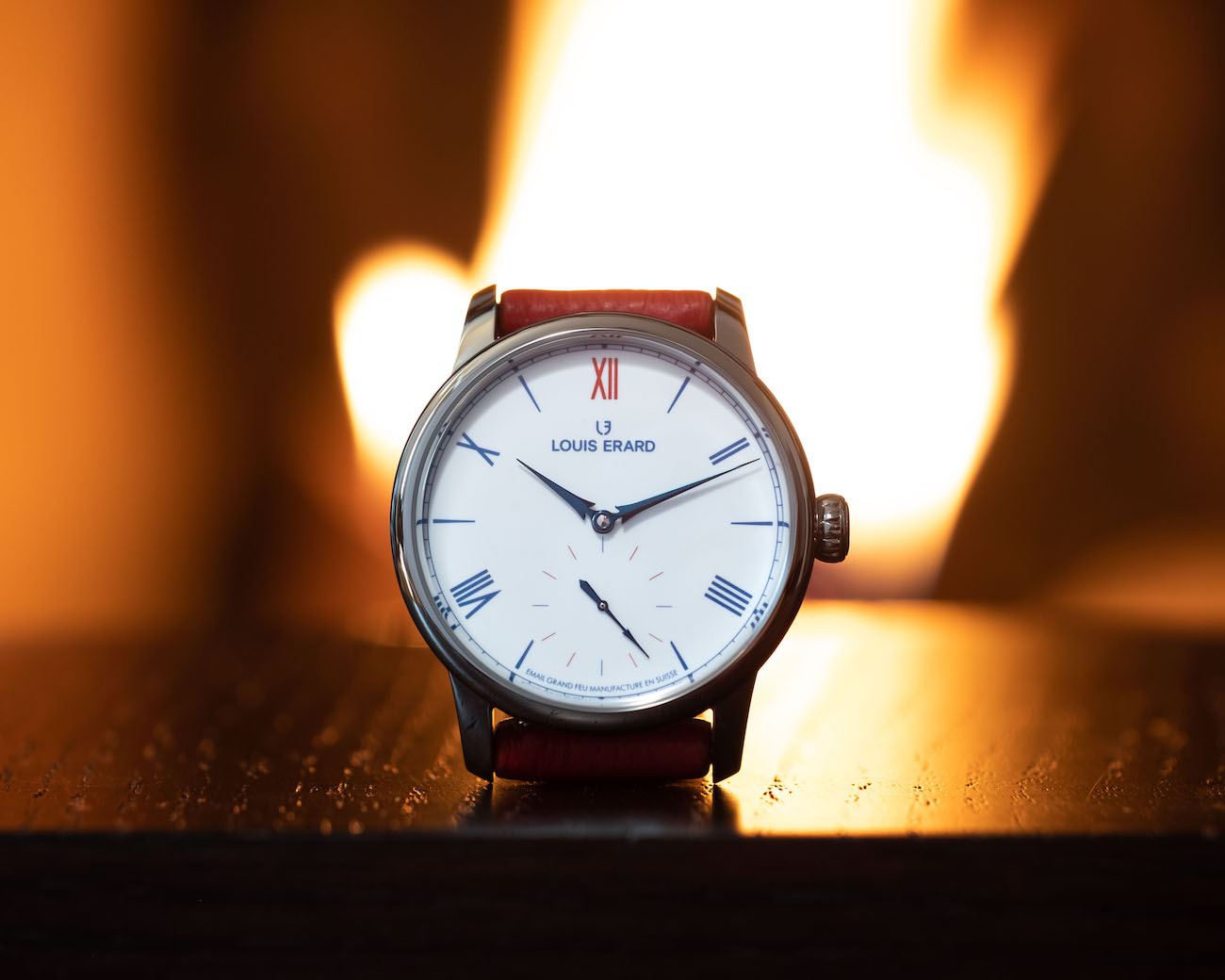