Hublot continues its long-running affiliation with the Dominican Republic-based Arturo Fuente cigar empire with a new limited-edition watch that celebrates Carlos A. Fuente Sr., the son of the company’s namesake founder.

Hublot adds a host of details to the watch to underscore its rich partnership with the Fuente family. For example, the watchmaker places Roman numerals on the dial instead of the traditional Arabic numerals found on most other Big Bang Unico models.

This gesture, according to Hublot, adds “a remarkable note of authenticity to the timepiece” because the Roman numerals are also seen on a clock that has historically appeared on the family crest. The numerals reference the Fuente motto: “We will never rush the hands of time.” 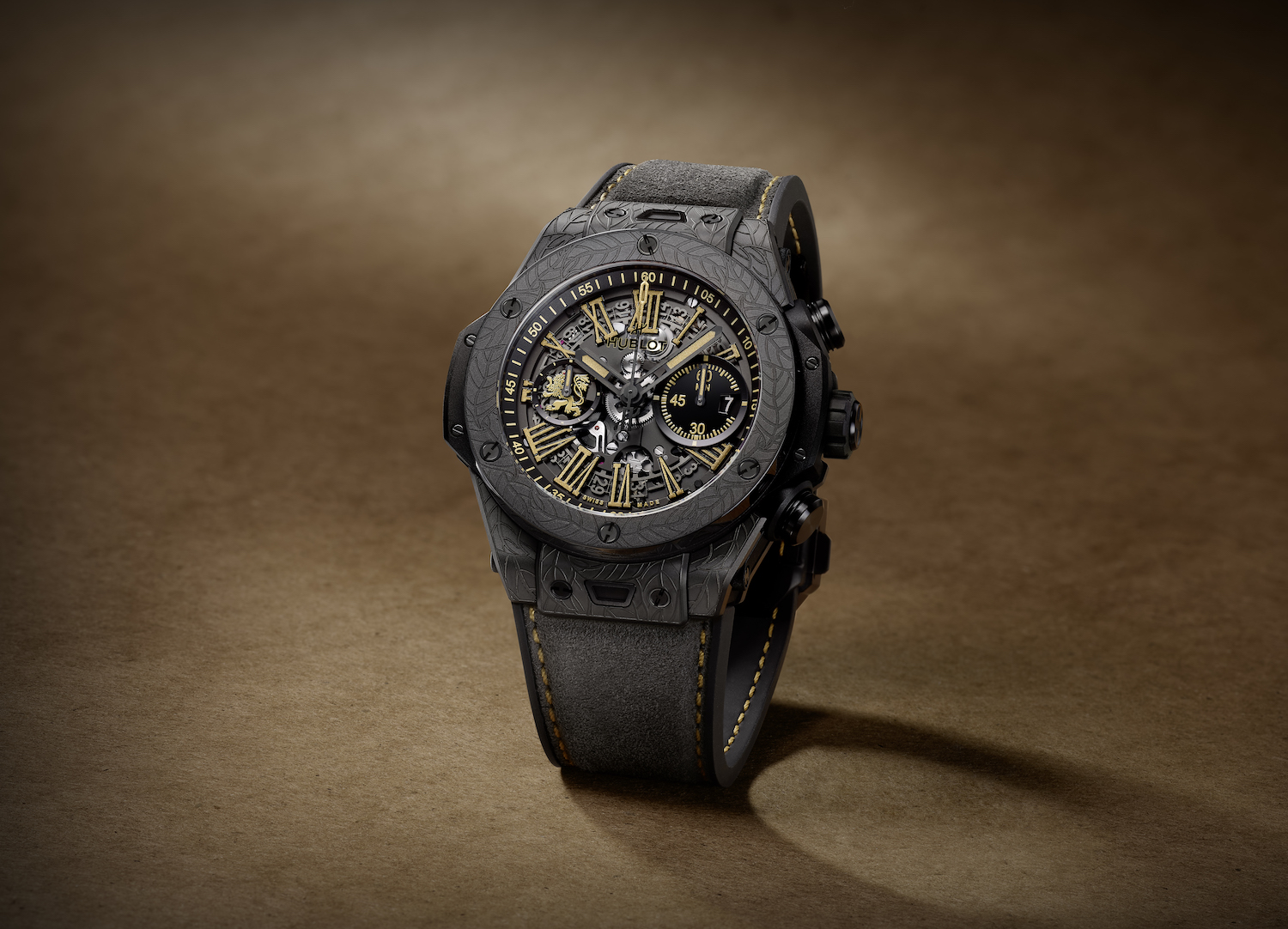 The crowned lion that appears at 9 o’clock on the watch’s skeletonized dial references the fact that Fuente supplied cigars to the Spanish court. 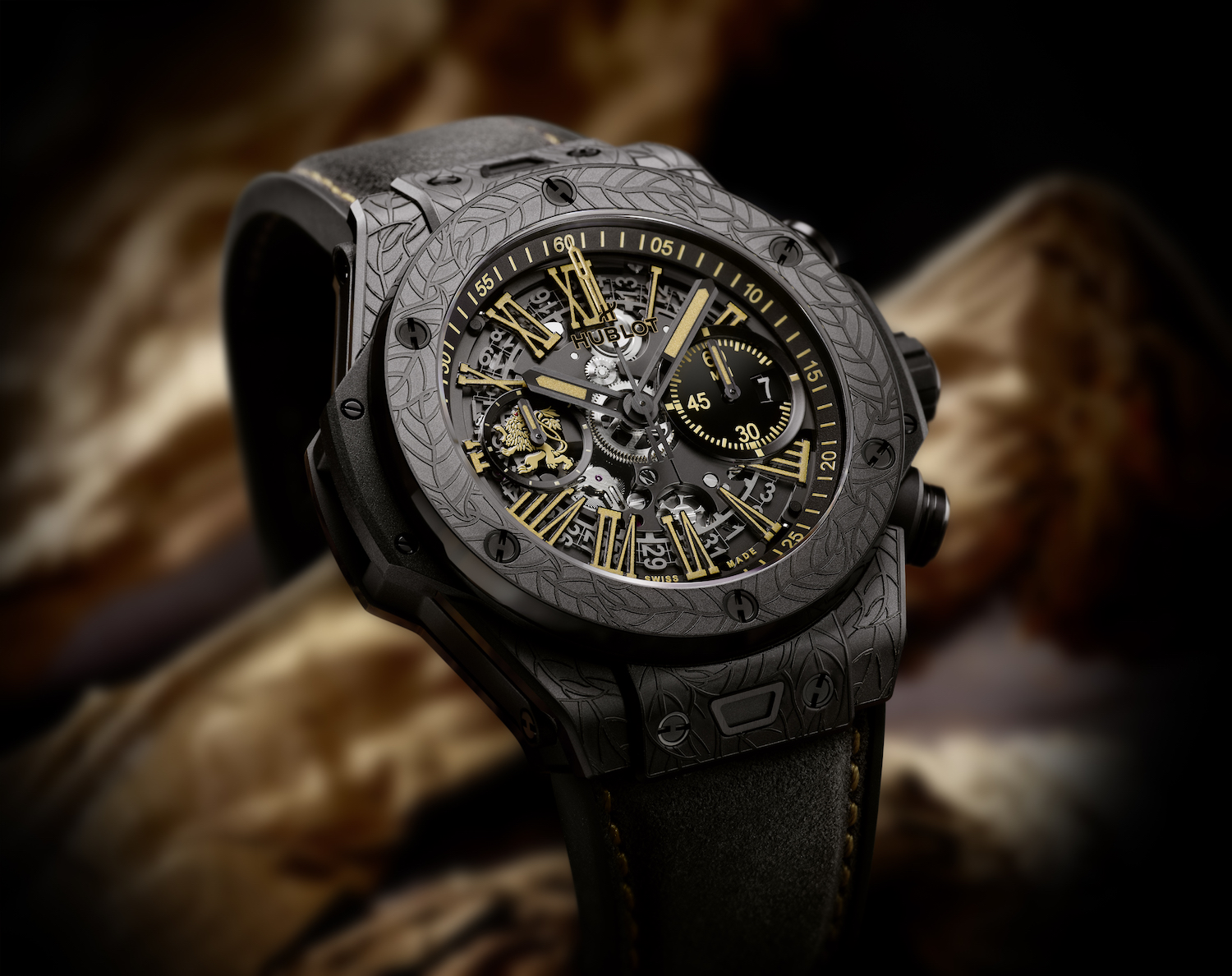 Furthermore, Hublot places Fuente’s historic logo appears in the center of the caseback along with “CF” in reference to Carlos Fuente Sr. and the words “Edición de homenaje” (which is Spanish for “edition in homage”). A dedication by Carlito Fuente Jr. reads: “Our Father, Our Friend, Our Hero.” 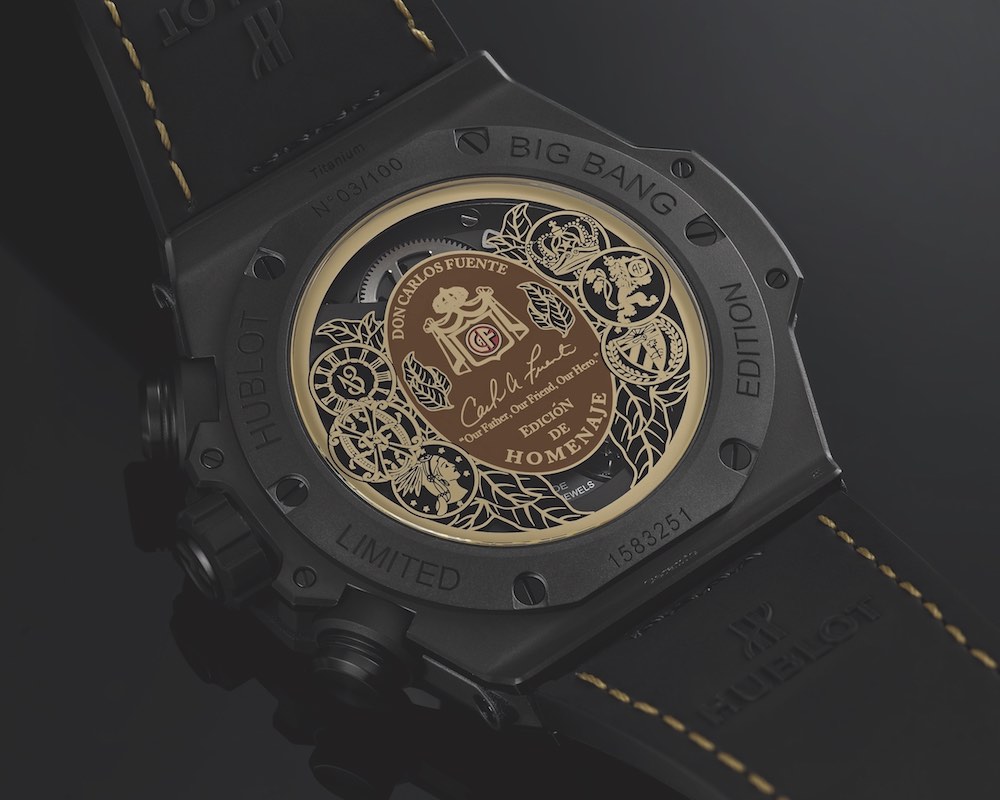 Finally, the back of the watch is engraved with “Big Bang Limited Edition” along with the number of the piece in the limited edition run of 100 pieces. 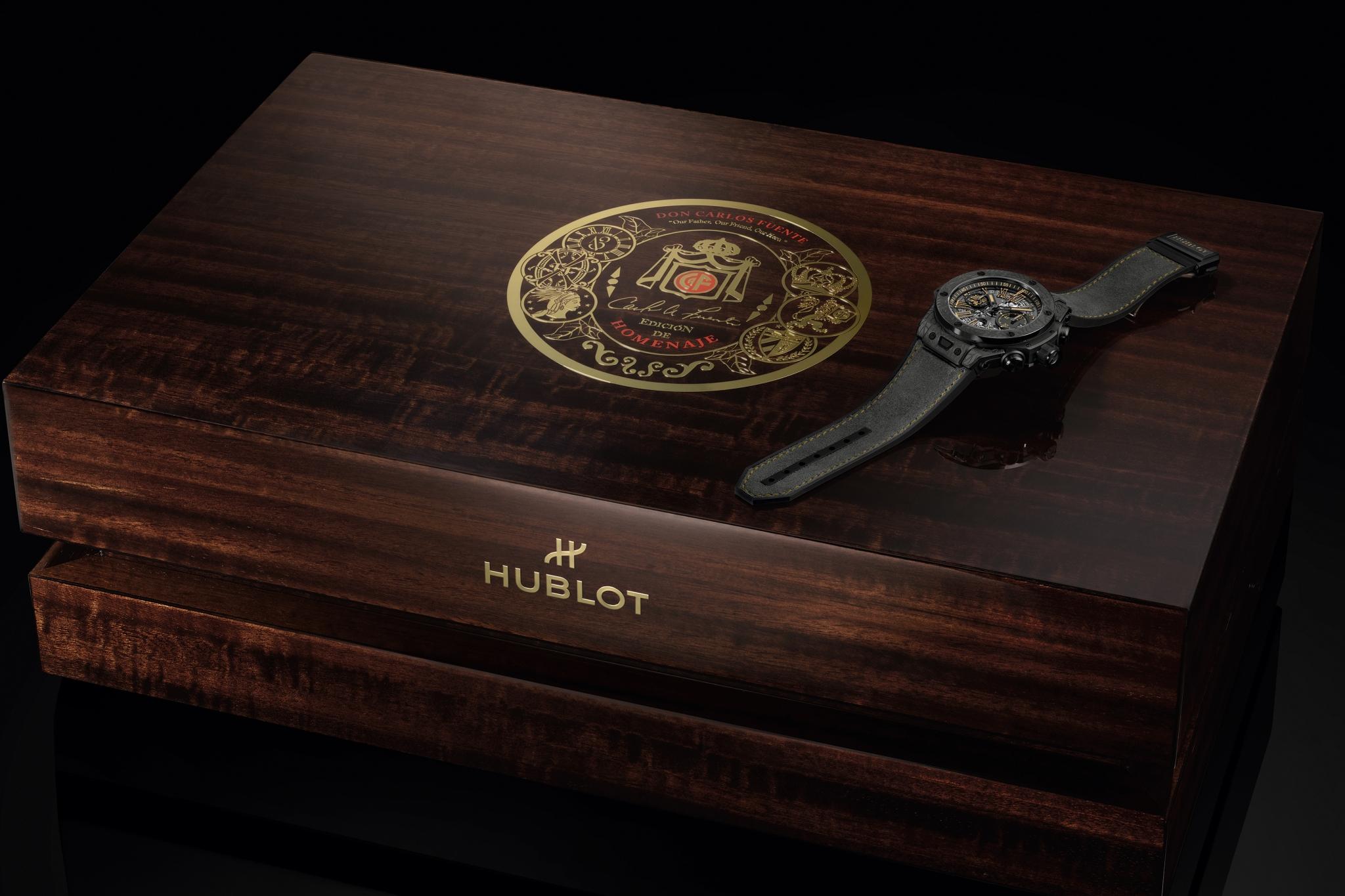