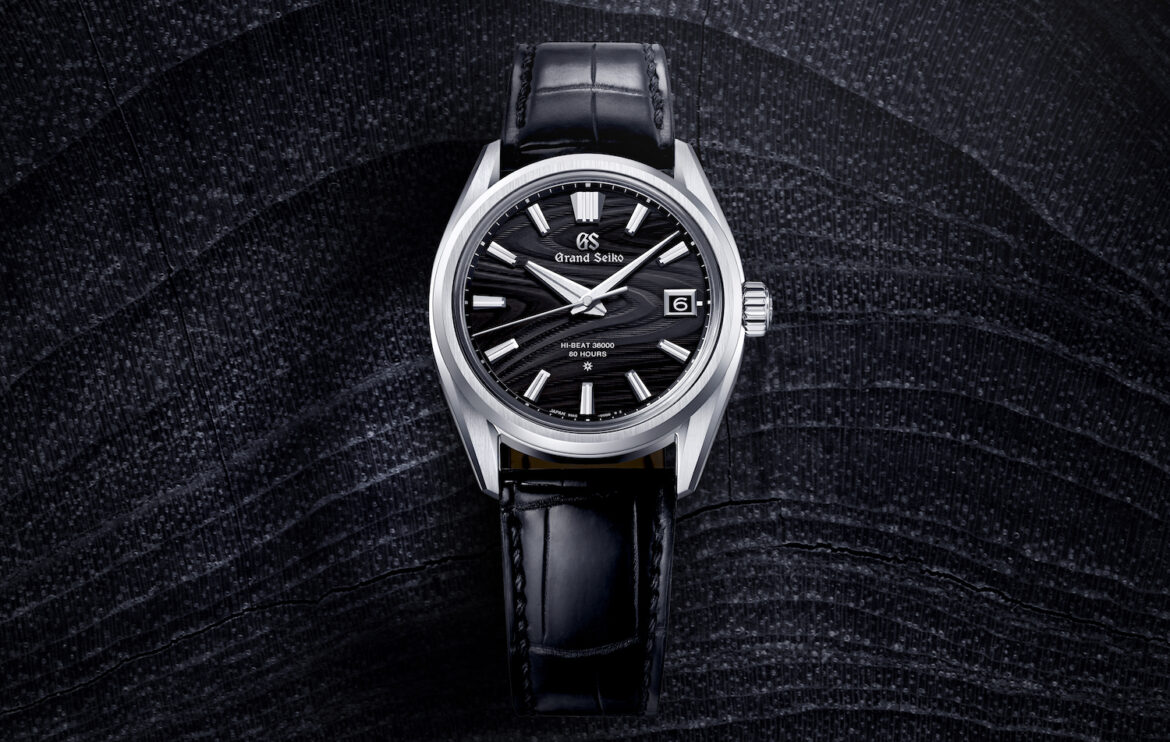 The watch debuts amid a 2021 Grand Seiko launch that also includes a new Spring Drive chronograph, a set of Elegance dress watches with dials inspired by the seasons, and a Spring Drive high jewelry model. We’ll show you details about these pieces in upcoming posts.

With its intricate depiction of tree grain, the new limited edition is meant to embody Seiko-founder Kintaro Hattori’s spirit and vision. “As if stretching back to reveal the very roots of Kintaro’s story, a series of delicate and organic lines echo the intricate rings that denote each year’s growth,” according to the brand. 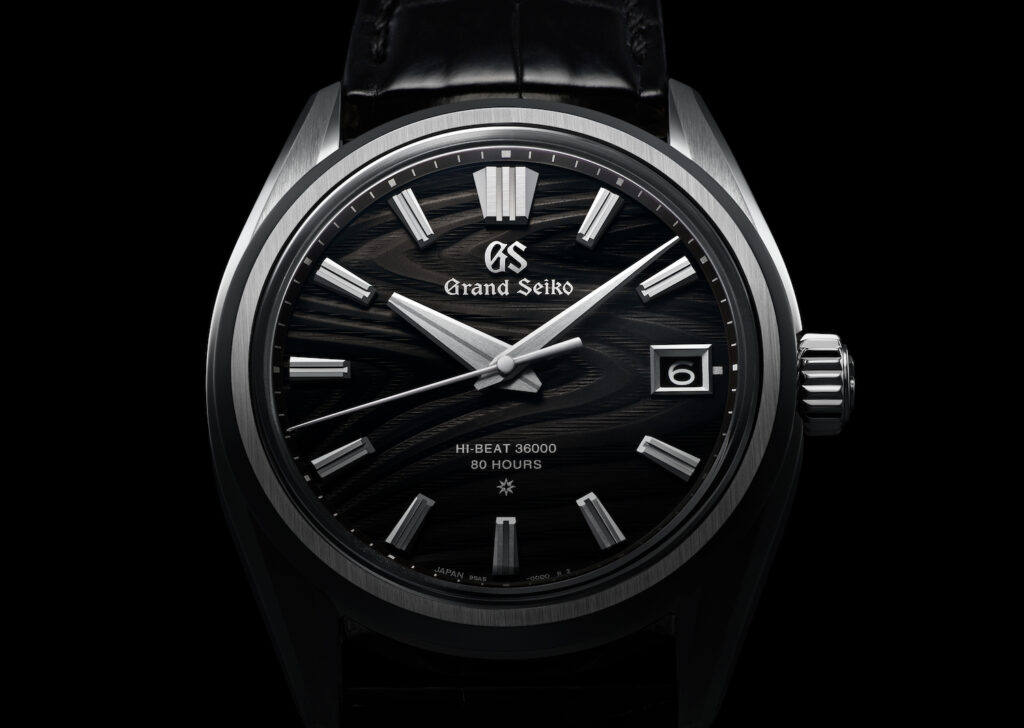 Grand Seiko artisans have devised a dial with a three-dimensional appearance enhanced by how light plays off textural undulations. The wood grain effect appears realistic thanks to a subtle use of dark and light tones across the dial.

Grand Seiko says it plans to echo the design of this new model in the future, dubbing it Series 9, which will feature the larger hands designed to align exactly with grooved hour markers. In addition, this model offers its platinum case finished with a hairline pattern matched with a mirror finish. 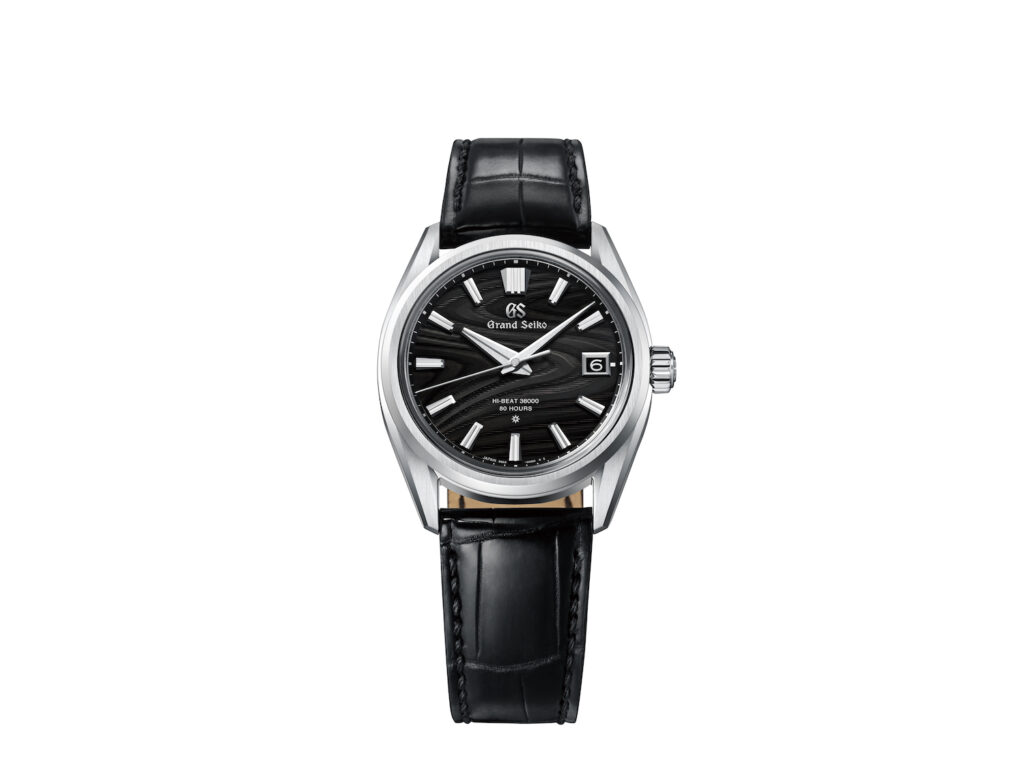 As an anniversary piece, the watch’s precious metal is celebrated. On the dial, Grand Seiko places a star at six o’clock to indicate that the indexes are solid gold, as are the GS letters, the calendar frame and the buckle.

Inside, the Grand Seiko Caliber 9SA5 is billed by the brand as its finest – and for many reasons. Primarily, the movement is thinner and is more efficient than earlier automatic calibers, attributes driven in part by a wholly new Dual Impulse Escapement. This Grand Seiko invention combines direct impulse, where power is transferred directly from the escape wheel to the balance, with conventional indirect impulse. Twin barrels also enhance the caliber’s top-rate 80-hour power reserve.

The Grand Seiko Heritage Collection  Seiko 140th Anniversary Limited Edition will be available as a limited edition of 140 at the Grand Seiko Boutiques and selected Grand Seiko retailers worldwide in July 2021. Price: $59,000.