The dial and layout of the steel-cased watch echoes the 60th anniversary models presented earlier this year, with their blue dials and historically referenced hands and markers. Here, however, Grand Seiko adds a standard-beat automatic model to the anniversary lineup (the previously announced example features a Hi-Beat 36000 caliber). 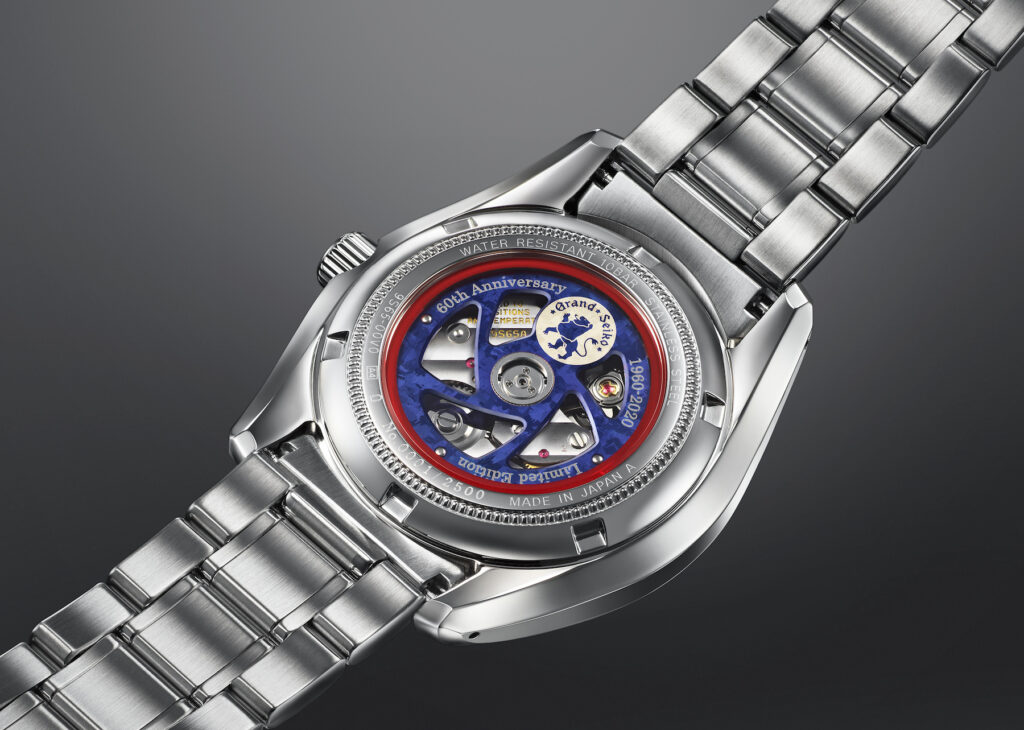 The automatic caliber here is also marked on its visible rotor with a special shimmering blue color, created using an oxidation process that both echoes the blue dial and is meant to mirror light seen in the morning through the windows of the new Grand Seiko’s Shizukuishi and Shinshu studios.

Grand Seiko has applied the blue hue to the titanium sections of the oscillating weight, adding anniversary text and date and the Grand Seiko logo. All of this, framed in a red ring (to recall the “red of the morning sun”) is visible through the watch’s sapphire crystal caseback.