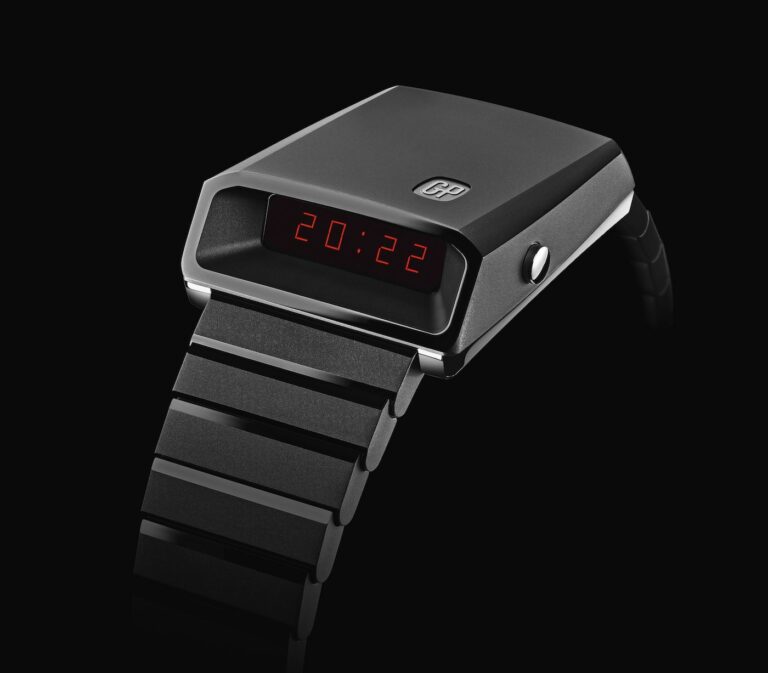 With the new Casquette 2.0, Girard-Perregaux revisits its Casquette, a futuristic tubular LED watch first seen in 1976. The watchmaker this week introduces an updated version of the quartz-powered watch with new case materials and new functions.

Like the original model, which Girard-Perregaux offered from 1976 to 1978, the new version retains a forward-facing, driver’s-watch-style case and characteristic red LED display showing the hours, minutes, seconds, day, and date.

For the Casquette 2.0 update however, Girard-Perregaux has added several functions to the display, including the month, year, a chronograph, a second time zone display and a ‘secret’ date. (The latter function allows the wearer to save a memorable date, such as an anniversary or birthday, to appear each day at a time specified by the wearer.) 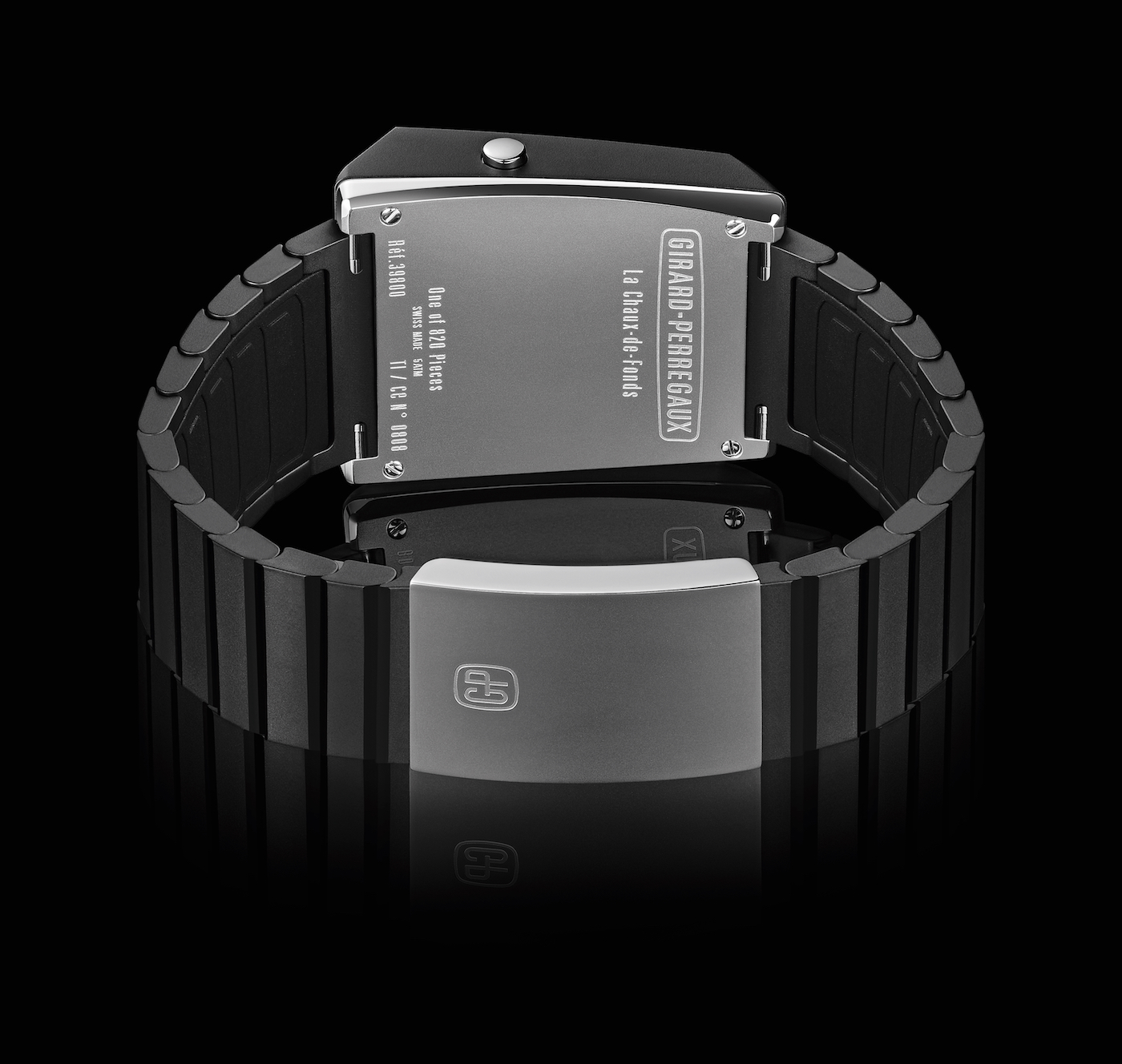 Astute observers may recall that Girard-Perregaux entered a Casquette into last year’s Only Watch charity auction. That one-off watch featured a new movement, the Caliber GP03980, which now powers the Casquette 2.0 series. Made in collaboration with Bamford Watch Department, the watch sold for CHF 100,000, and foreshadowed the release of the Casquette 2.0.

“Not all watches retain their looks and desirability with the passage of time,” says Patrick Pruniaux, CEO of Girard-Perregaux. “However, since production of the original Casquette ceased in 1978, the interest in this watch has never diminished. We regularly receive inquiries and have witnessed these models attract much attention, fetching 10 times their original sales price on the pre-owned market.” 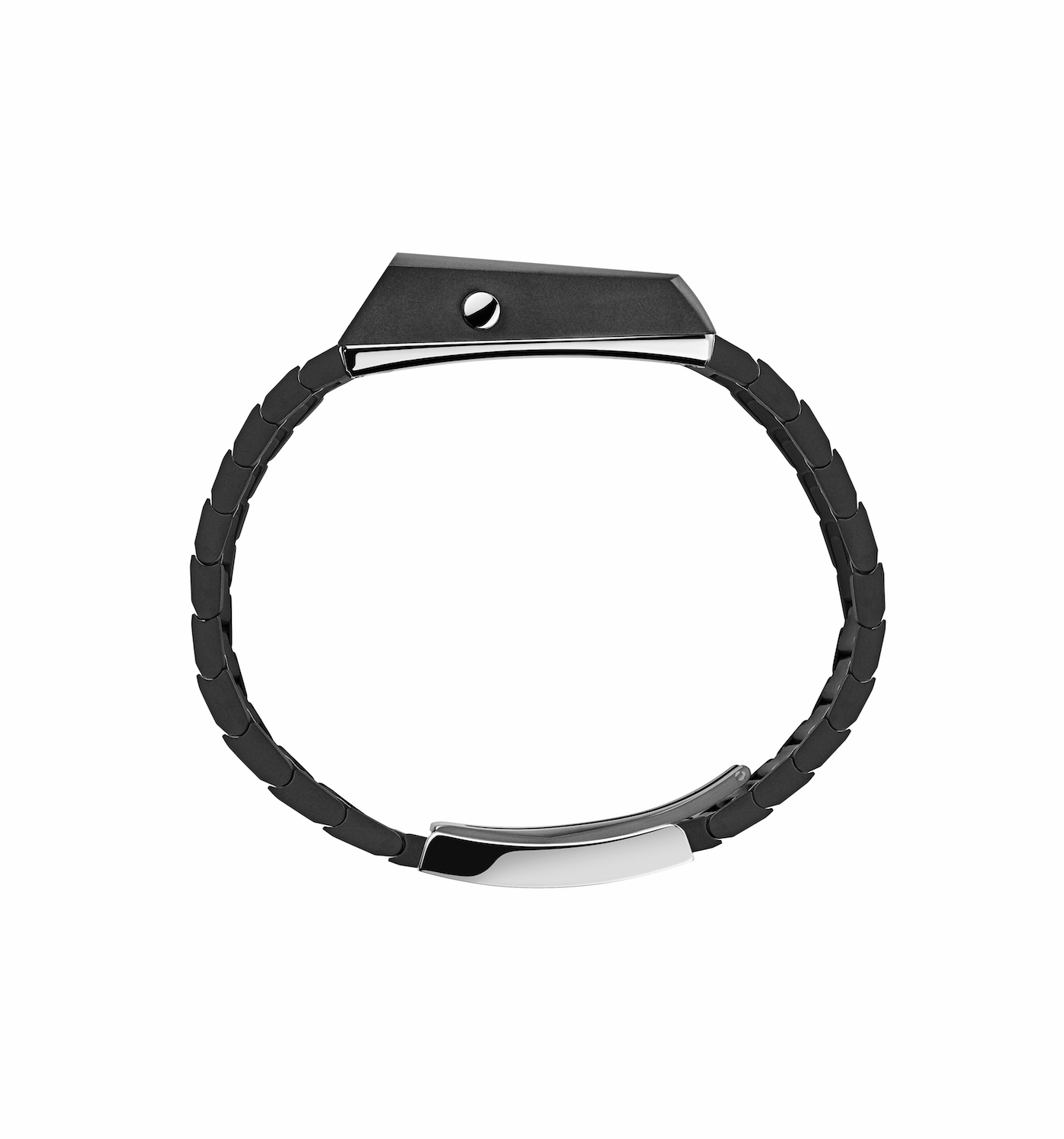 To display the time or access any of the new Casquette 2.0 features, the wearer must first press a pusher. This on-demand feature extends the quartz movement’s battery life, which Girard-Perregaux estimates is two years.

The newly designed ceramic bracelet features a rubber interior that Girard-Perregaux says is “more flexible and comfortable than its counterpart fitted to the original Casquette.” And you’ll now find a folding titanium buckle holding the bracelet to the wrist. 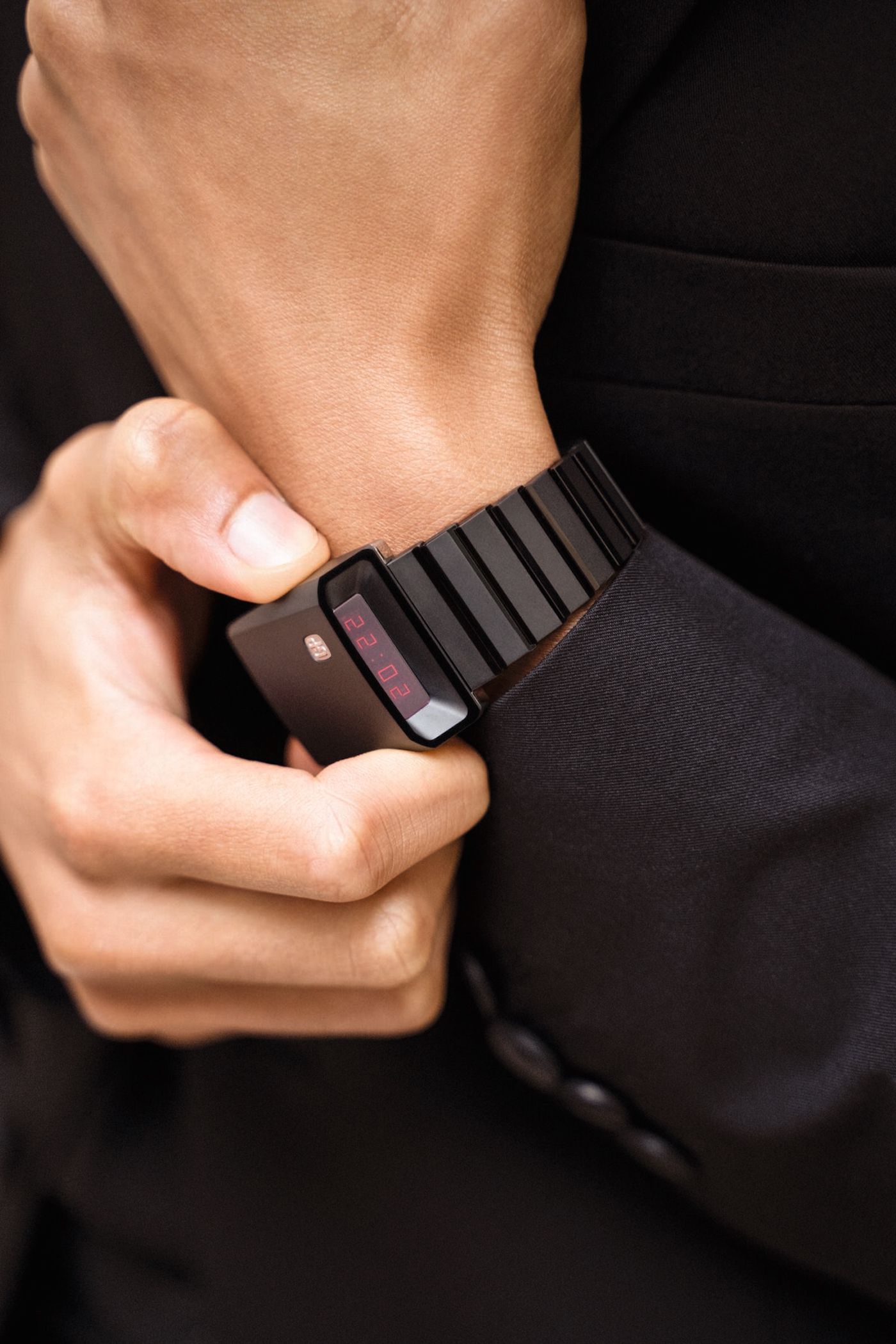 Girard-Perregaux is limiting the production of the new Casquette to 820 pieces– a reference to 8,200, the total number of Casquette watches made in the 1970s. The pricing for the Casquette 2.0 is almost as retro as the watch design: $4,700. Already sold out on the Girard-Perregaux website, you might find it in select Girard-Perregaux retailers. 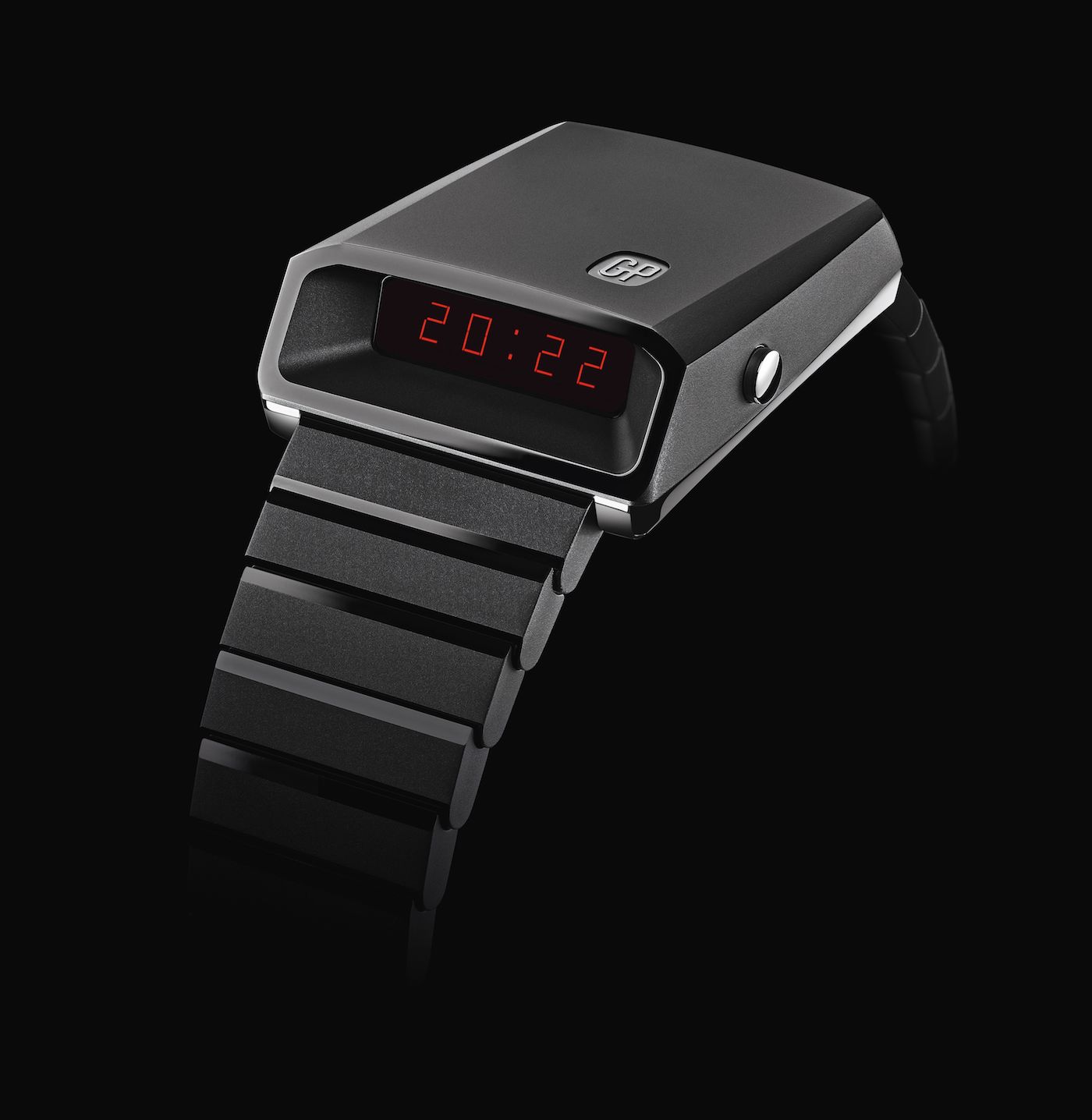