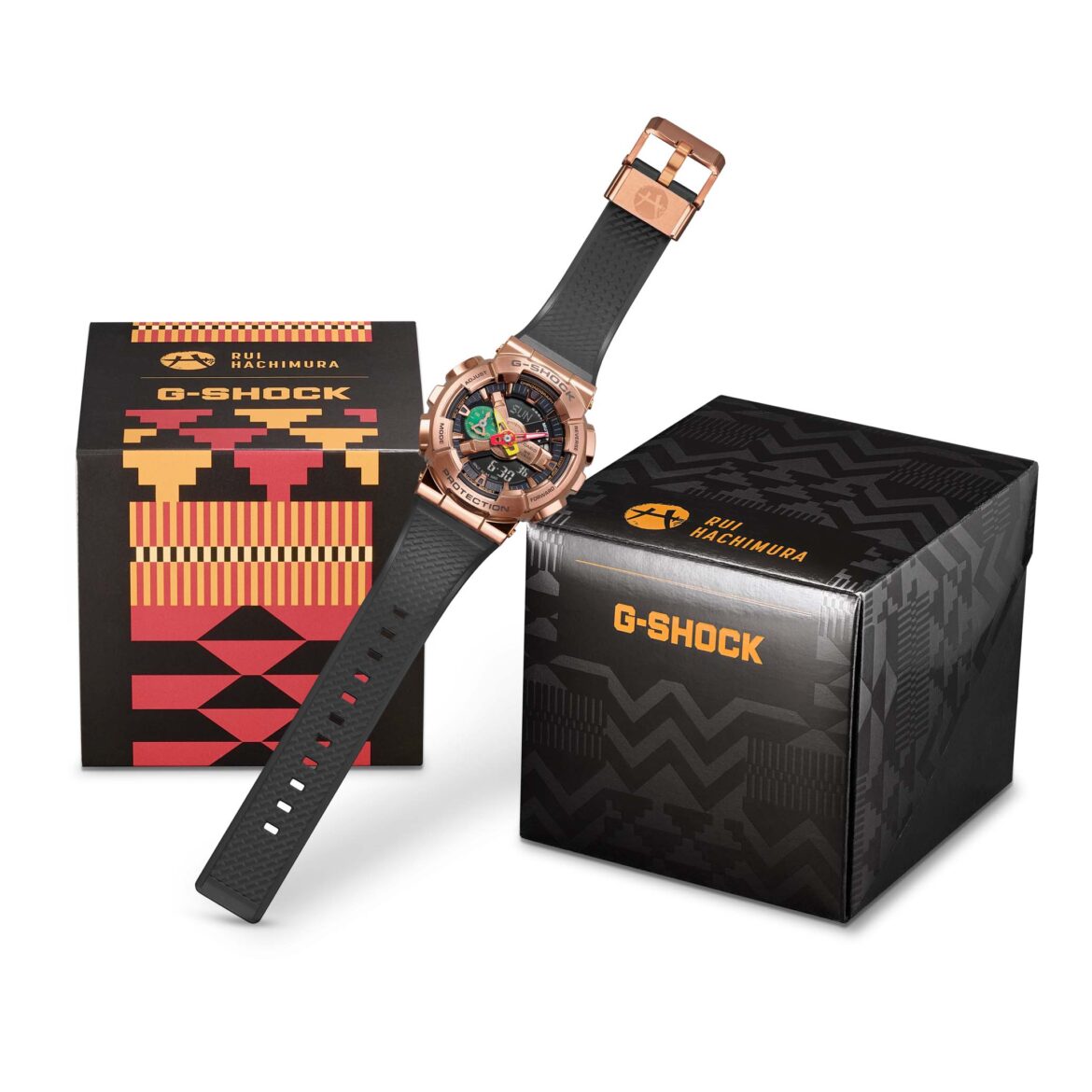 G-Shock adds a colorful new limited edition G-Steel model with the GM110RH-1A, the second watch made in collaboration with NBA star Rui Hachimura, the first Japanese player ever to be taken in the first round of the NBA draft (2019).

G-Shock started the new design by adding a polished copper bezel to its GM110 case. Then, inspired by the colors of the national flag of Benin, where Hachimura’s father was born, G-Shock added yellow, red, and green accents to the dial and band loop on one of the GM110RH-1A interchangeable bands. The yellow hour hand, red minute hand, green inset dial and Y-shaped bridge offer a particularly high level of visibility. 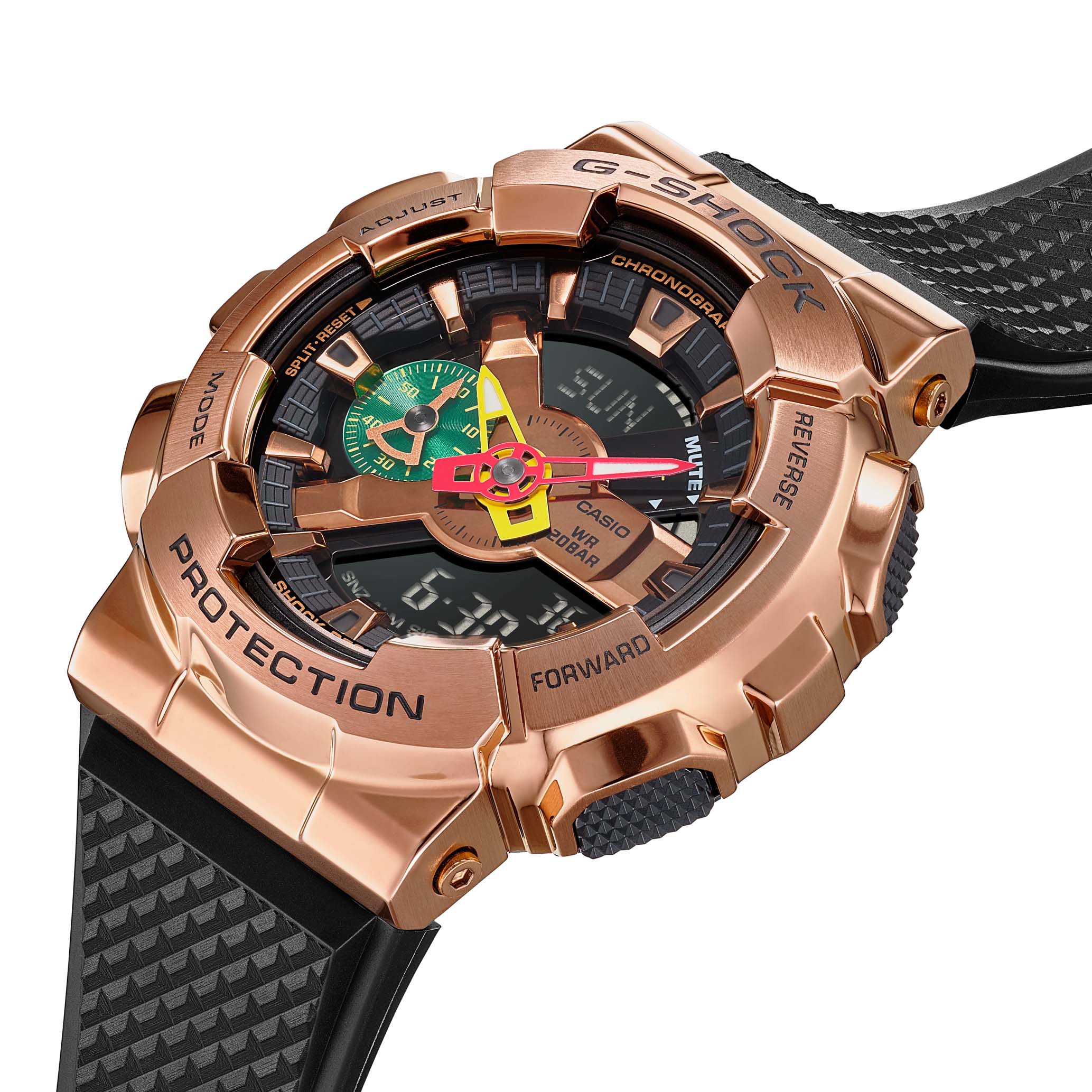 G-Shock includes two interchangeable rubber straps with the watch. One is a black textured band with a metal copper IP buckle. The second is inspired by a West African Kente-cloth motif. Kente are specially woven festive ritual cloths used in West Africa. Finally, G-Shock engraves Hachimura’s signature Black Samurai logo on the back plate, band loop and packaging. This combines the Japanese character for 8 and a Japanese sword.

“The watch draws inspiration from my roots in Benin and Africa, which are very important to me,” says Hachimura. “The band design and watch face evoke elements of Beninese culture and I am delighted at how Casio brought my ideas to life.” 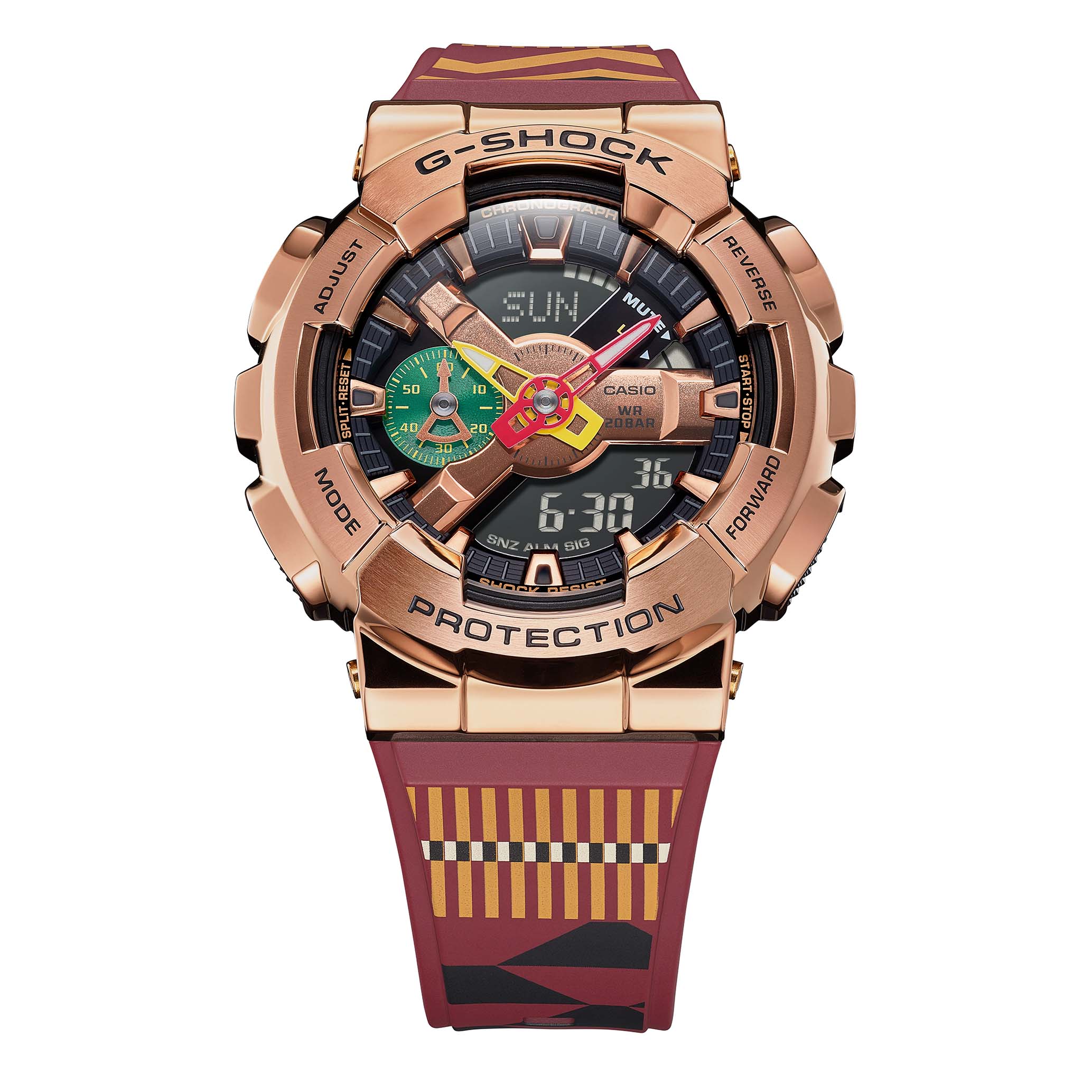