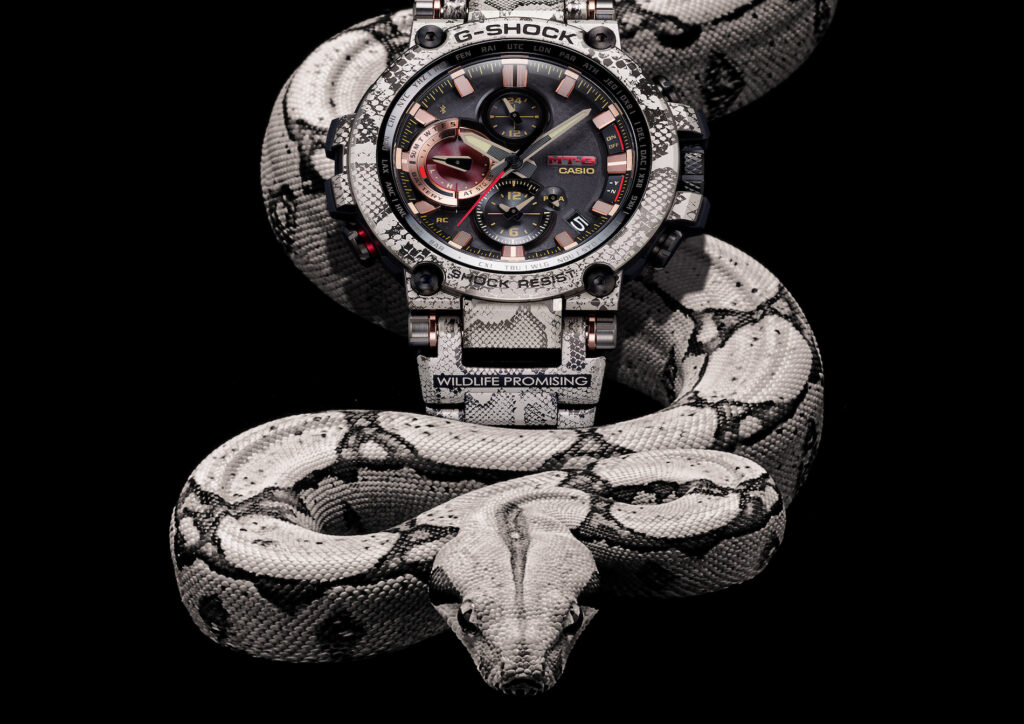 G-Shock has covered one of its MT-G models (the MTGB1000WLP1) with brown, black and gold python pattern as part of its latest collaboration with Wildlife Promising, a nonprofit organization dedicated to African wildlife preservation.

The pattern, inspired by the African Rock Python, boasts a laser-etched band, case and bezel meant to mimic the skin of Africa’s largest python.

The idea is of course to raise funds for the wildlife group. And the connection to the African Rock Python goes beyond the python’s skin pattern. The second hand on the dial sports a bright red color to match the color of the snake’s tongue, while the indicator hand at the 9 o’clock position emulates the triangular pattern found on the top of the python’s head.

In addition, the name of the organization, Wildlife Promising, can be seen on the watchband. On the back of the watch G-Shock has etched “Love The Sea And The Earth,” the organization’s tag line. 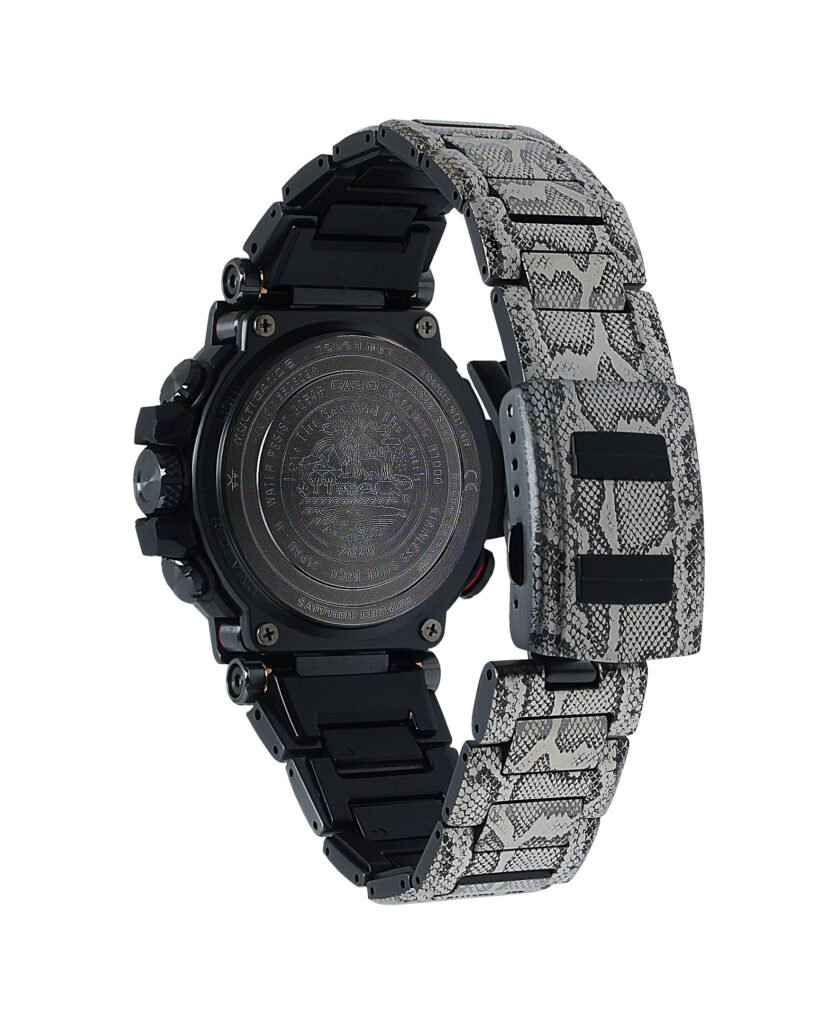 The watch’s technical specs remain intact, including all the features of the original MTGB1000 base model. This MTGB1000WLP1 retains its Bluetooth connectivity and time synchronization via the G-Shock Connected app and Multi-Band 6 radio-controlled timekeeping. Light powers the movement, which is protected by a sapphire crystal. 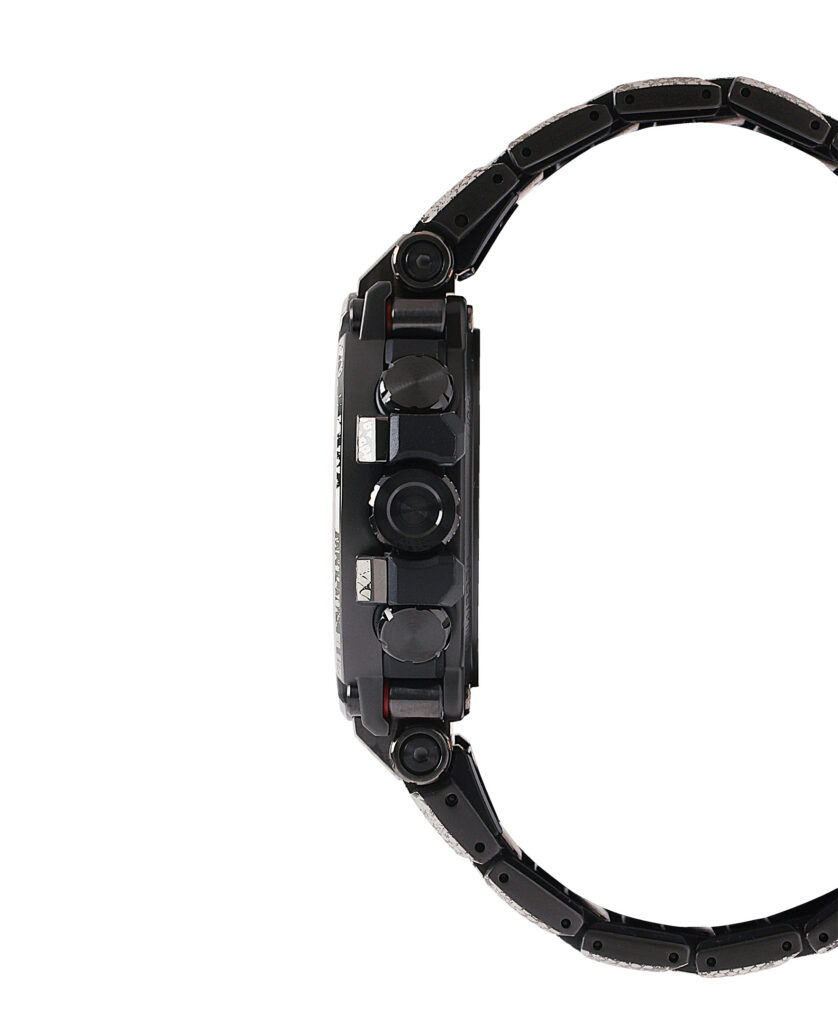 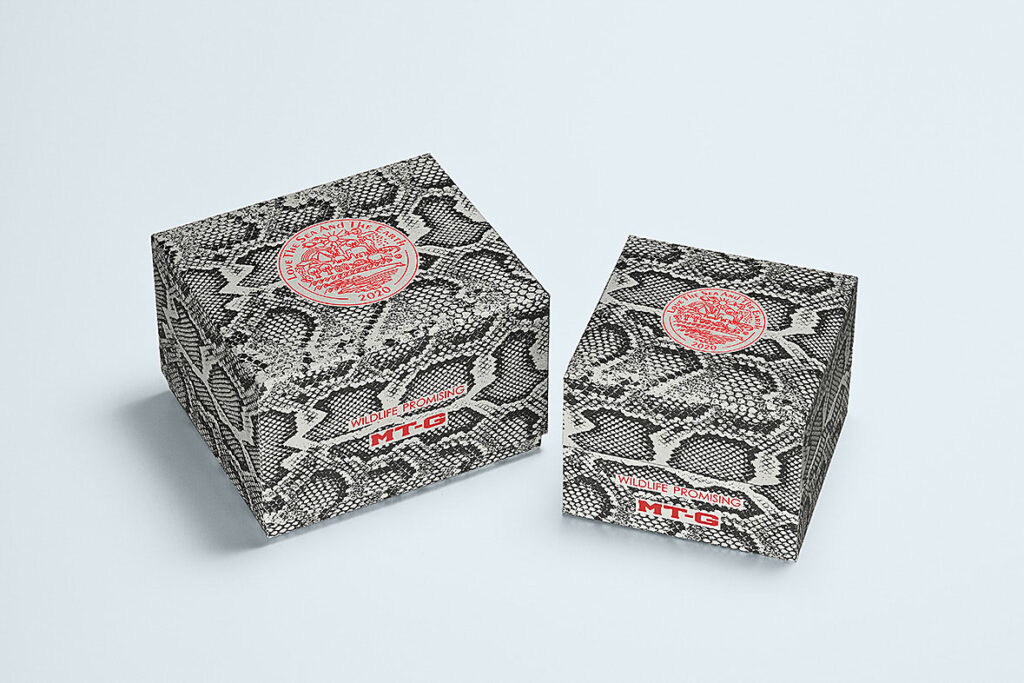 The G-Shock MTGB1000WLP1 ($1,300) will be available in December at select G-SHOCK retailers, the G-SHOCK Soho Store, and gshock.com.