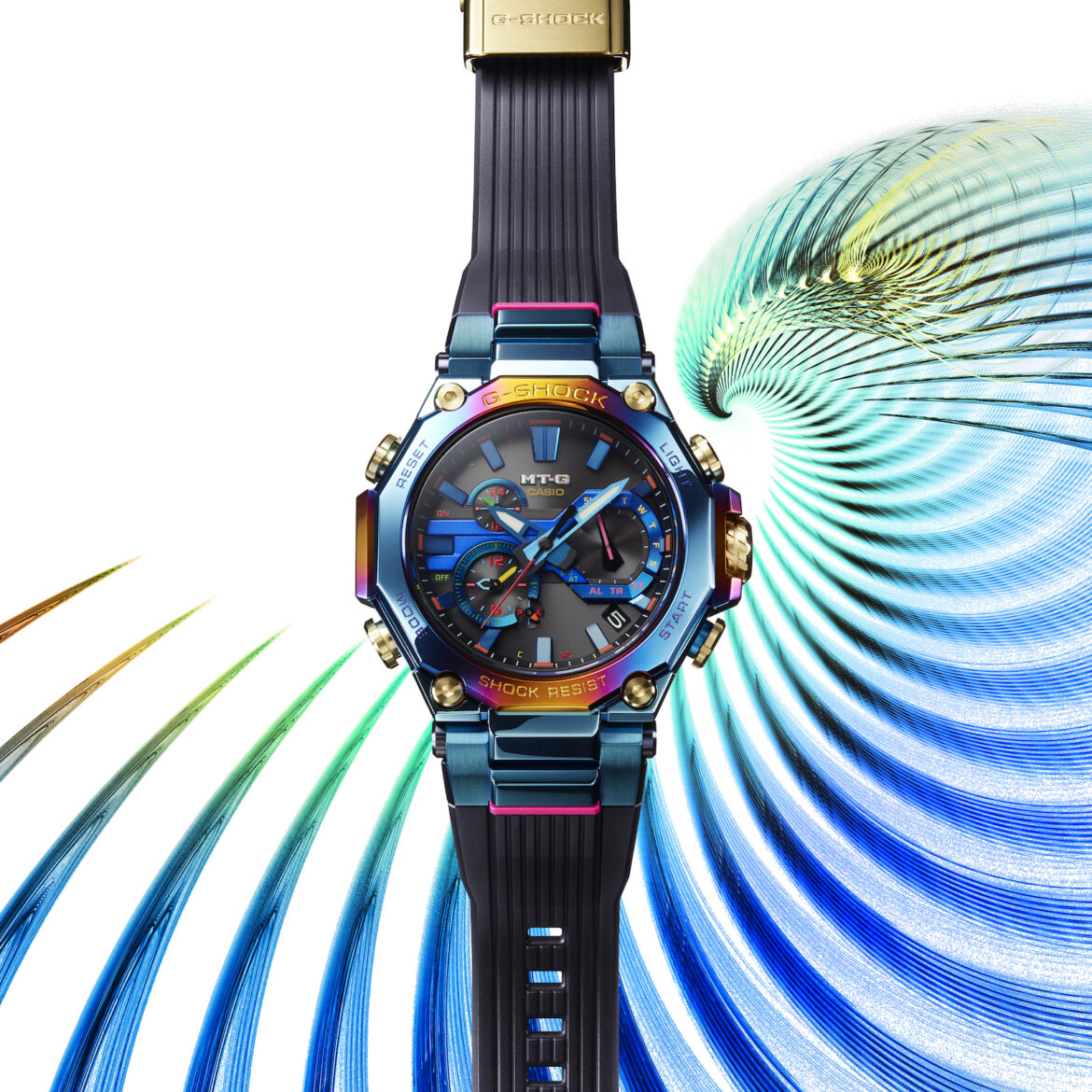 G-Shock vies for immortality as it debuts a watch within its luxury MT-G collection made with colors said to recall the Blue Phoenix, a bird sometimes called the Chinese phoenix and said to be a symbol of good luck, or more specifically immortality and rebirth.

The new G-Shock MTGB2000PH2 is a limited-edition steel and carbon watch with an eye-catching, rainbow-colored bezel and case. Its yellow to red IP-finished case flash atop a largely blue hue. These colors echo on the dial as well, along with purple, pink, orange and yellow accents. 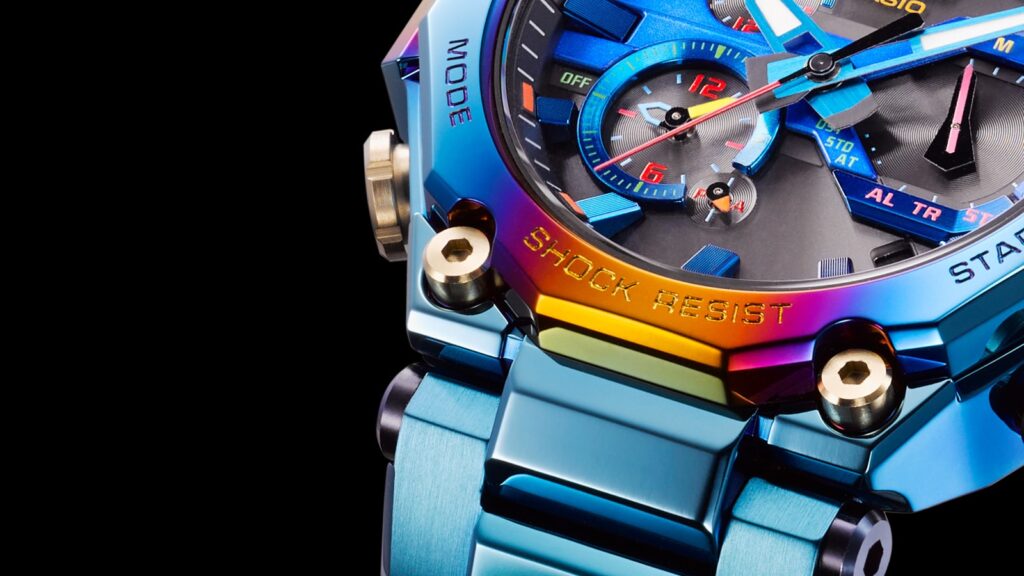 G-Shock created the watch with two types of colorful IP finishing, with horizontal gradation on the bezel and vertical gradation on the case. The resulting color variation creates a set of unique patterns that vary from watch to watch, which means no two G-Shock MTGB2000PH2 models are the same.

The new watch continues G-Shock’s exploration of colorful IP-finished cases and bracelets. This latest example comes two years after G-Shock debuted the much-discussed rainbow-finished MTGB1000RB-2A, and more recently following the debut of several colorful Full Metal Series models. Only a few weeks ago, G-Shock upped the ante with the gold and rainbow-colored GMWB5000TR-9, the first titanium G-Shock with an all-mirror IP finish. 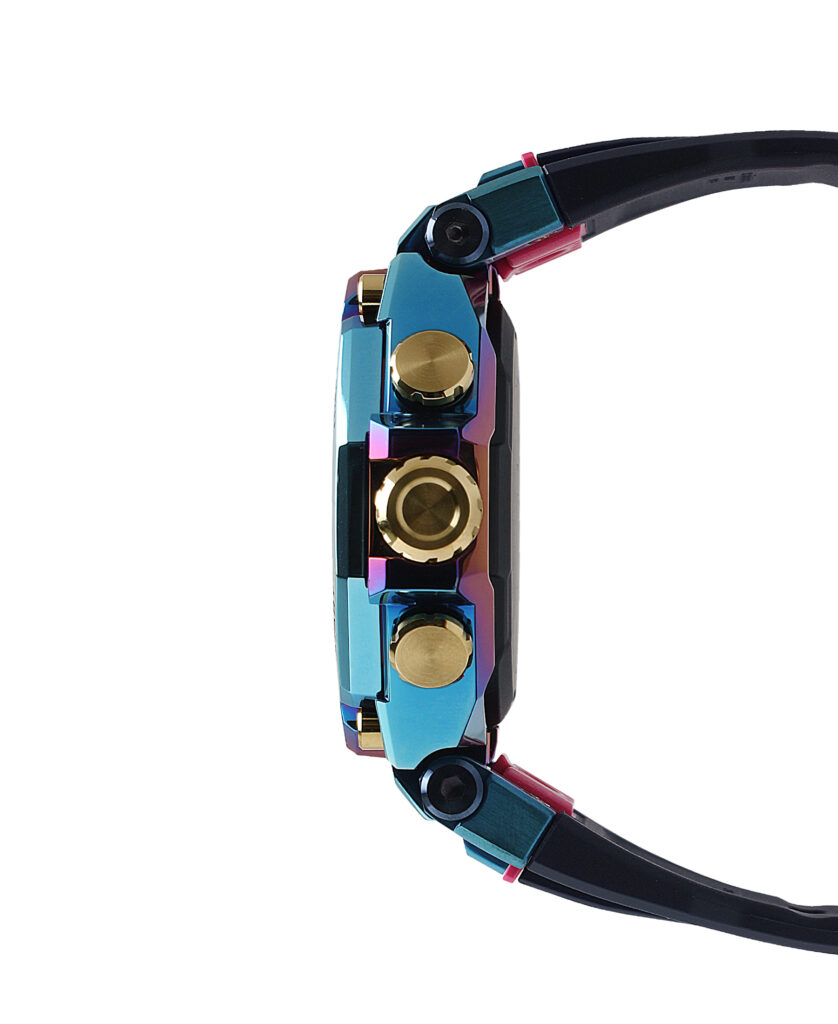 As an MT-G collection model, the watch offers a Bluetooth communication function that can automatically connect with the G-Shock Connected app. In addition, the full range of G-Shock technical and anti-shock structural features are also here, including a sapphire crystal, Carbon Core Guard structure and Tough Solar Power. Basic features include high-brightness LED illumination, dual time and chronograph. 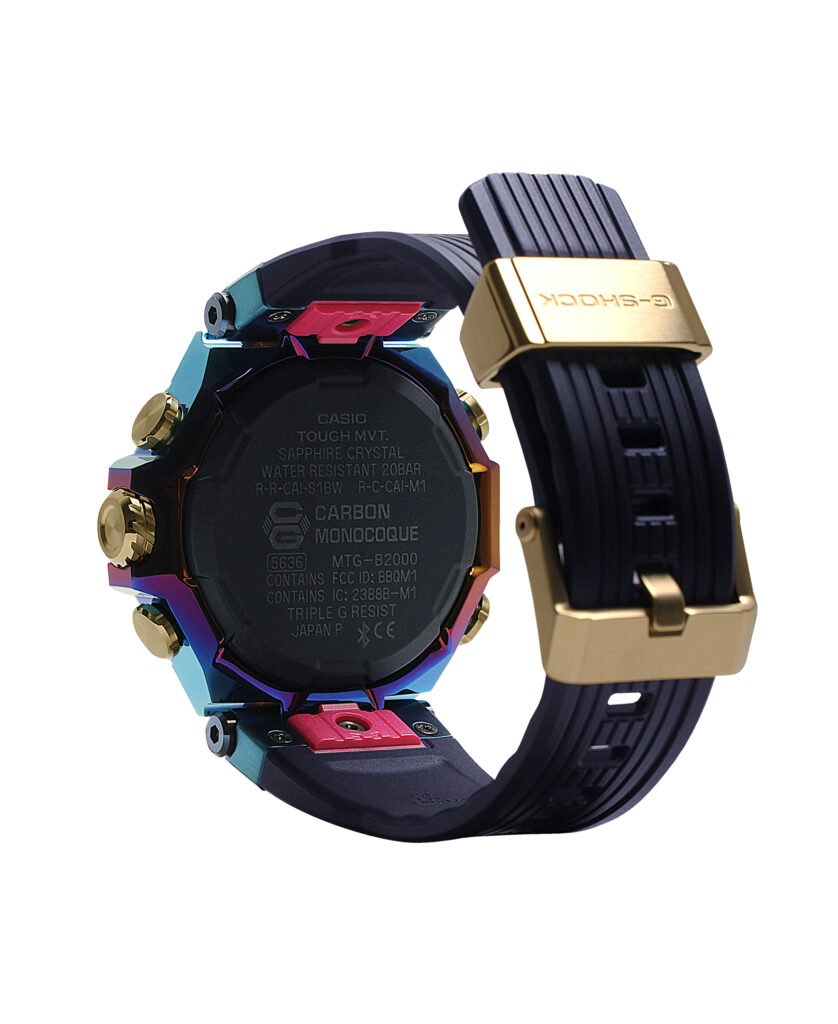 The G-Shock MTG-B2000PH ($1,100) will be available beginning in June at G-Shock retailers, the G-Shock Soho Store, and gshock.com.