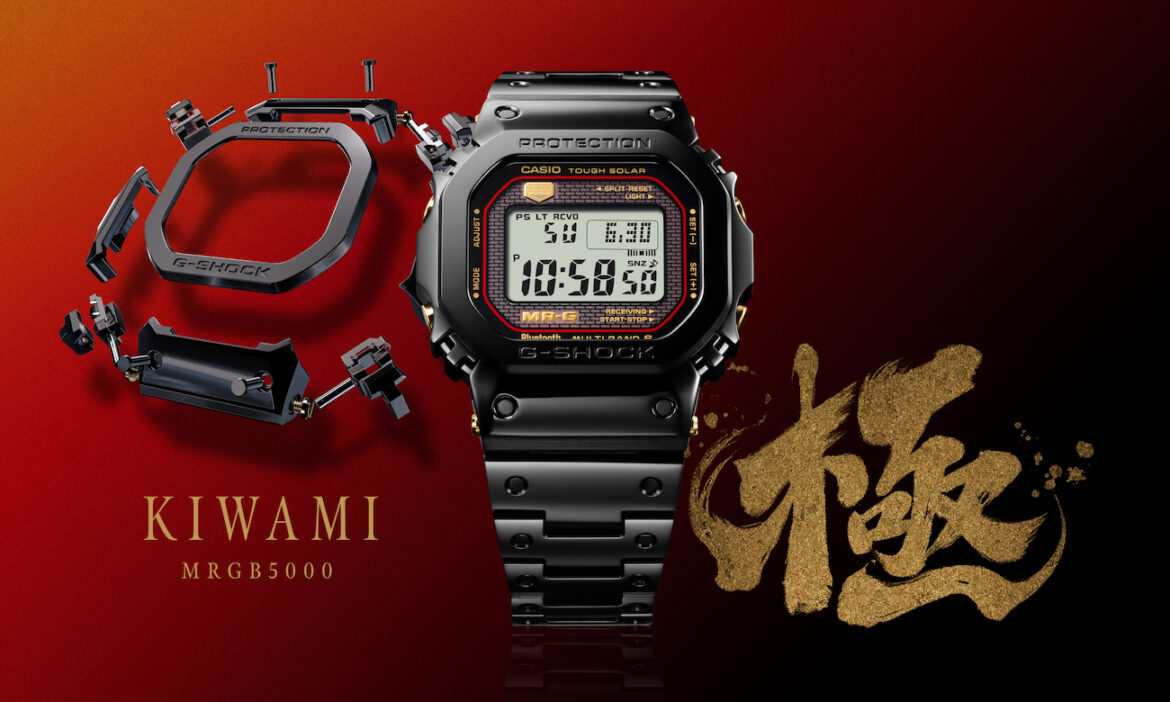 For years G-Shock has paid tribute to the 1983 original TV-screen-shaped digital DW5000C model that propelled G-Shock to wristwatch fame. We’ve seen numerous iterations in recent years made with a wide variety of metals, finishes and colors.

G-Shock now presents the MRGB5000D-1 and MRGB5000B-1, two new versions of the famed design that deliver the watch’s trademark shape within a case made with the same premium materials and artisanal finishing seen only on the brand’s high-end (and until now, round-cased) MR-G collection.

G-Shock makes the new watches with twenty-five individual components polished with the same high-end Sallaz technique G-Shock uses only on its premium watches. Underneath the finishing however, G-Shock constructs a particularly hard shell, starting with the bezel, which is made from a cobalt-chrome alloy that G-Shock says is four times harder than titanium. 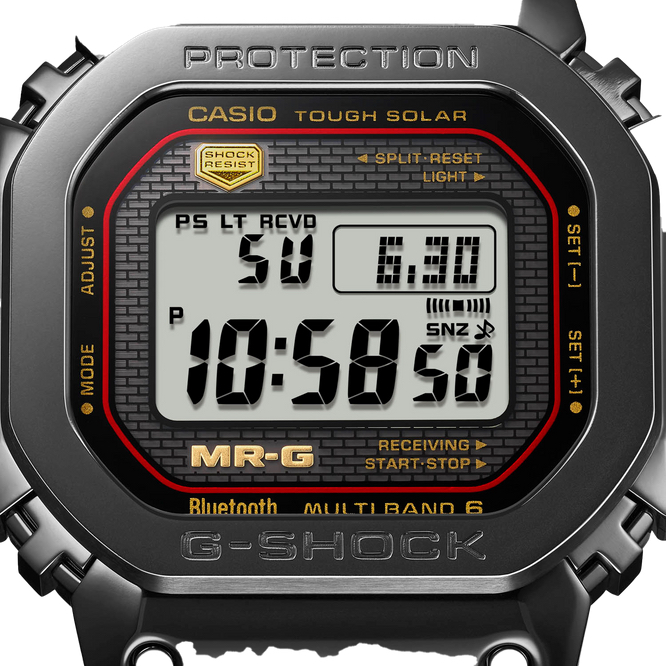 One of the new releases, the MRGB5000B-1 , is darker than the other thanks to its black coating on the case and band. The diamond-like carbon (DLC) coating is meant to resemble the original black DW5000C.

This model also adds gold-colored ion plating on the buttons and screw-lock case back, which matches other MR-G models. The second new model, MRGB5000D-1, is made with a silver-colored titanium carbide finish. Like the original DW5000C, the screen features a brick pattern and a red line frame around the digital display.

Both watches are as shock resistant as you’d expect from G-Shock. They’re made with the brand’s 25-piece Multi-Guard Structure incorporating flat springs and resin buffers between the components of the watch. 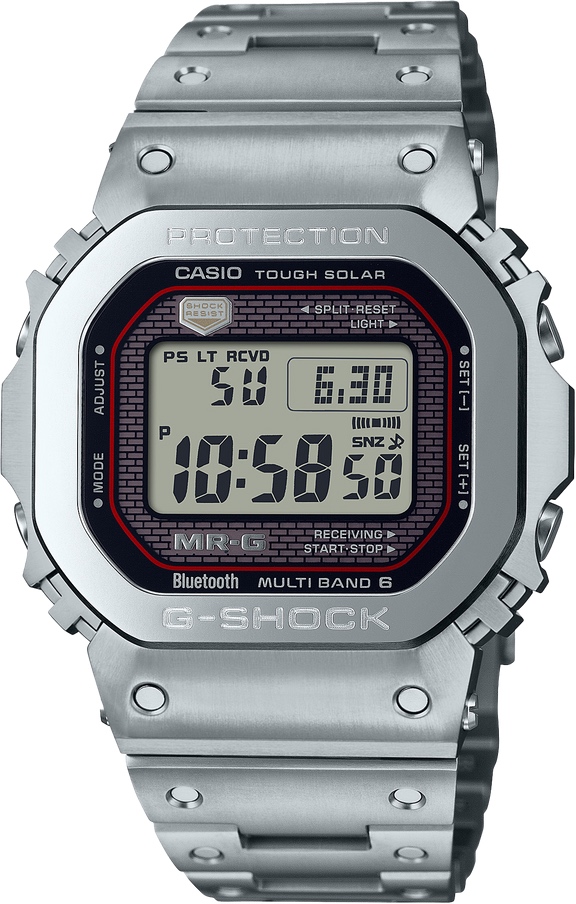 Of course, both the MRGB5000D-1 and the MRGB5000B-1 work with Bluetooth functionality that allows the watch to be connected to a smartphone via the Casio Watches app and to facilitate ‘Atomic’ timekeeping. The solar-powered watches feature 200 meters of water resistance, a sapphire crystal, Super LED display, 1 Sec. Timer (24Hr), five daily alarms, full calendar and world time. See a special G-Shock website for more details. 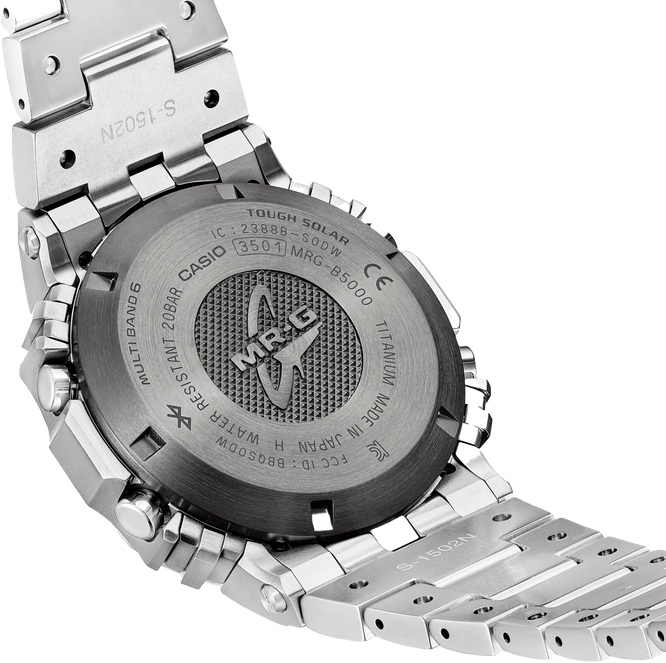