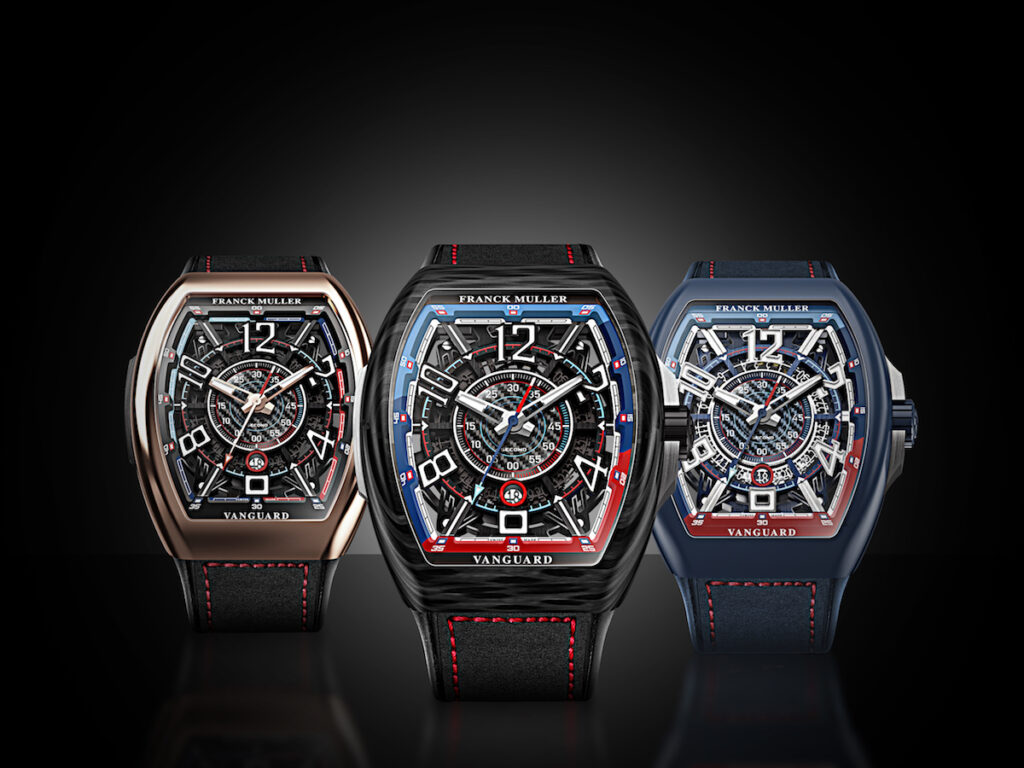 The seconds indicator on the new Franck Muller USA limited edition Vanguard Racing Skeleton Bill Auberlen starts with double zero at the bottom of the dial, not at the top. This layout, while rare on a watch dial, allows seconds to be read from both ends of the seconds hand and echoes the dashboard Auberlen would see while piloting his racecar.

The dial layout is just one of many racer-friendly details that Franck Muller built into the sporty automatic watch, which was announced earlier this year and is reaching Franck Muller boutiques and its U.S. retailers now. 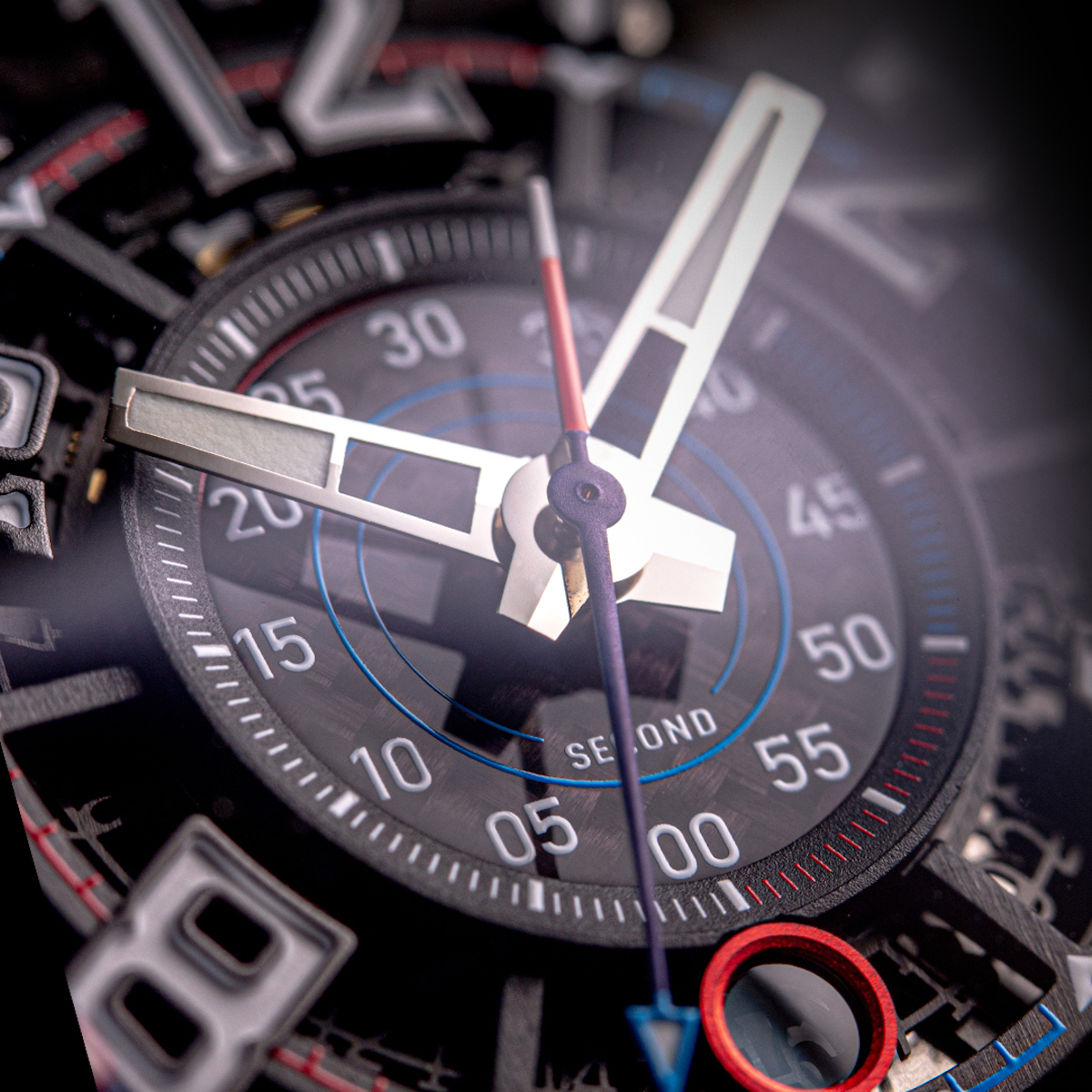 Another example can be found in Franck Muller’s choice of case materials for the tonneau-shaped 44mm by 53.7mm Vanguard watch.

The watch is the latest Franck Muller model built with Auberlen’s direct input. One of America’s most successful racecar drivers, the BMW racing driver Auberlen has won sixty-three races.

One version of the watch is built with carbon, the same ultra-light, high-performance material racecar makers utilize. Another version features an unusual blue-tinged high-tech composite called Technologie Bleu, which the watchmaker says is created by mixing ‘high purity metals and other exotic elements.’ 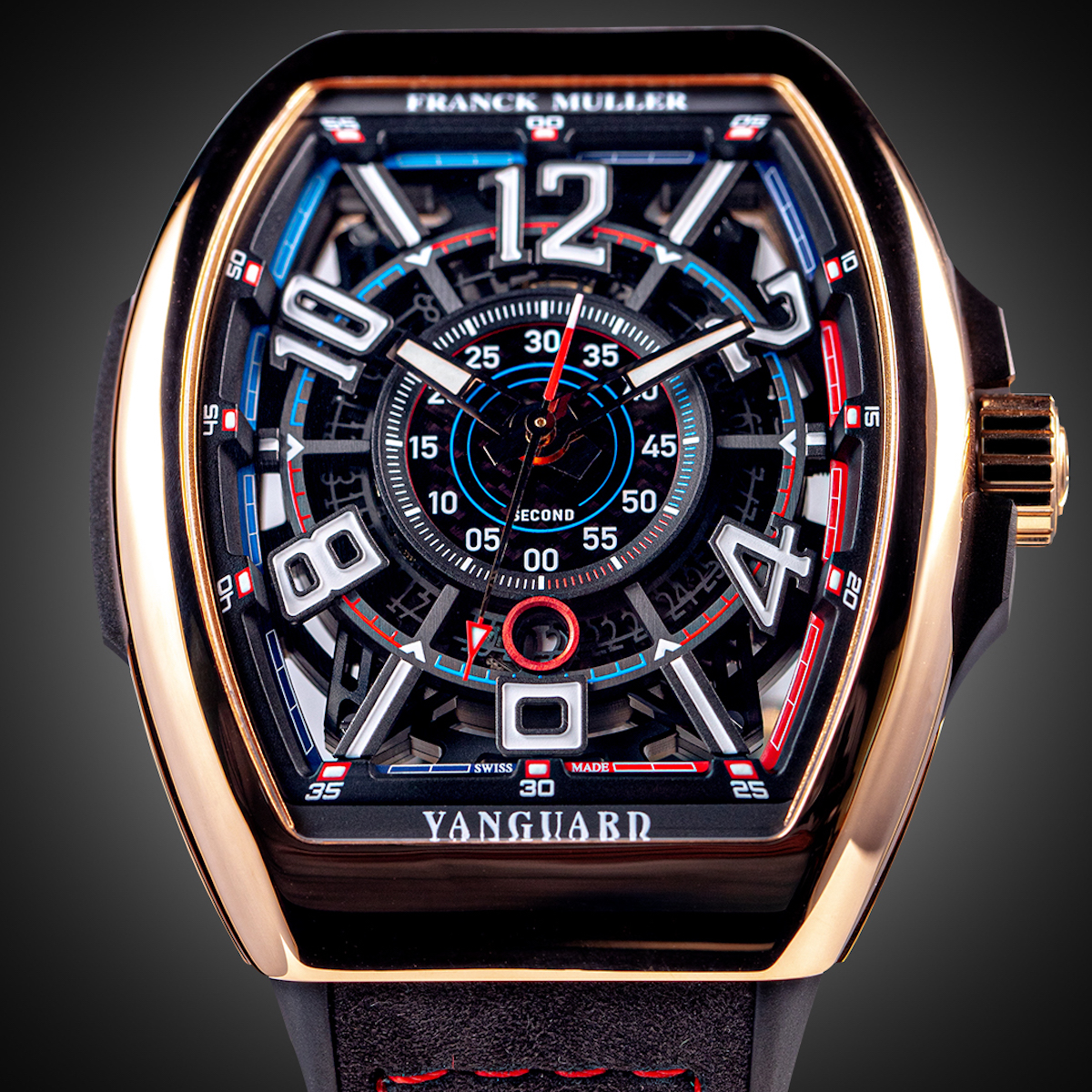 This non-conductive, non-metallic material is made using a process called the Micelle Phenomenon. Once the case is formed, Franck Muller cuts, carves, grinds and sands the material to a durable, gem-quality finish. 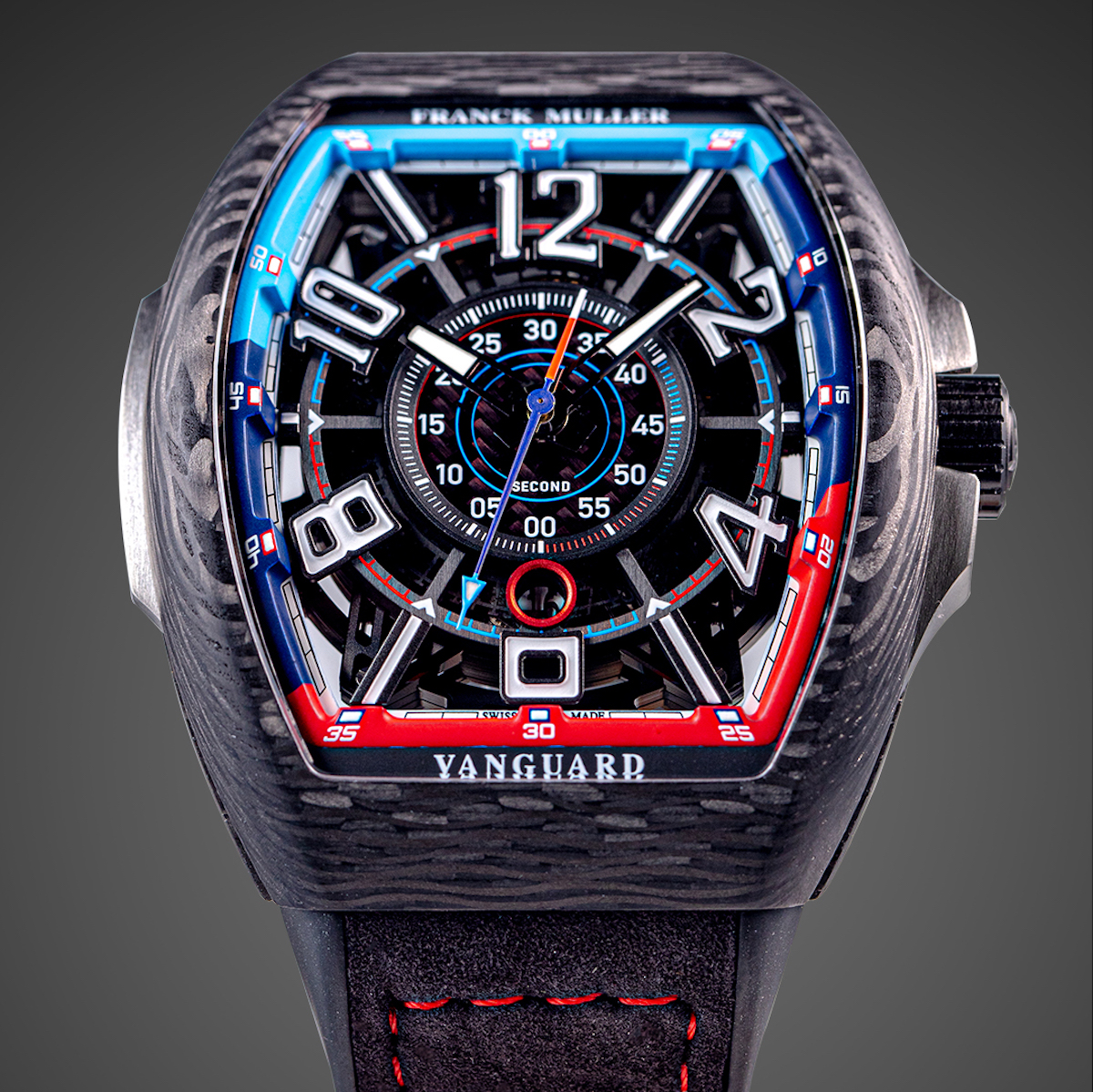 Additional sporty touches on the Vanguard Racing Skeleton Bill Auberlen include a generous use of racing red dial details across the skeletonized dial. The watchmakers at Franck Muller also attach a strap composed of Alcantara-like suede, reminiscent of a sports car interior, and lined with rubber. Instead of attaching the strap to the case using the usual spring bar technique, Franck Muller subtly integrates the strap into the case with two invisible screws. 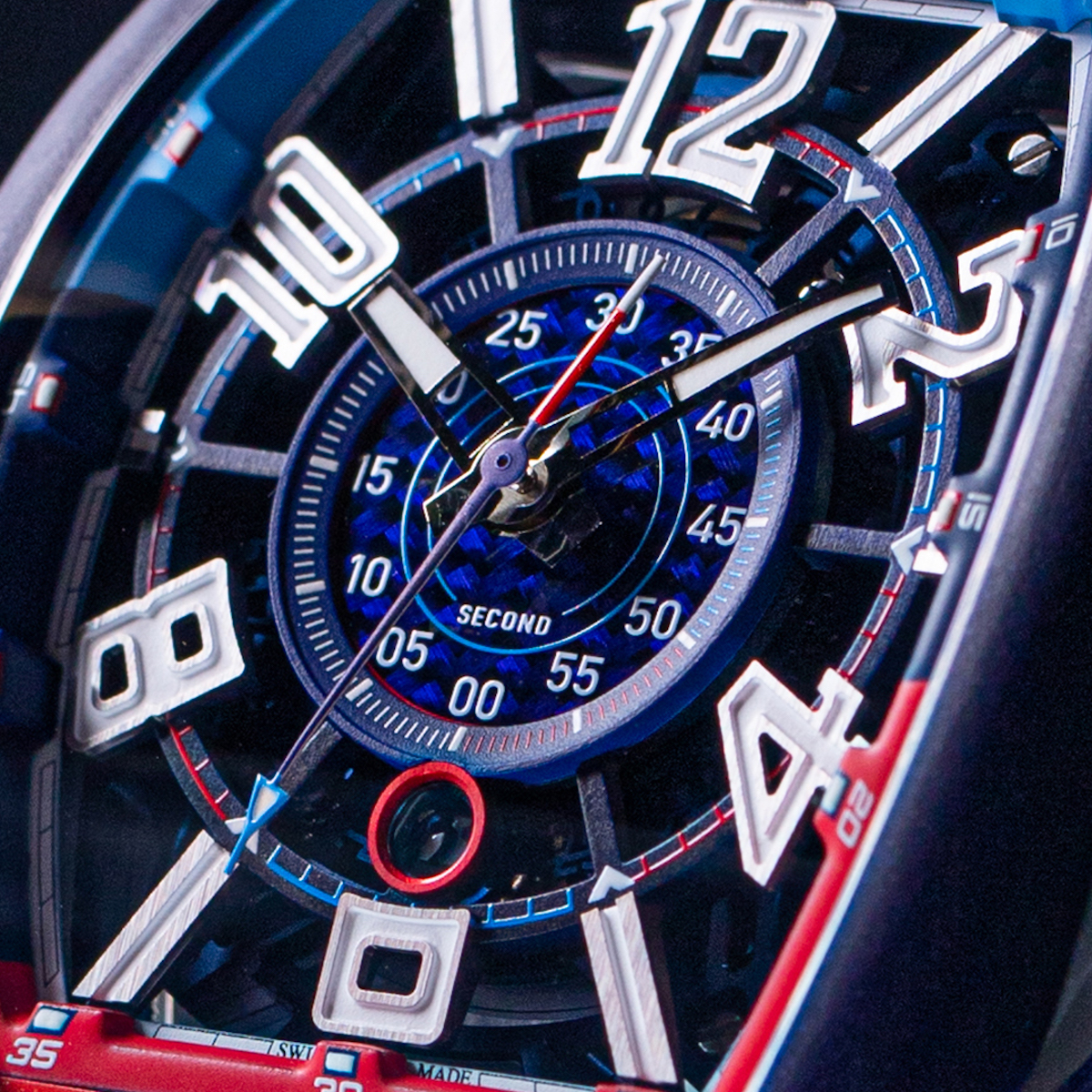 In another unusual detail, Franck Muller has skeletonized the numerals visible on the date wheel to match the open-worked dial.