Detroit Watch uses its M1-Woodward Avenue chronograph as the base of the new collection, which consists of steel models in two sizes and three dials designed with 1960s-style Gulf racecar livery colors. This means you’ll see a dial of classic light blue interrupted by an orange stripe.

The trio is differentiated by a large racecar number set within the small seconds subdial along the orange stripe. Detroit Watch is offering a choice of dials with any one of three numbers, 6, 9 and 20, which correspond to particular LeMans racecars from the late 1960s and early 1970s. Each watch is made in 42mm and 44mm steel case options. 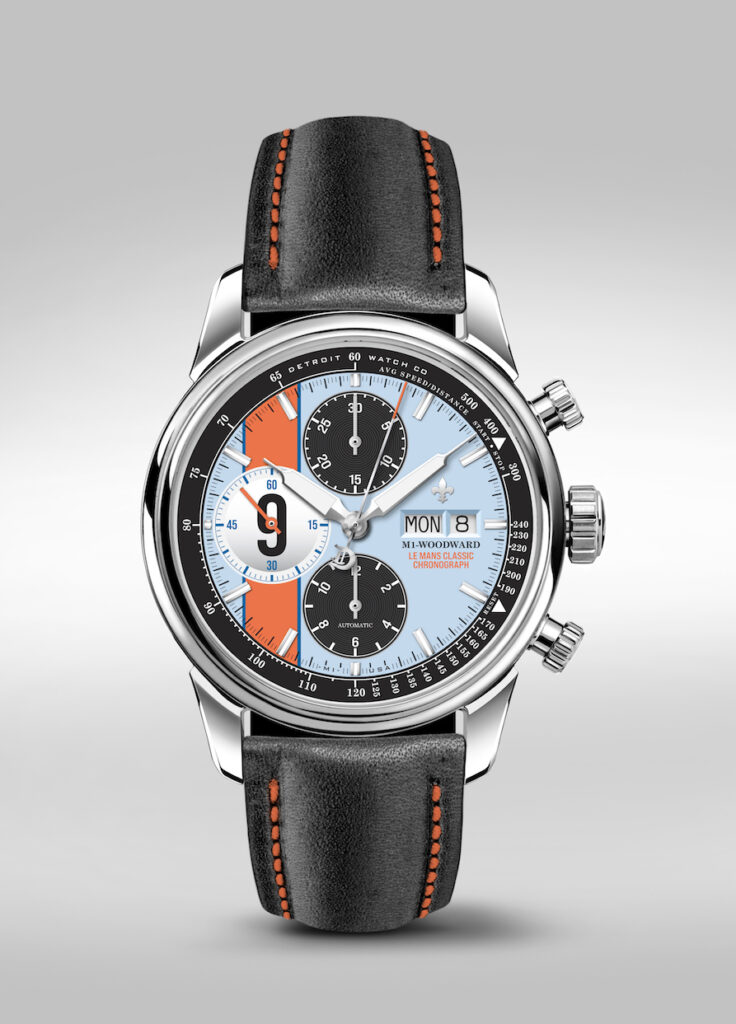 The M1-Woodward LeMans Classic Chronograph Exhibition with the number 20 refers to the Porsche 917K driven by Steve McQueen in the 1971 film “Le Mans.” Detroit Watch explains that the 1970 Porsche 917K, chassis 024, was used as a test car for Le Mans before becoming the star car that McQueen drove in the movie. 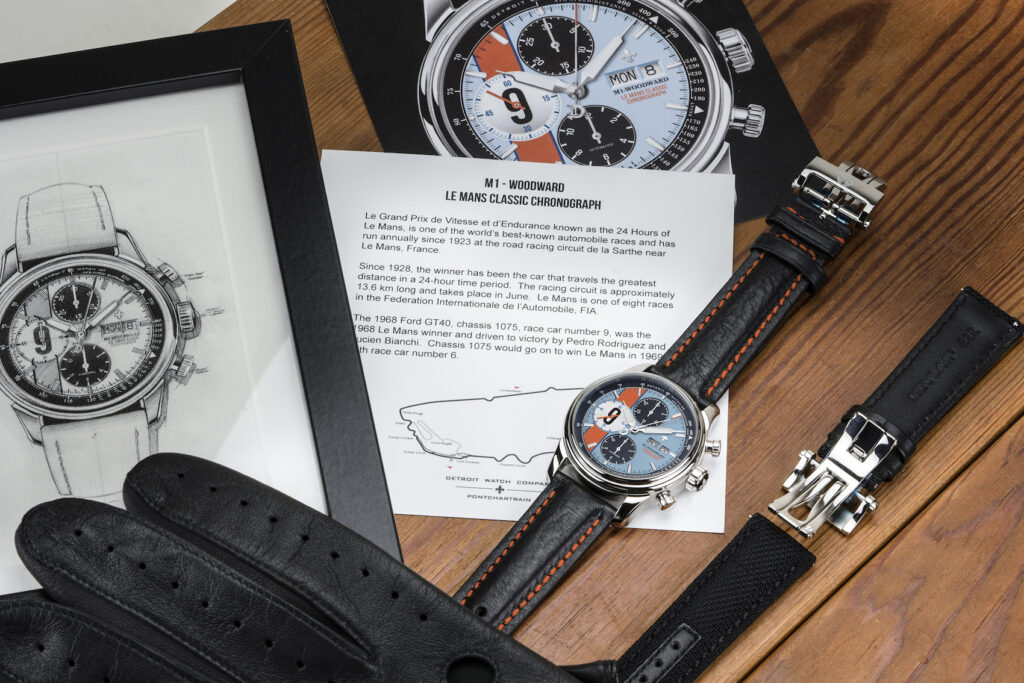 Which brings us to number 6, which references the same car, a Ford GT40 driven to victory by Jacky Ickx and Jackie Oliver in 1968 at Le Mans. This was the second Le Mans win for chassis 1075 following the 1968 win with race number 9.

Detroit Watch matches the new Le Mans dial configuration with a black leather strap with orange stitching. Priced at $1,995, the watch offers strong value given its mechanical specifications, and especially for racecar fans who particularly enjoy the sport’s evocative 1960s and 1970s era. 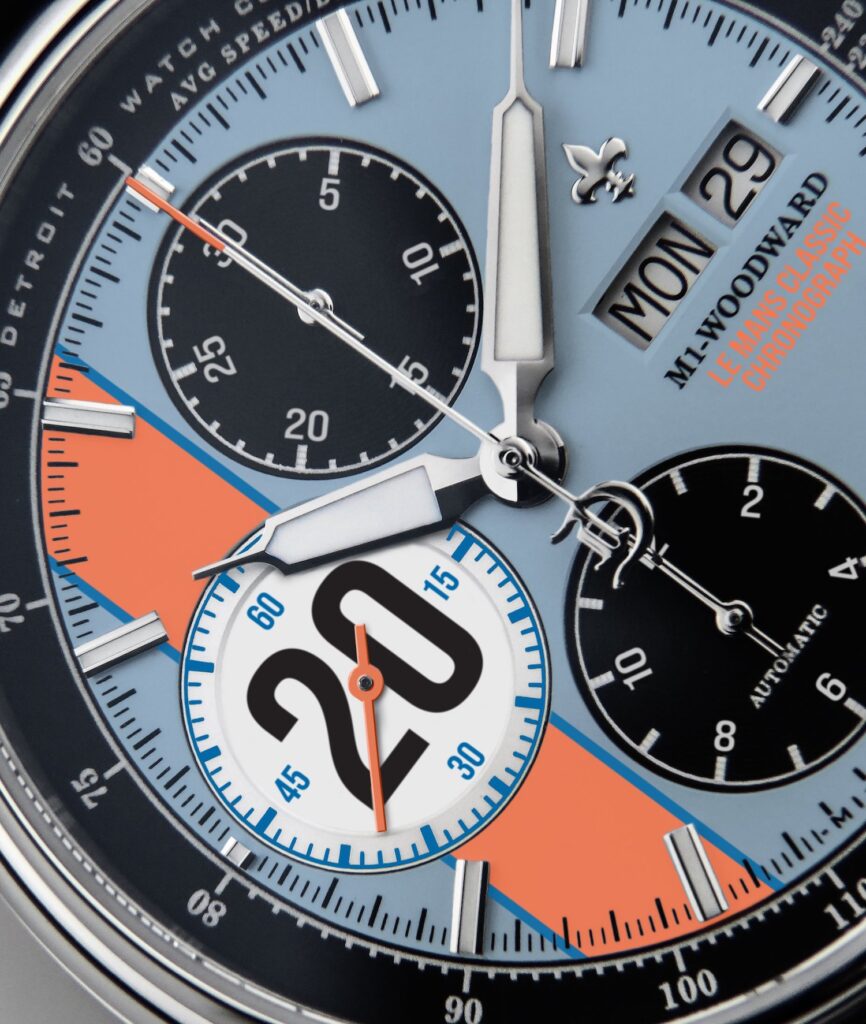