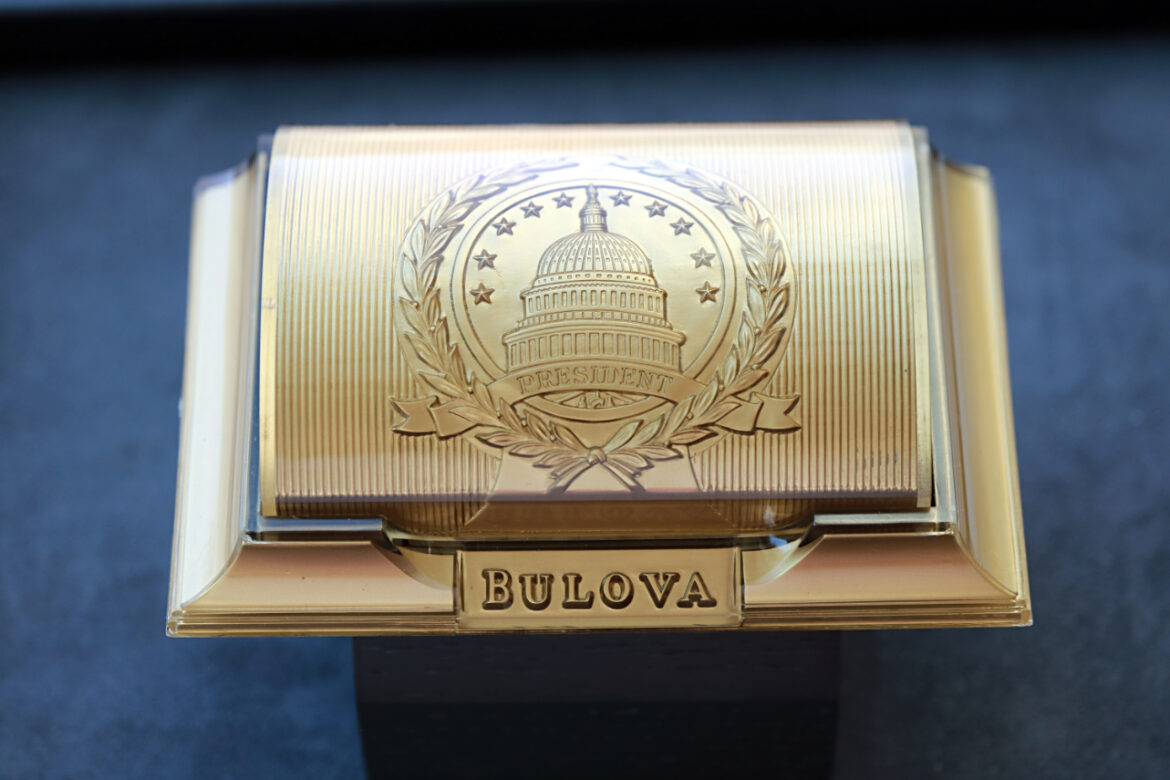 There are more than a few iconic American companies that can trace their success to one product in particular. There’s Ford’s Model T, The Coca-Cola Company’s Coke, and Kellogg’s Corn Flakes.

In the watch world, there’s Accutron, which was a revolutionary electronic watch with a tuning fork that Bulova debuted in 1960. Accutron today operates as its own brand. 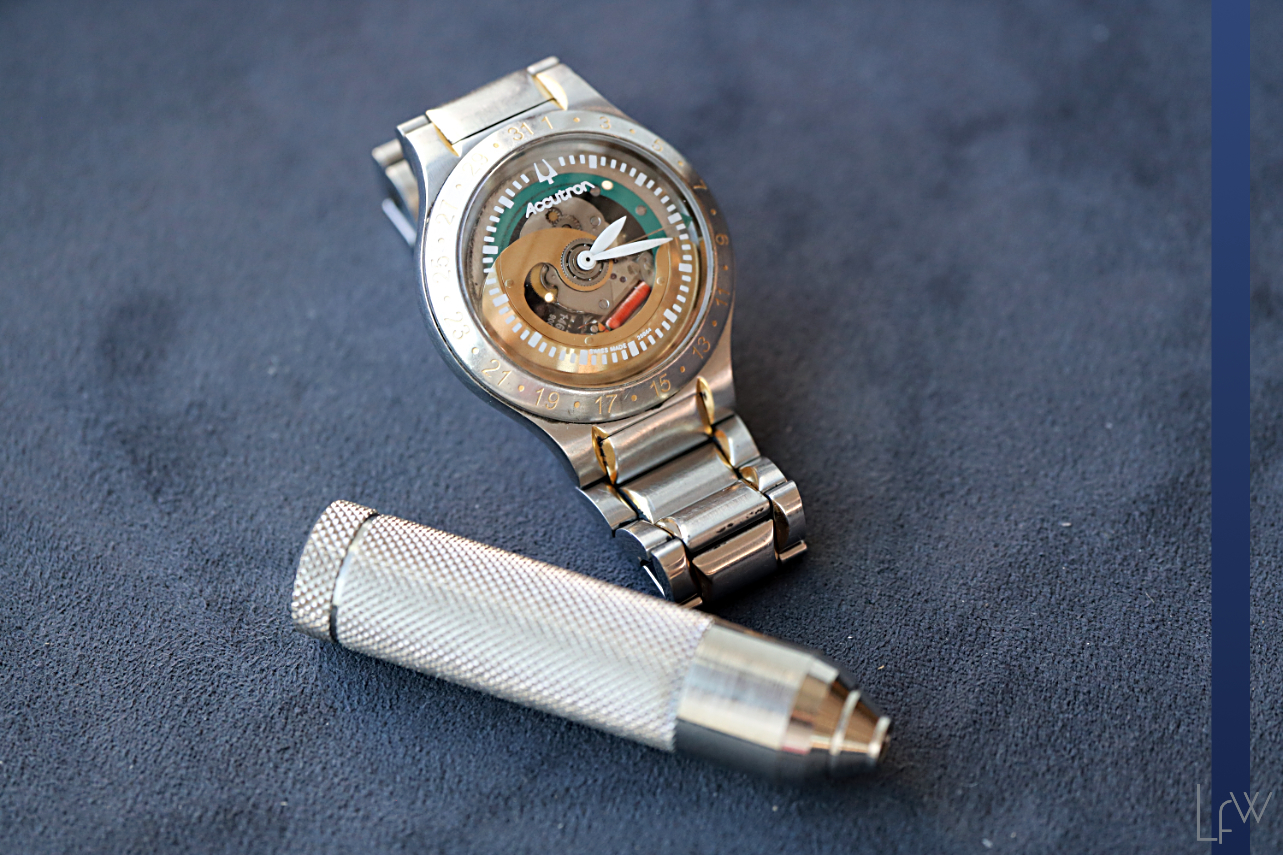 Before writing this article, my knowledge about Joseph Bulova was limited. However, after diving deep into researching him, I have come to realize that Joseph Bulova was an innovative entrepreneur who not only loved to invent and visualize the future but also was guided by a strong sense of ethics and values. 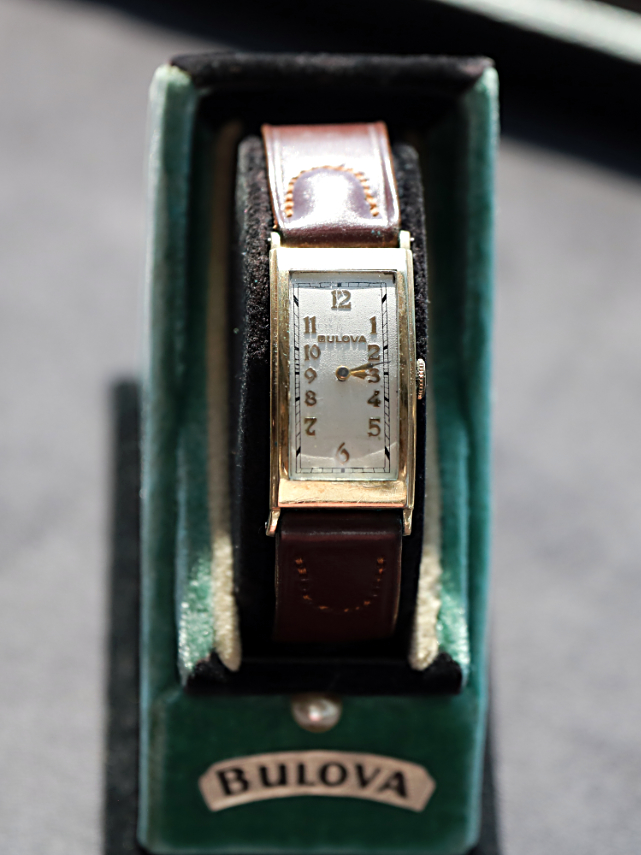 Joseph Bulova emigrated from Bohemia (known today as the Czech Republic) to New York in 1870. As a fully trained watchmaker, he landed a job at Tiffany & Co. but left five years later to open a small jewelry store on Maiden Lane in Lower Manhattan. It’s interesting to note that before dedicating his life to wristwatches, Joseph Bulova already had a few inventions under his belt, including making jewelry improvements to earrings, bracelets and rings. 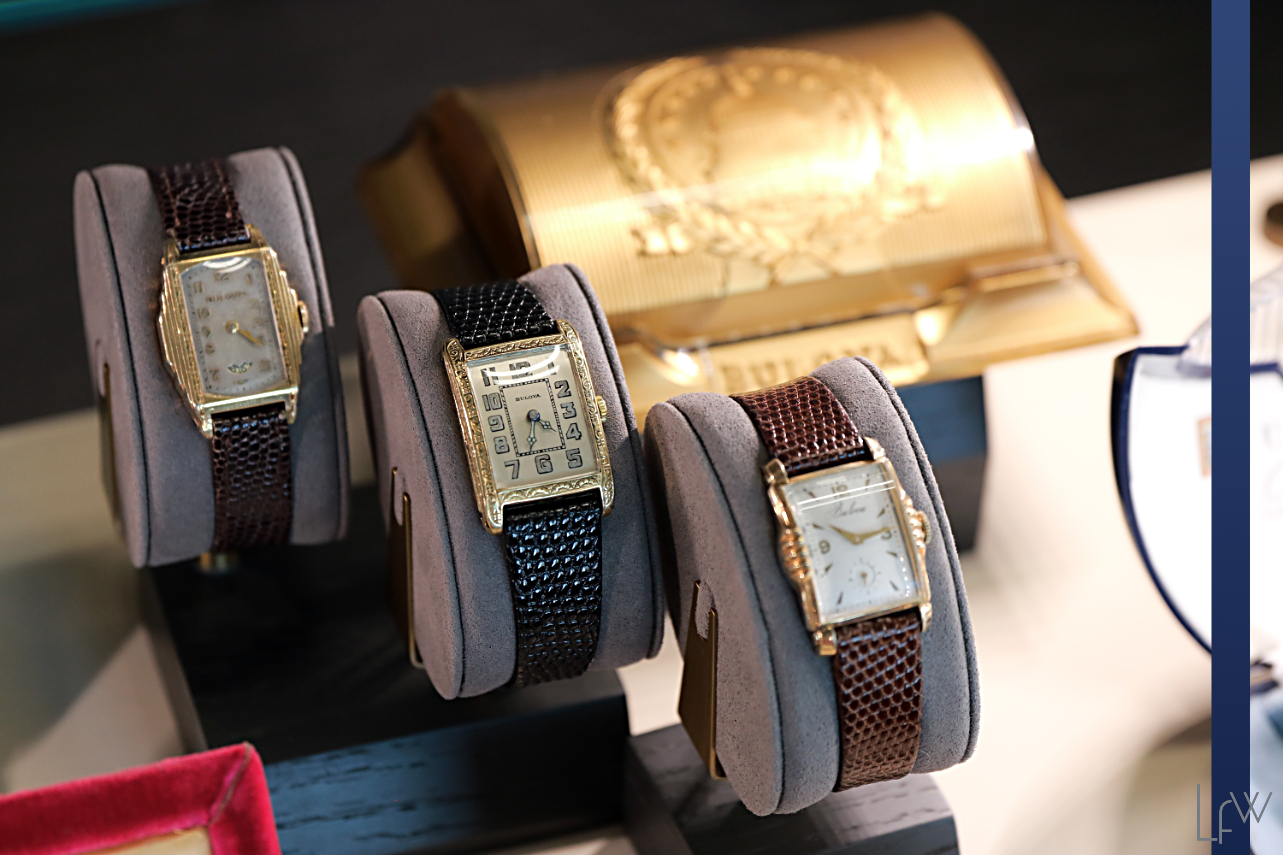 Joseph Bulova understood time better than most and was always one step ahead. During his time in America the country was in its golden age of industry and progress thanks to railroads, manufacturing, electricity and light. It was the perfect era for Joseph Bulova to make his mark on timekeeping design and production. 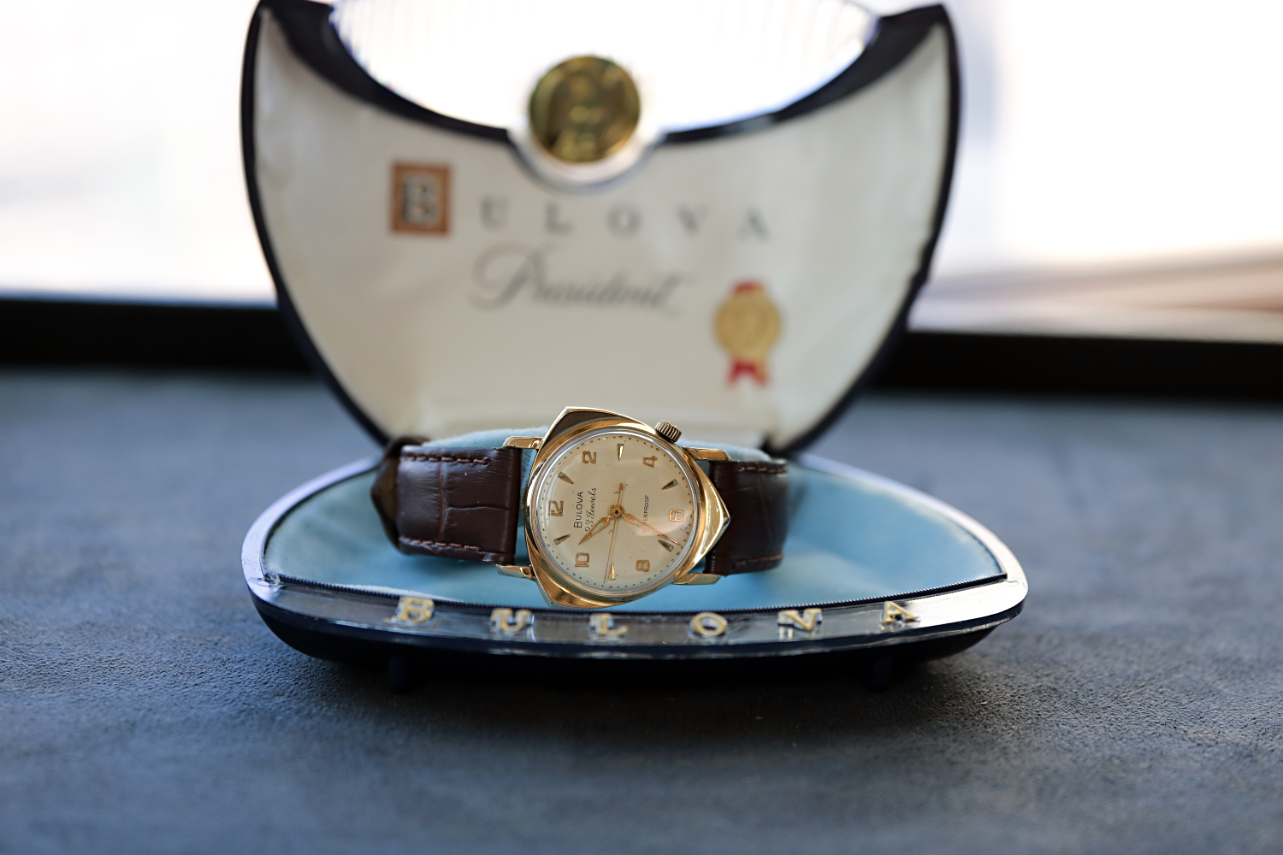 By 1912, Bulova established a plant in Bienne, Switzerland, dedicated to the production of watch components and their assembly into jeweled movements. Although he was driven by the values of quality before quantity and perfection before production, Joseph Bulova was an early pioneer of mass and standardized production of watches, which he sought to fulfill his vision of putting an affordable watch on every wrist in the United States.

Bulova was one of the first brands to recognize the shift from pocket watches to wristwatches even before World War I. This was in large part due to Joseph’s 17-year-old office assistant, John Ballard, who would later become acting president of the company for almost fifty years.

By 1927, the Bulova Watch Company moved to 580 Fifth Avenue in Manhattan, complete with the Bulova Observatory on the roof — the first Observatory ever built on the top of a skyscraper. The Bulova School of Watchmaking is established in 1946. In 1948, Bulova develops the phototimer, which combined a photo-finish camera with an electronic timing mechanism. Bulova then introduced the unprecedented Accutron 214 electronic watch in 1960. In 1970, Bulova unveiled the 666 Devil Diver. 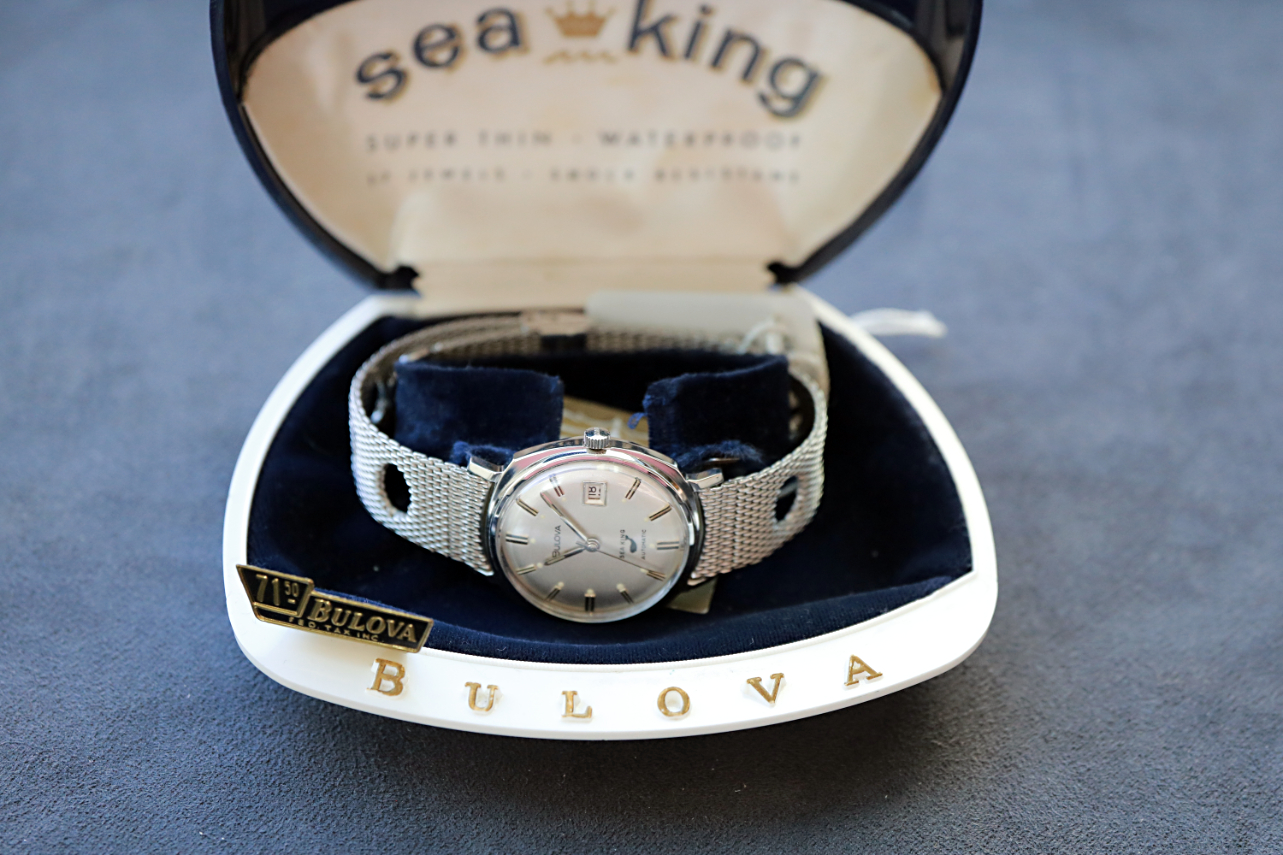 Bulova is associated with so many “firsts” in the industry, including the first radio clock, the first Dust-Tight Protector (to keep dust out of the watch movement), the first national radio commercial (1926), and the first television commercial (1941).

Bulova was also no stranger to pop culture with banners at the first Beatle concert in the United States. The Frank Sinatra Show musical variety show that ran in the early 1950s was also known as Bulova Watch Time. Earlier than this even, Bulova understood the importance of associating watches with celebrities of the era, like pioneer aviator Charles Lindbergh, Olympic swimmer Johnny Weissmuller (who later became an actor famous for playing Tarzan), and General of the Army Omar Bradley.

The Bulova company was also involved with NASA, participating in forty-six space missions). In fact, the U.S. Air Force purchased an Accutron Astronaut watch for every pilot in the X-15 project, which ran from the late-1950s until the late-1960s. More recently, astronaut Dave Scott’s Bulova chronograph, which he wore on the Moon, sold for nearly $1.6 million at RR Auction.

Bulova was involved in many other applications such as developing timing instruments, clocks, and altimeters. However, some of Bulova’s work remains unknown as Bulova worked with the U.S. government on plenty of top-secret military projects.

The archive contains physical recordings, as well as digital electronics files stored in a database. Not only will this work serve to keep the Bulova brand alive forever, but it also lends inspiration to the current design, marketing, and sales teams. There’s plenty of material to inspire reissues or modern interpretations of vintage Bulova classics. 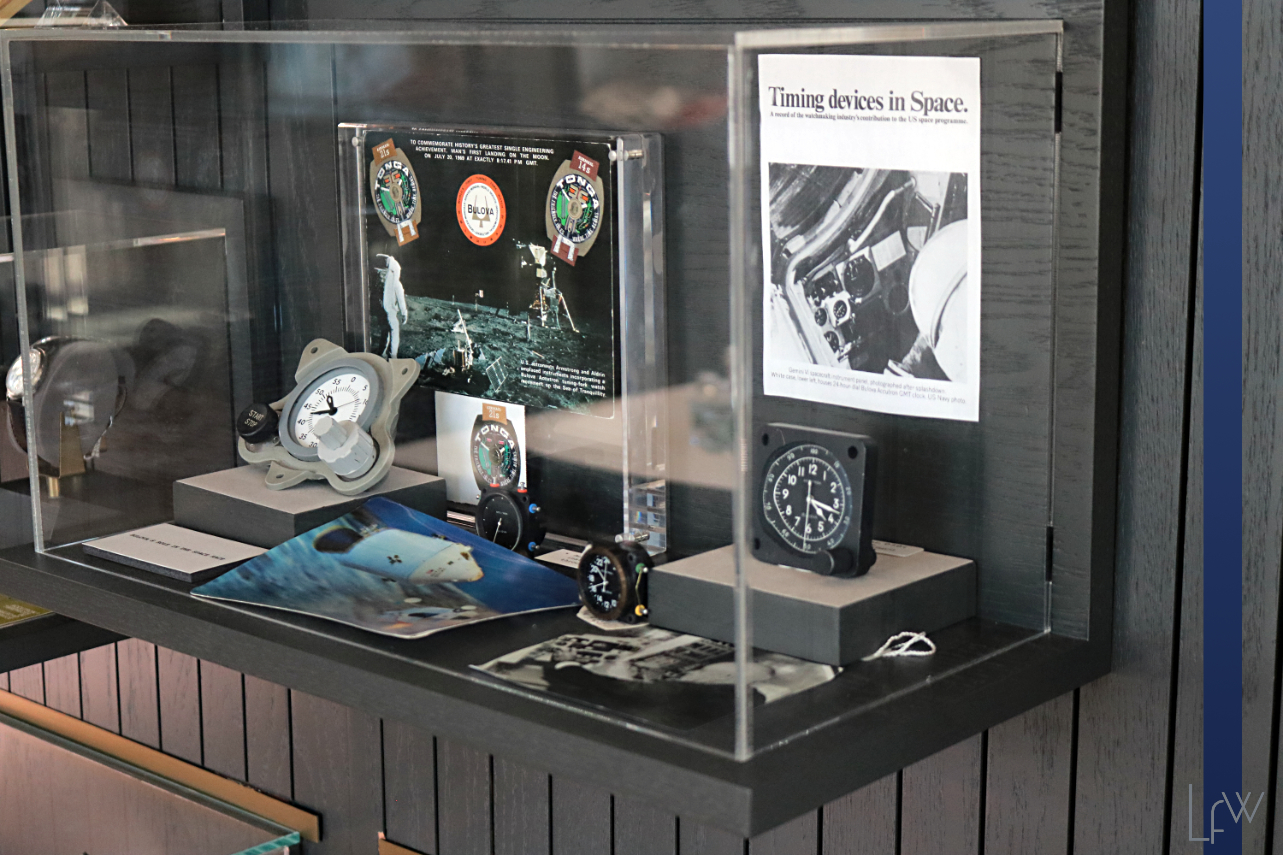 Furthermore, the Bulova museum is charged with showing the history and evolution of this important watch brand. Items are presented to represent key moments of both Bulova and American history. I was amazed to see unique and iconic pieces like one of the oldest Bulova watches with an open back, as well a watch that once belonged to Elvis Presley. 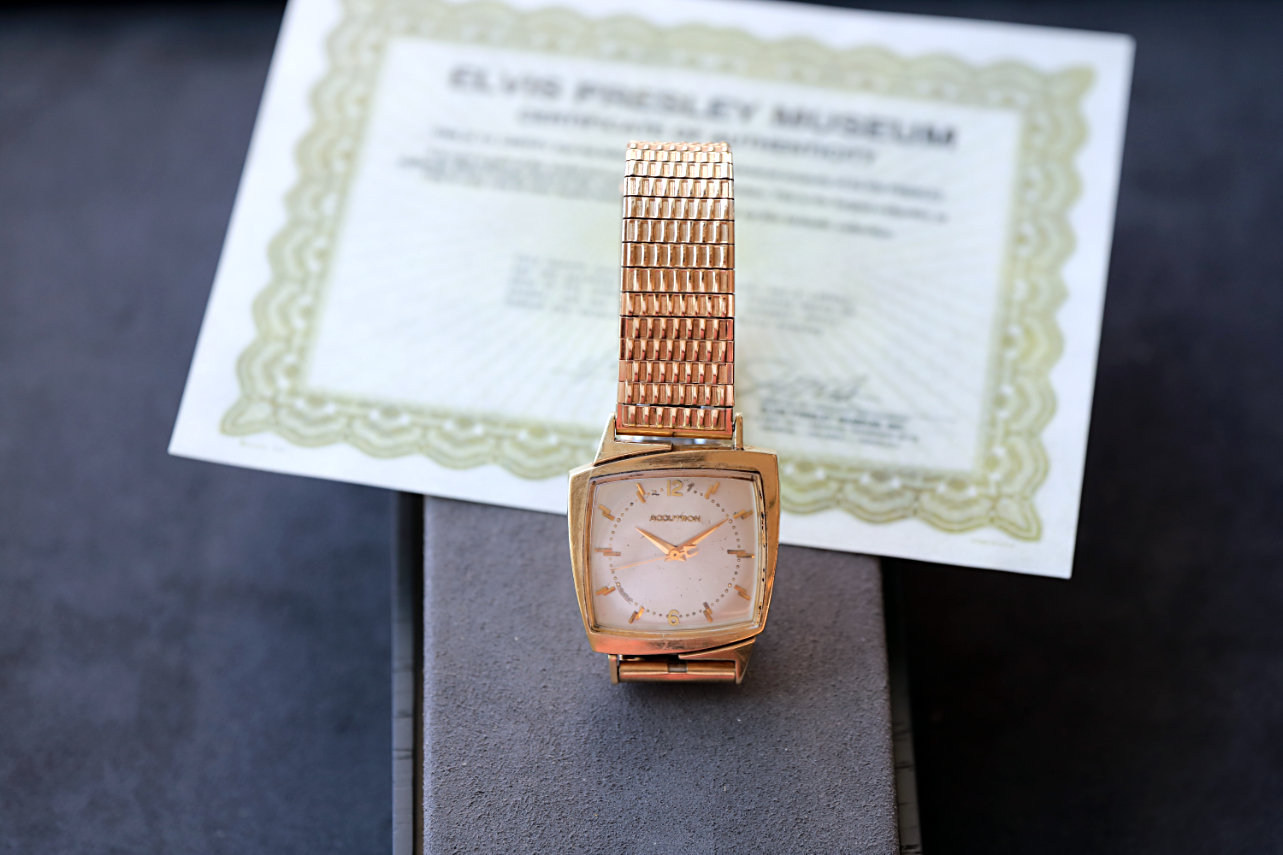 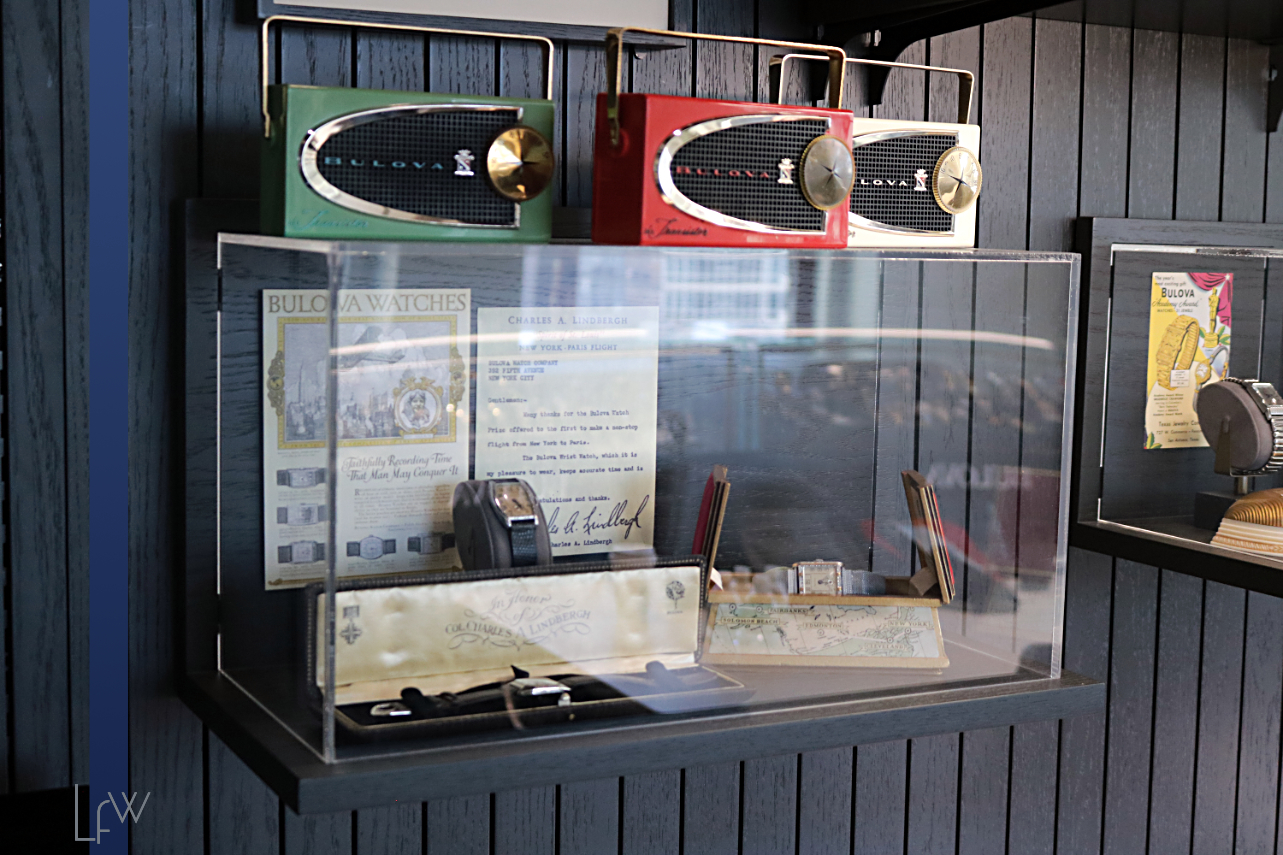 Today, the company has more than 2,000 physical items like advertisements, books, memorabilia and packaging, in addition to 6,000 digital documents like scans of Bulova annual reports, catalogs, commercials, and images. If you look at the packages, names of the watch lines, and advertisements, you quickly begin to see the history of the United States unfolding in front of you.

It’s clear that Bulova is an integral part of American history.

If you have the opportunity to visit the Bulova museum at the Bulova offices in the Empire State Building, I highly encourage it! Carl is extremely knowledgeable and passionate about his work.

Rosen is the encyclopedia of Bulova and he knows the ins and outs, the origins of everything, the timing, the advertisements, the why of this design or packaging, alongside a plethora of interesting anecdotes and charming stories.

If you want to learn more about the fascinating history of Bulova, I also recommend two beautiful books published by the brand. The first is “Bulova, A History of Firsts” and the second is “Bulova, A Legacy of Innovation.” A lot of documents are also accessible via the Bulova and Accutron websites.

I commend Julie and Carl for their amazing work to preserve the history of Bulova.