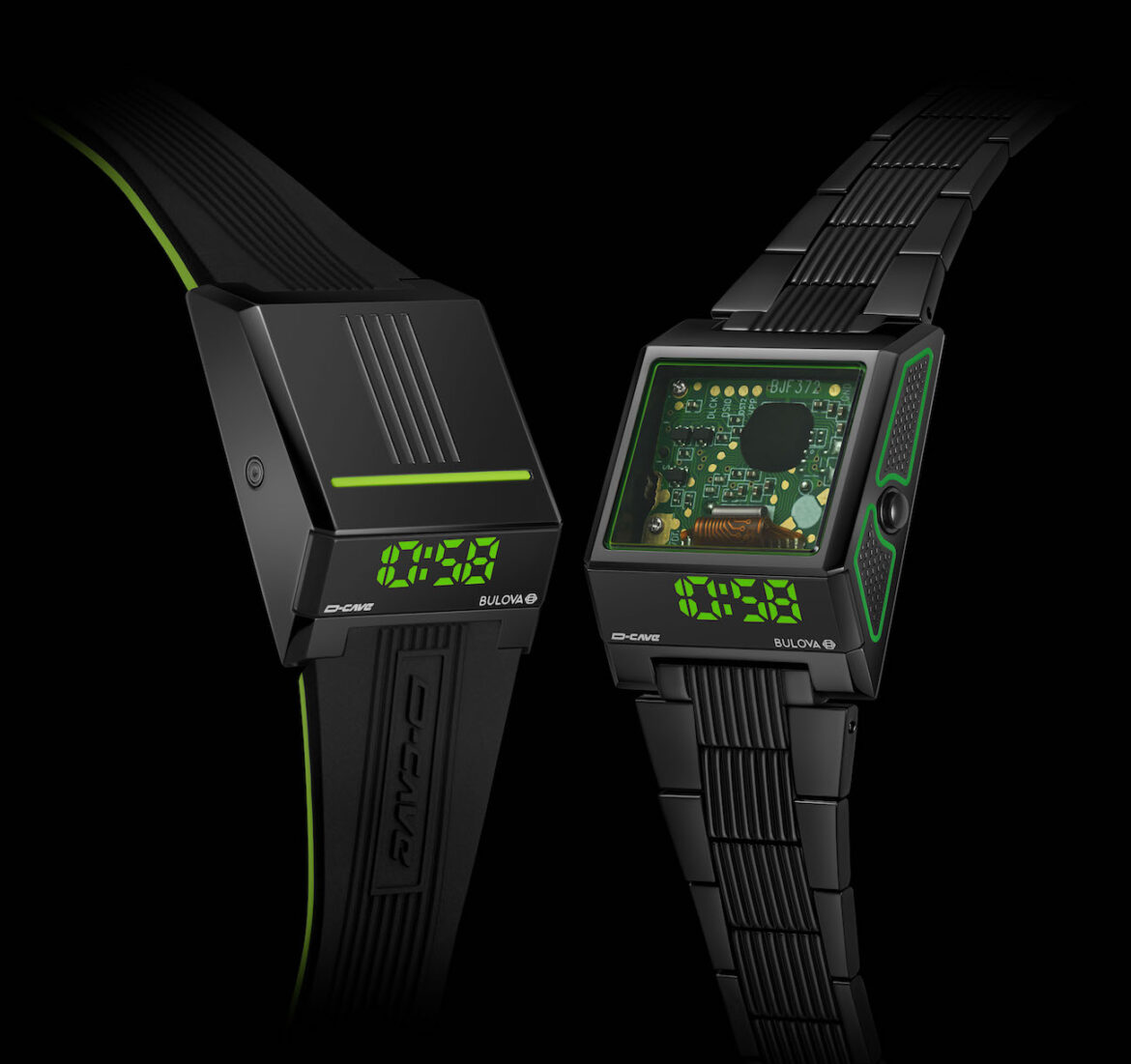 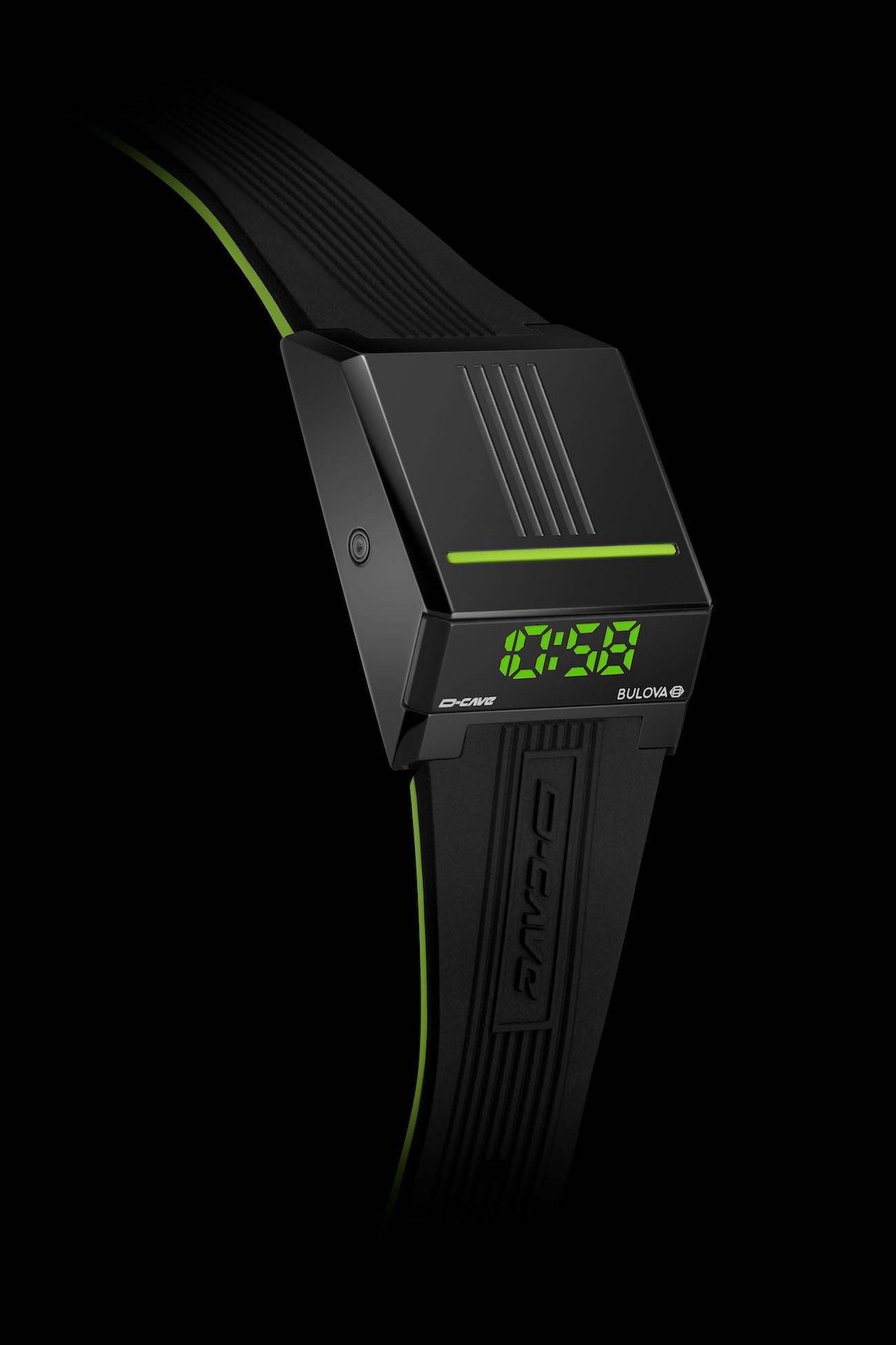 Both new Computron D-Cave models include new visual concepts inspired by the gaming world, and one Special Edition features an exhibition mineral crystal case top that showcases a gaming circuit board.

The Computron is a futuristic trapezoidal-cased watch that Bulova originally debuted in the late 1970s and re-launched in 2019 with steel and gold-colored cases and blue or red LED displays.

The special edition of the watch retains the black IP case but adds a gaming circuit board to the top and a green acid-etched case-side decoration inspired by computer towers. This special edition watch will be made available to those who also purchase an NFT via D-Cave.

Bulova will present the watch in a custom box with D-Cave design elements featuring a QR Code that will guide users to the dedicated Bulova-D-Cave space on Decentraland. 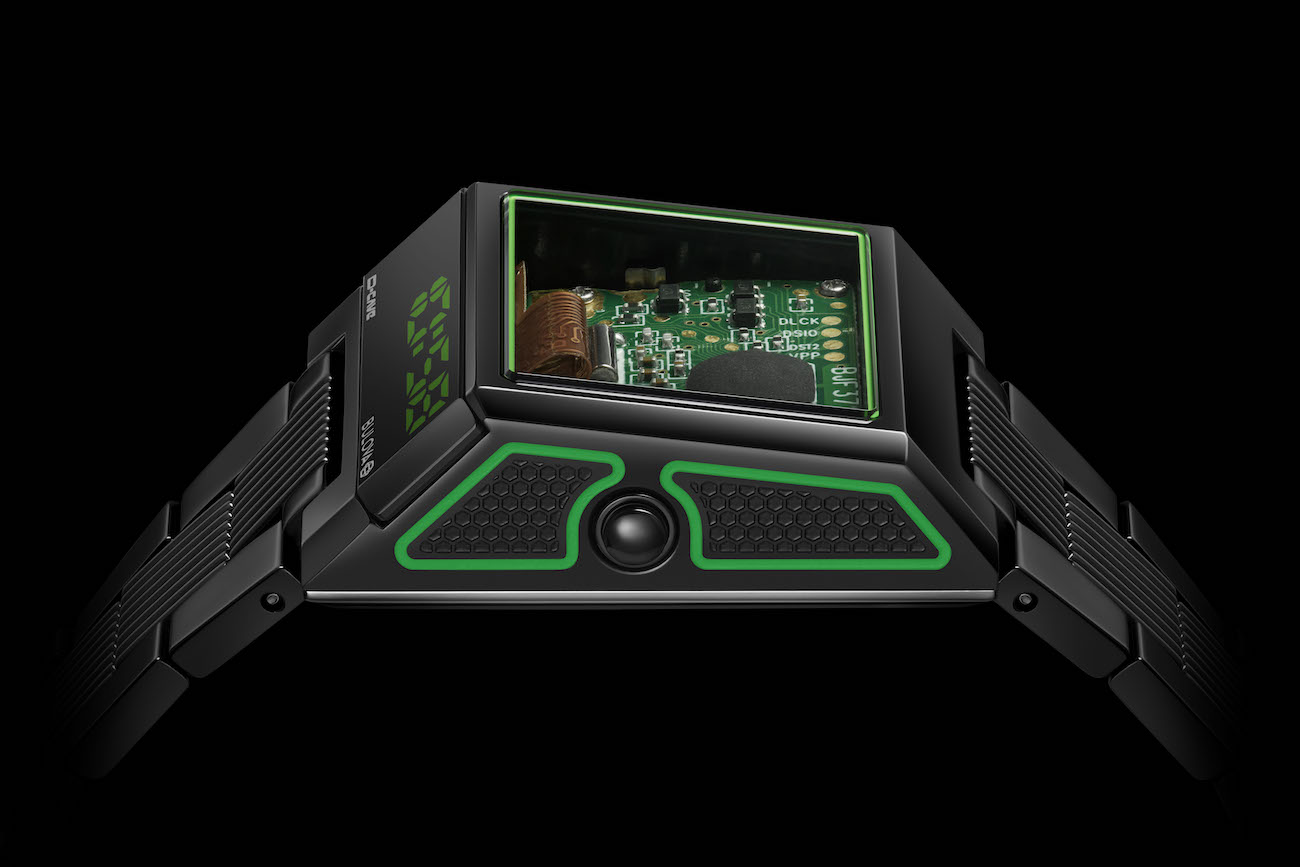 “For over 145 years, Bulova has been about innovating and exploring new worlds,” says Jeffrey Cohen, President of Citizen Watch America. “Through our partnership with D-Cave and the iconic Computron, Bulova interfaces with the metaverse and the gaming universe, allowing us to reach new consumers and opportunities.”