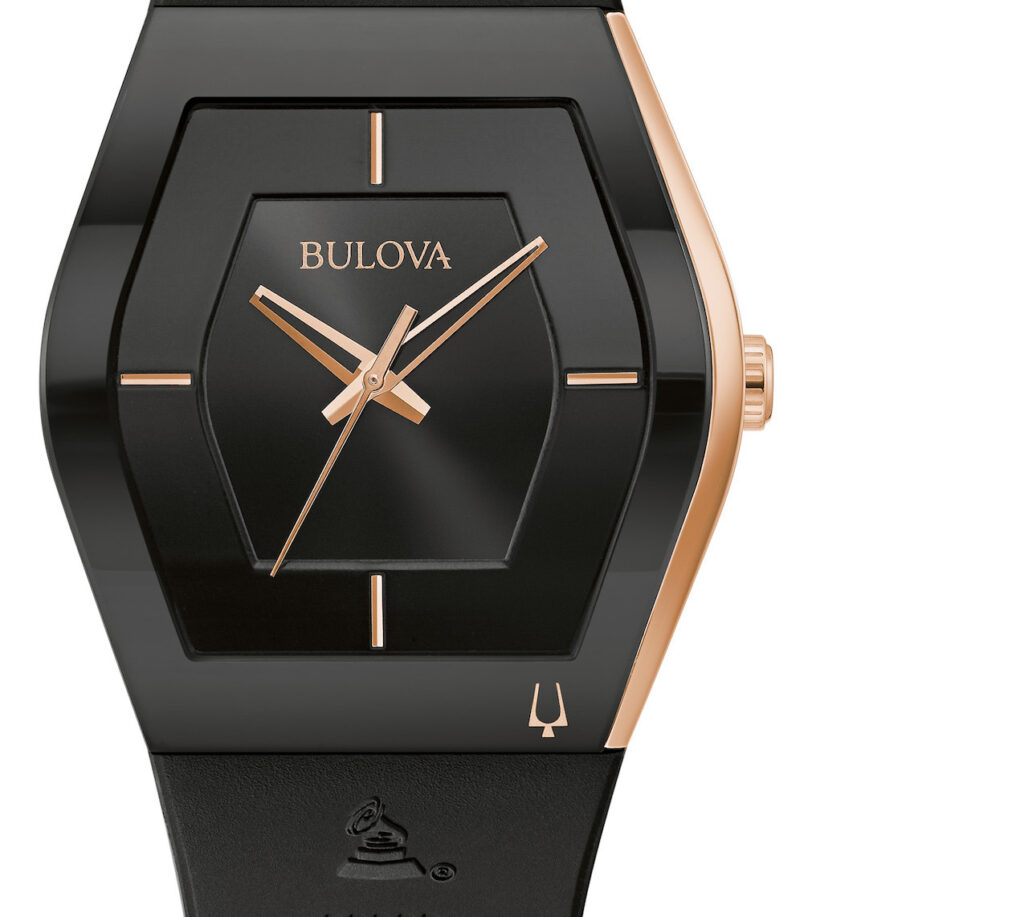 The overall black hue of the new model continues from the dial into the black rubber strap. To emphasize the ongoing partnership between the Latin Grammys and Bulova, the watchmaker has emblazoned the Grammy gramophone logo on the front side of the strap, as well as on the caseback. 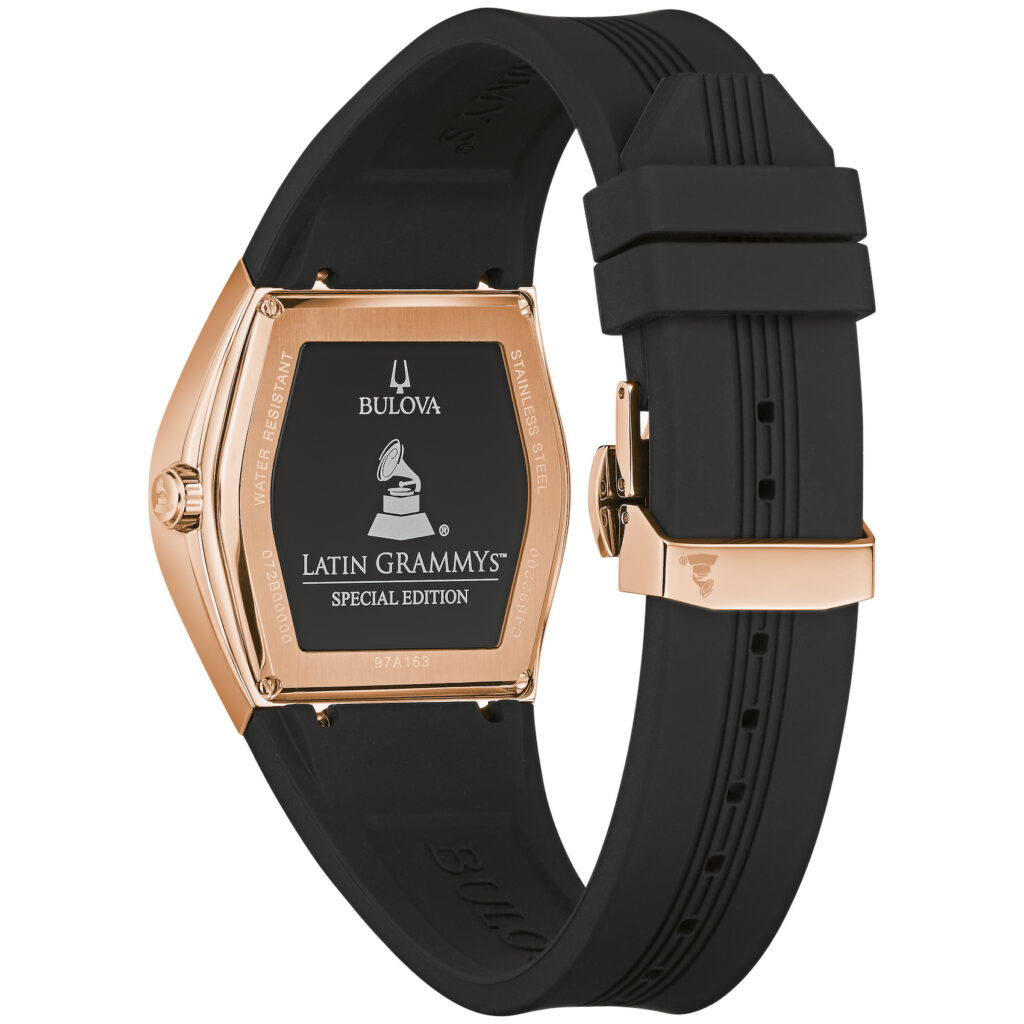 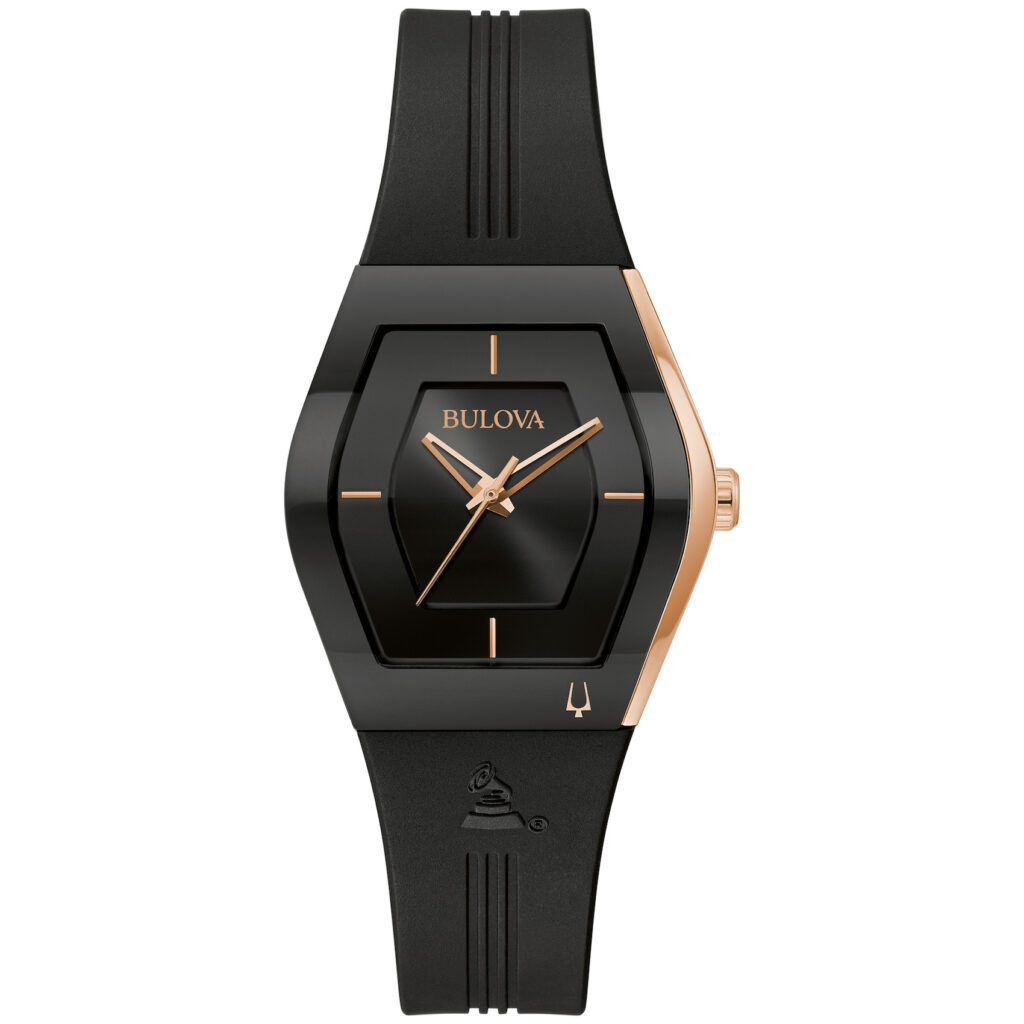 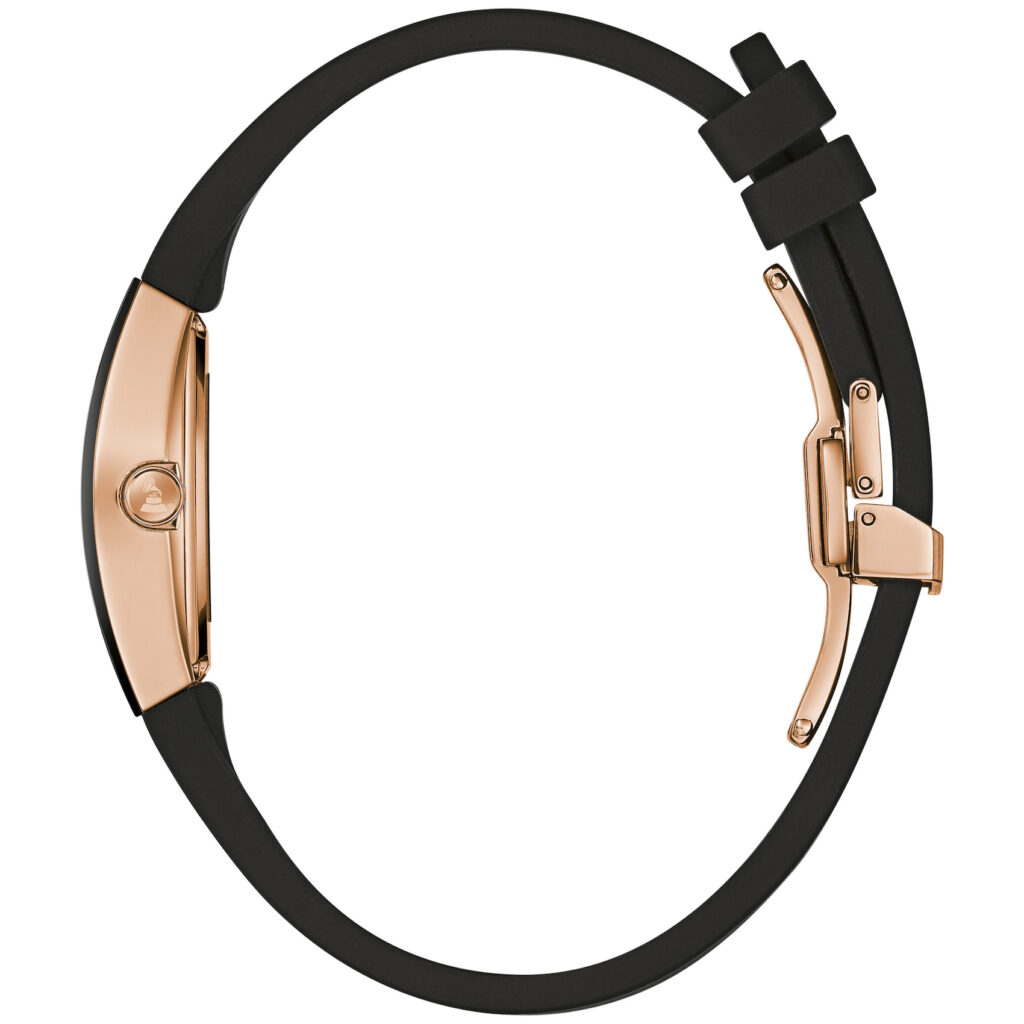 Bulova will also gift this female 2020 Latin Grammy nominees one of its Rubaiyat watches during an even just prior to the awards ceremony, which is scheduled for November 19.