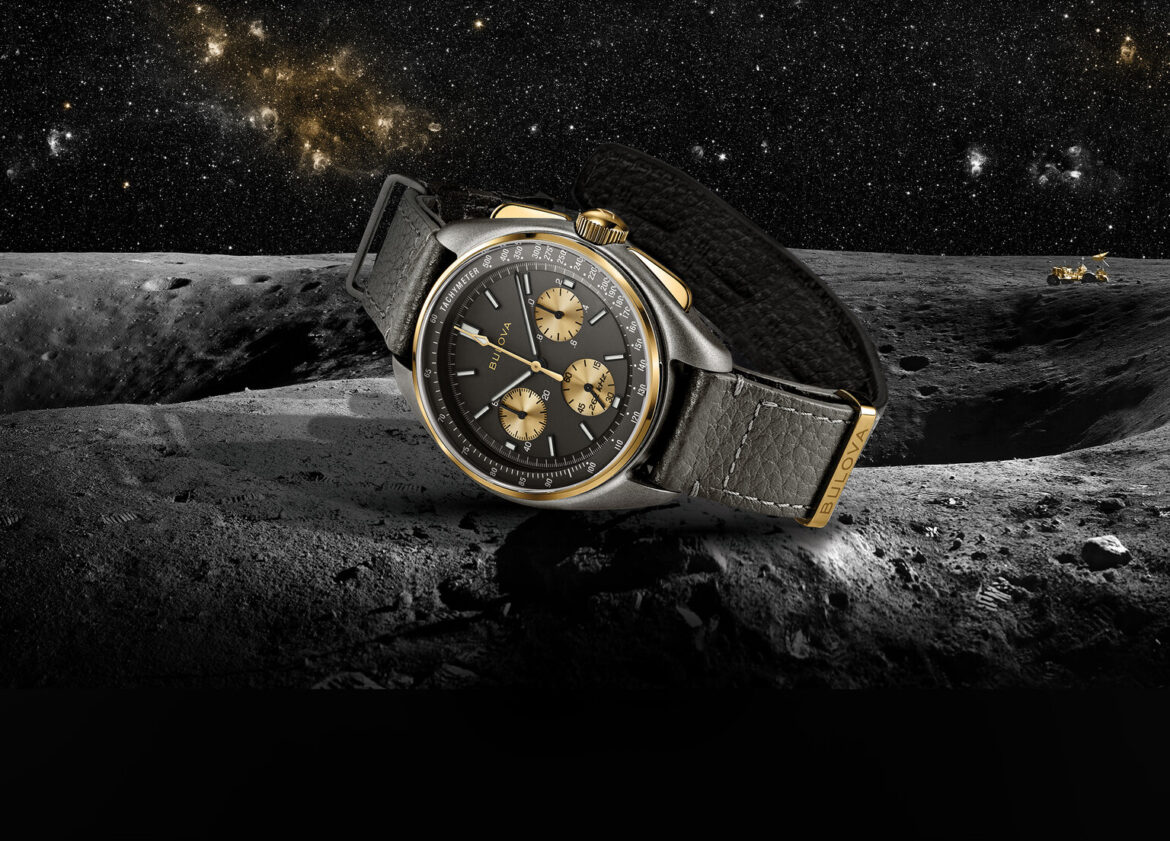 Bulova has a long history with NASA and has been involved in multiple space missions. The watchmaker specifically celebrates Apollo 15 because on August 2, 1971, Apollo 15’s mission commander David Scott made lunar history while wearing a Bulova chronograph. You may recall that the original watch sold for nearly $1.6 million at auction in 2015.

Bulova notes that its partnership with the U.S. space mission ran from the mid-1950s until the 1970s. To learn more about Bulova’s links to U.S. space exploration, visit the digital Bulova Museum.

Bulova’s celebratory release replicates the style and dial layout of Scott’s watch from Apollo 15, with technical updates. The new model is cased in a new and larger 45mm titanium case, and includes new gold-tone accents and pushers. 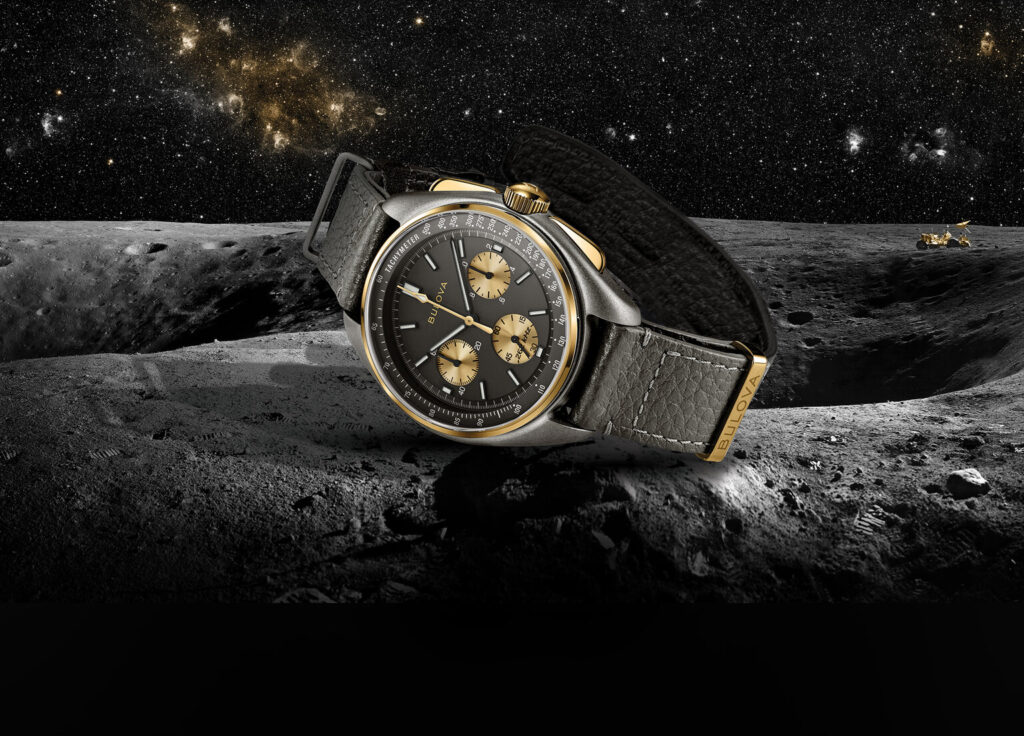 Inside, Bulova places proprietary high frequency, high precision quartz movement, which boasts a frequency of 262 kHz, eight times the frequency of traditional quartz watches. This is the movement, with its apparently ‘sweeping’ seconds hand, that Bulova inserts into its Precisionist collection, which Bulova debuted in 2010. 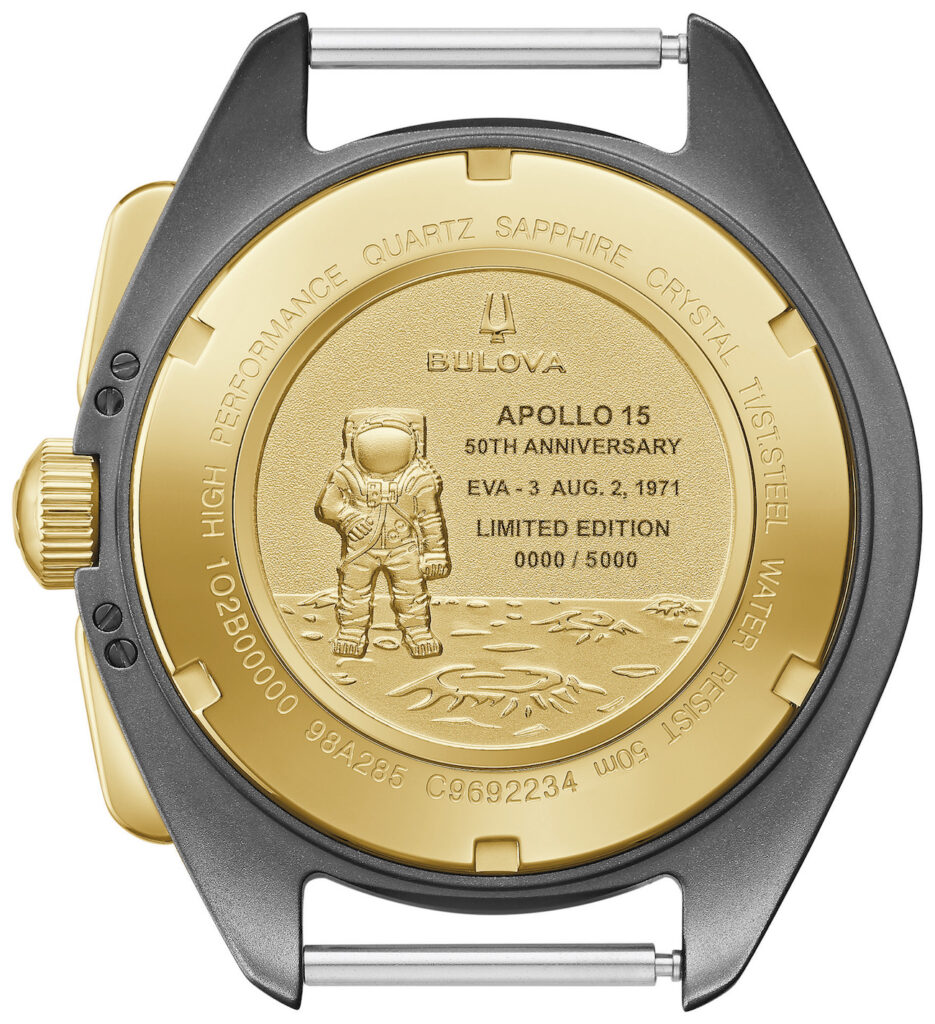 The watch’s retro-styled dial includes the original Bulova logo and dial layout with a sapphire crystal. A sharp-looking grey leather NATO strap holds it to the wearer’s wrist, and the watch is water resistant to fifty meters. On the screw-down case back you’ll find an engraved image depicting a moon walk and the watch’s limited edition number. Bulova will make 5,000 50th Anniversary Lunar Pilot watches and will package each with a storybook and commemorative NASA coin. Price: $995. 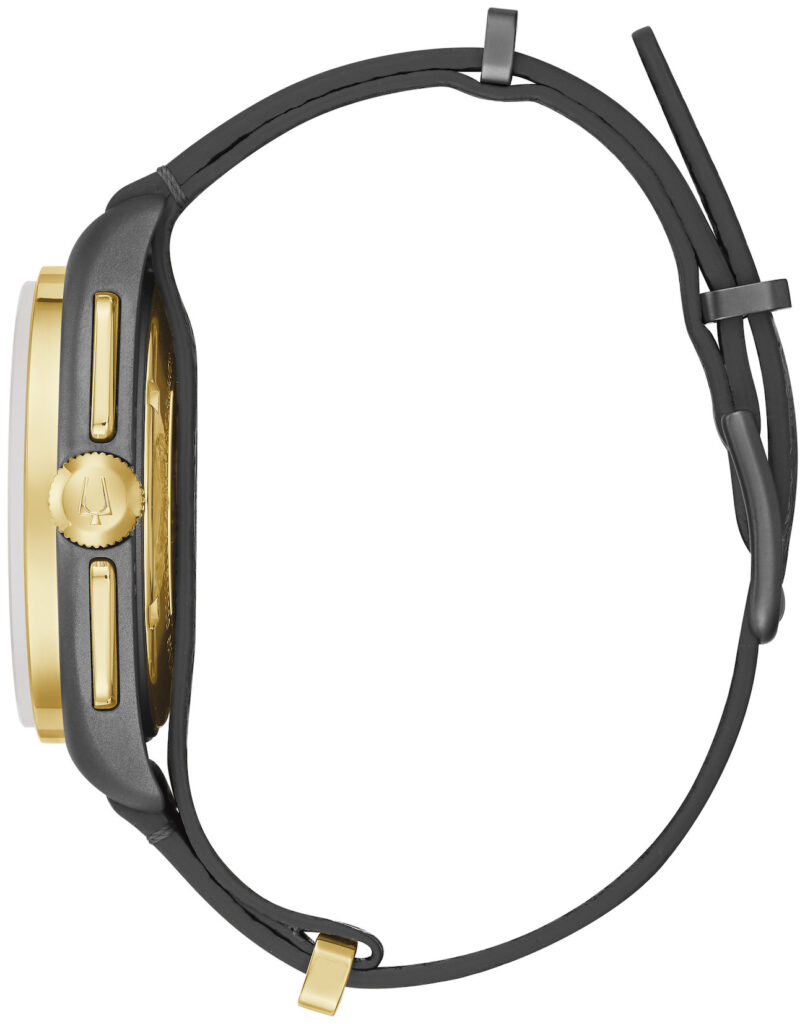