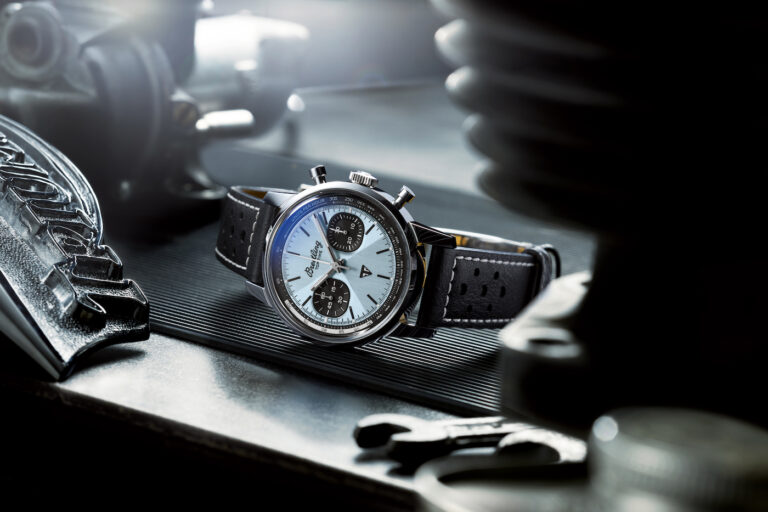 The new watch is characterized by a brushed blue dial finish in the bow-tie motif inspired by 1960s-era café racing culture. A solid steel caseback features an engraving of a sketch depicting a Triumph parallel twin engine. 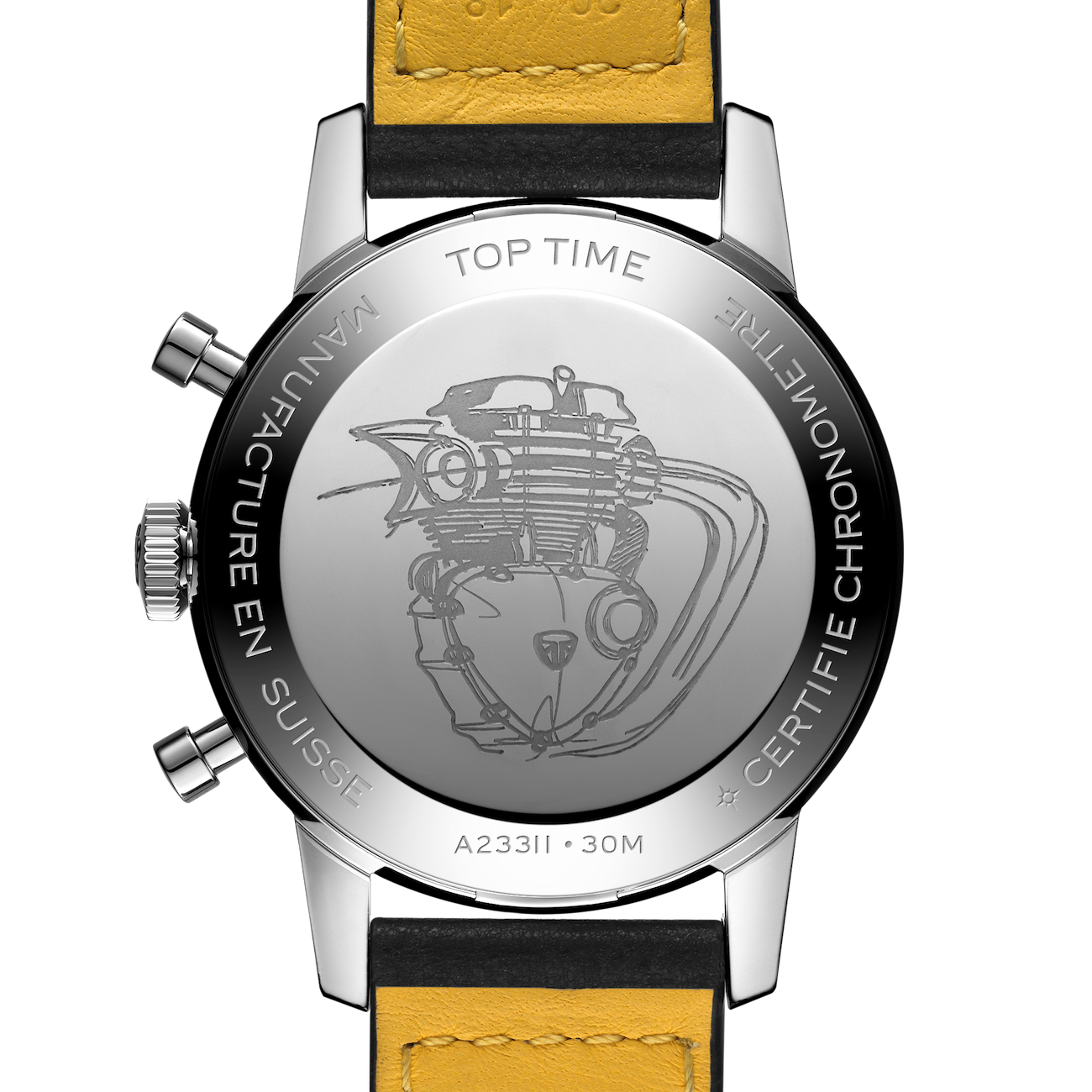 To further reinforce the partnership, the Breitling and Triumph logos are prominently featured on the dial of the Top Time Triumph, framed by a retro-inspired high-contrast tachymeter scale.

At the same time, Breitling will make 270 ‘owner’s’ versions of the Top Time Triumph watch that will be offered to buyers of a special motorcycle from Triumph called the Speed Twin Breitling Limited Edition.

“Triumph’s heritage and modern-retro aesthetic are just two of the many things we have in common,” said Georges Kern, CEO of Breitling. “Their blending of tradition with technology is completely in sync with what we do.”

The blue color on dials is as retro as the watch’s case and mushroom pusher style. The color is inspired by a blue Triumph Thunderbird 6T from 1951, and a rare, blue-dialed Breitling Top Time Ref. 815 from the 1970s, according to Breitling.