Watch Of The Day

MB&F is now widening the reach of its LM Split Escapement EVO, which debuted originally last year as a limited edition for the UAE’s 50th anniversary.

Launched during Geneva Watch Days, the new Legacy Machine Split Escapement EVO version offers two modifications from existing models. One is the dial color, now a cool, icy light blue with grey subdials. The second change is that MB&F has rotated the entire mechanism clockwise by 30 degrees, creating a new sense of asymmetry to the LM Split Escapement dial. 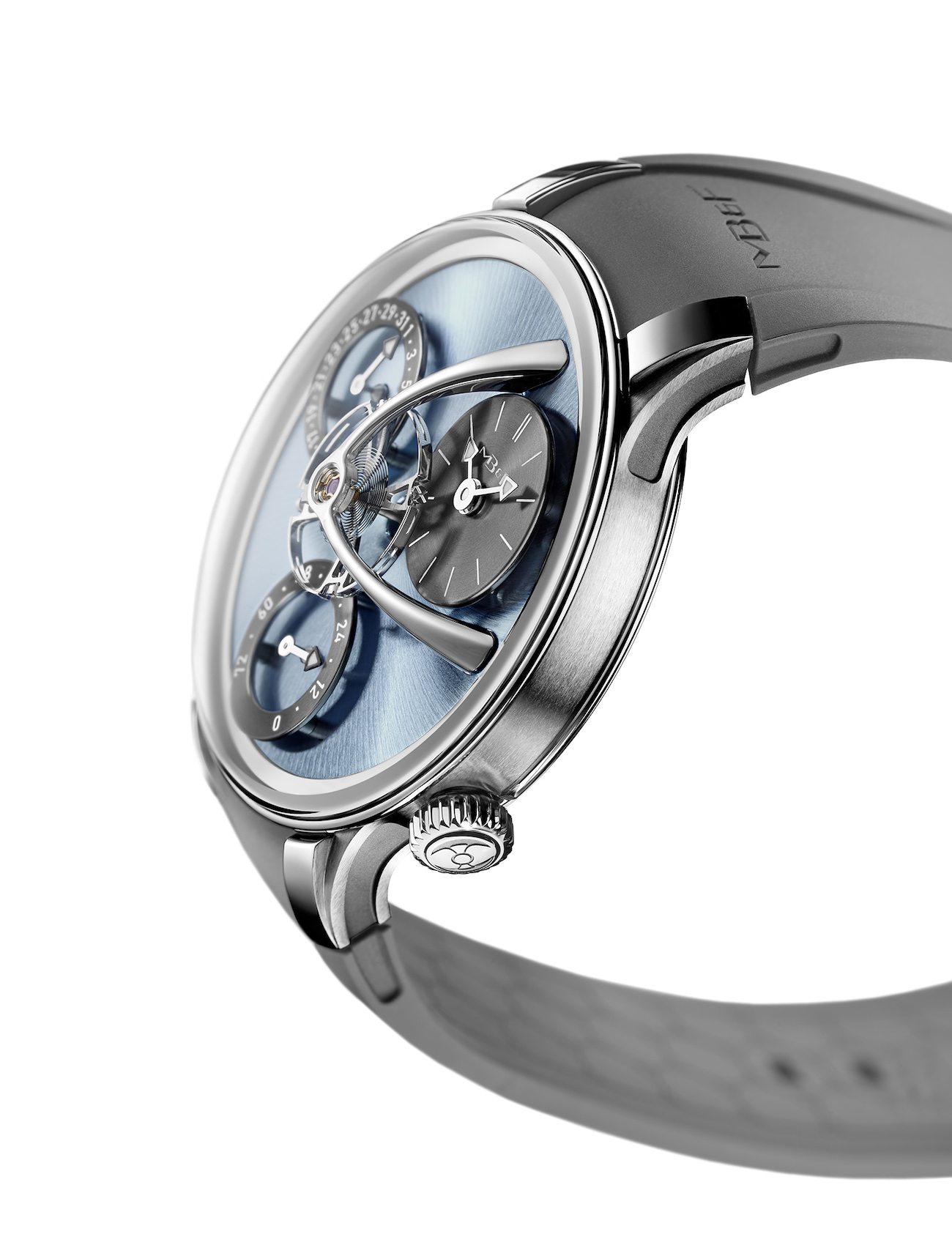 The watch’s new EVO designation means MB&F has dedicated its sporty, bezel-free 44mm EVO case to house the spectacular movement, which, as it name implies, separates or ‘splits’ its escapement into two halves. Earlier LM Split Escapement models were housed in the MB&F’s dressier 44mm gold or titanium case. 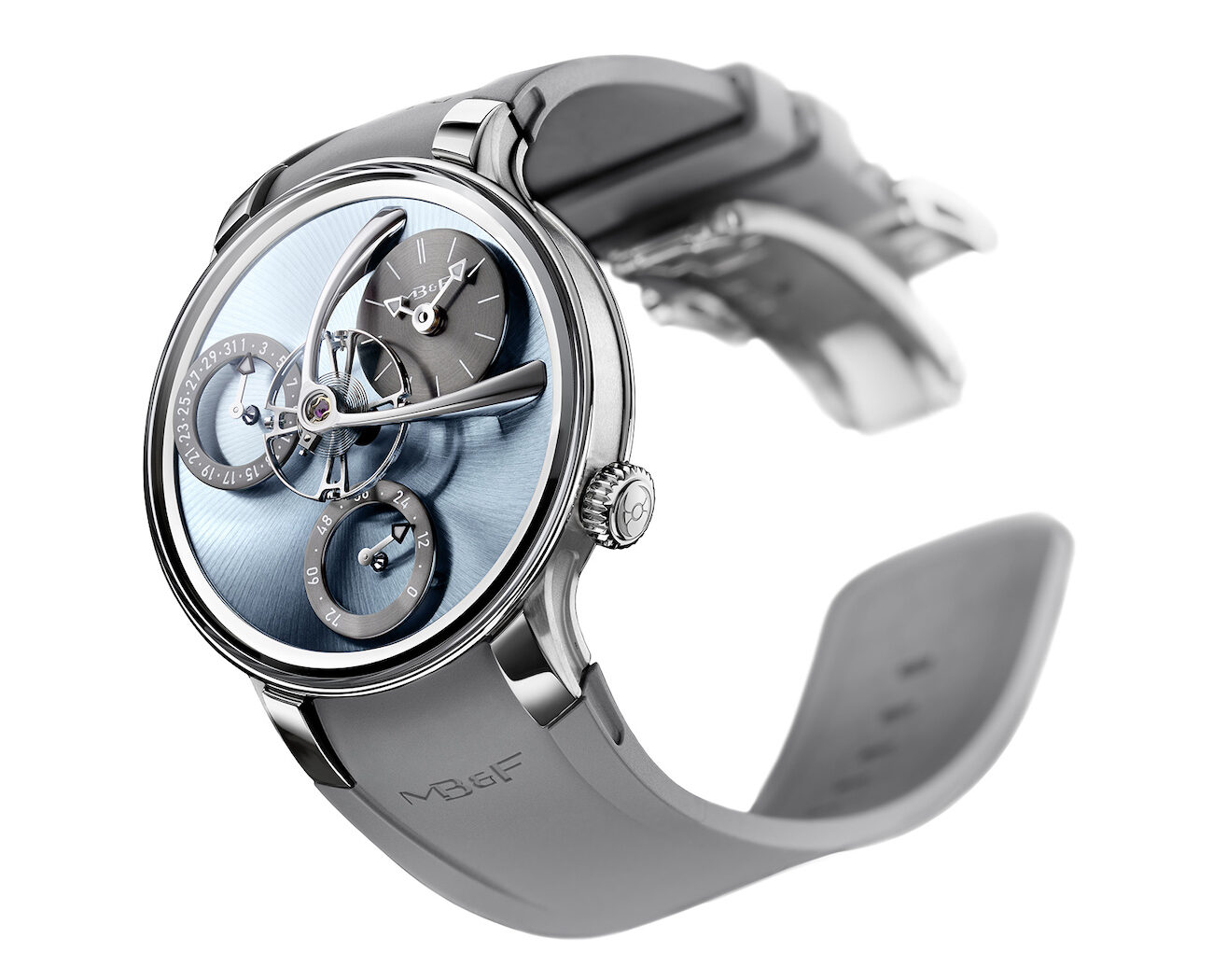 Designed by Northern Irish master watchmaker Stephen McDonnell, the movement features the world’s longest balance staff. Traveling through the entire movement, the 12mm-long staff connects the large balance wheel (hovering over the dial) to the remaining parts of the escapement – anchor and escape wheel – on the opposite side of the movement. 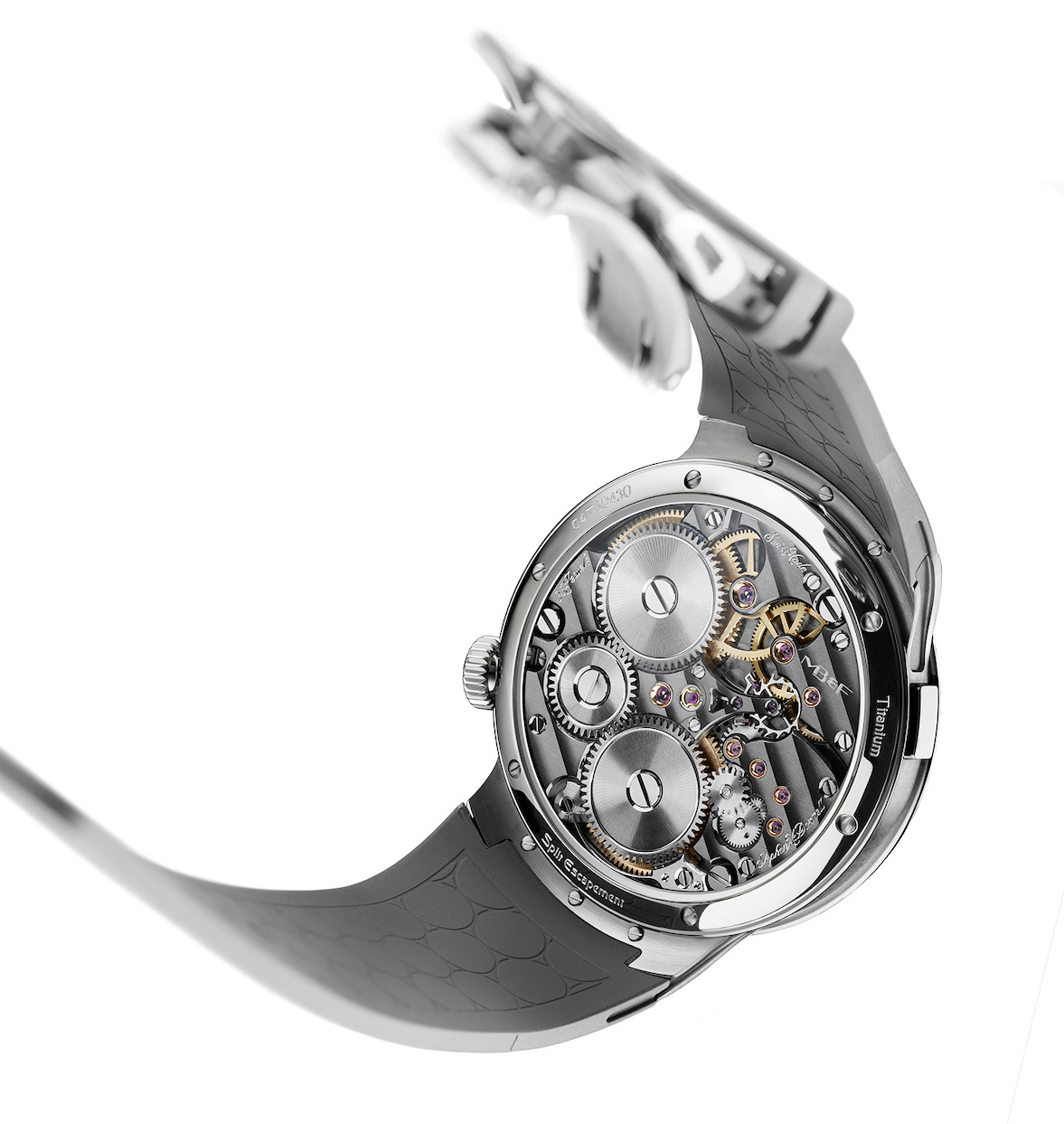 The new model will be joined by a second, limited edition of the watch, available only at a new MB&F LAB store to be opened in Beverly Hills with long-time MB&F retail partner Westime.

That model, limited to twenty-five units, comes with a black base plate, metallic blue dial and open counters. It will be the only MB&F LAB edition released this year.

Alpina relaunches its Extreme Regulator, first seen in 2005, with a new dial and a smaller cushion-shaped case. The new model, which debuts this week at Geneva Watch…

Especially notable among Bulgari’s late 2022 debuts, which premiere this week during Geneva Watch Days, are two special editions created in collaboration with Japanese designers.  One watch, made…

Greubel Forsey moves its titanium globe to the center of its new GMT Balancier Convexe, altering the watchmaker’s long-standing dial-borne universe in the process. The globe, an eye-catching…