The new watch might look a bit familiar as Bell & Ross earlier this year created a Cyber Skull Sapphire Only Watch 21 for the Only Watch charity auction.

That model also boasted an impressive sapphire crystal, but did so as it framed an orange-tinted skull. That watch sold at Only Watch for CHF 220,000 (about $240,000), all of which is donated to battle Duchenne muscular dystrophy. 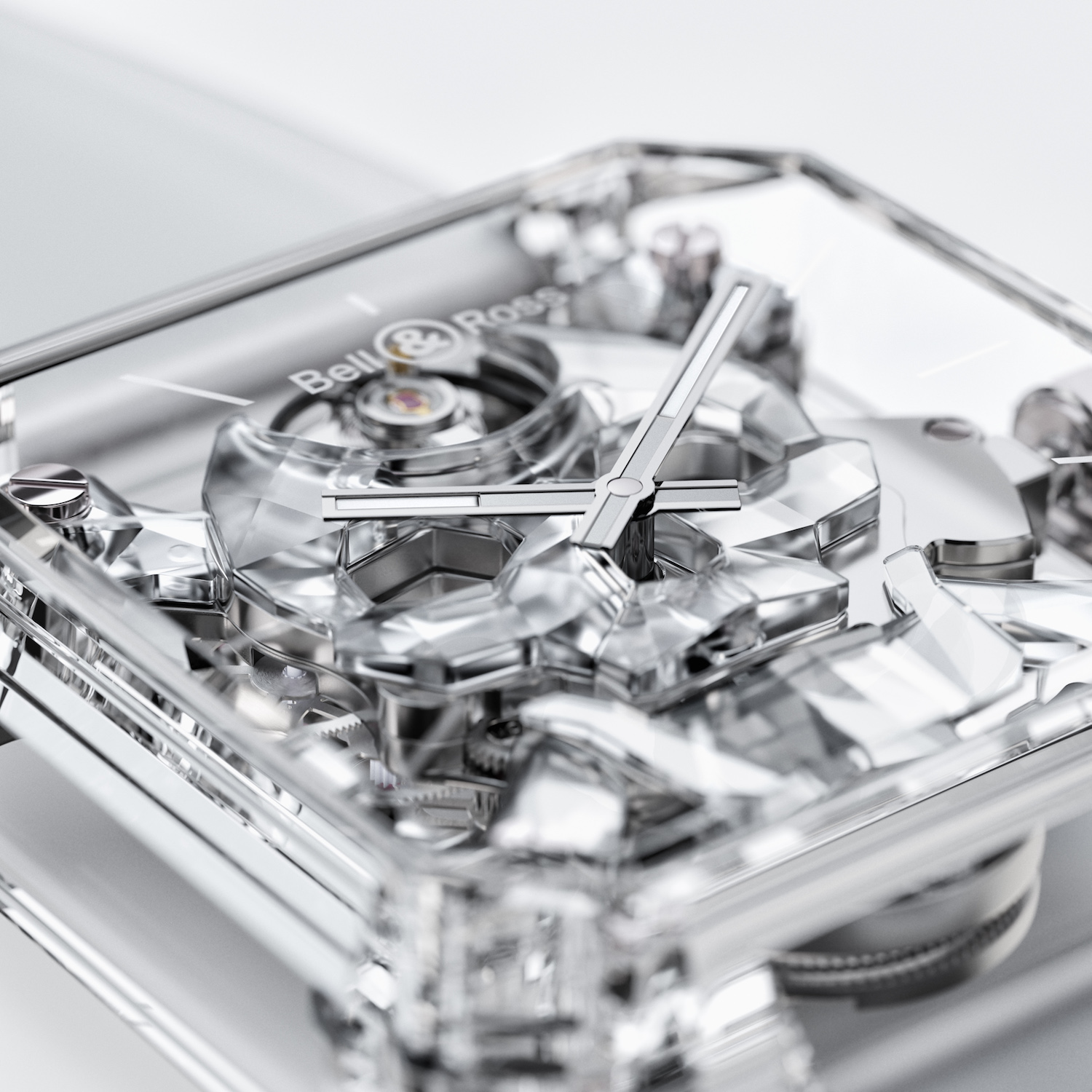 Bell & Ross calls the new BR 01 Cyber Skull Sapphire the “general public” version of that unique piece. Instead of the orange-tinted skull within its 43.5mm by 45mm full sapphire case, the faceted skull is almost as clear as the case.

The well-defined edges of the sapphire case create both reflections and refractions play with any nearby light, which will undoubtedly animate the watch on any wrist. The metallic skull and crossbones appear to float between the case’s two sapphire crystals.

Bell & Ross explains that its designers drew on several sources of inspiration when designing the new case. The include avant-garde design (note the somewhat pixelated skull), origami and, of course, the brand’s historic eye on military shapes. Bell & Ross says the “case is shaped like the fuselage of an American F117 stealth bomber.”

While that latter jet design inspiration is meant to make the Stealth bomber disappear from radar, the shape and makeup of the BR 01 Cyber Skull Sapphire create a watch that, even when worn with its clear rubber strap, is quite unlikely to avoid attention.

Inside Bell & Ross fits its BR-CAL.209 manual-wind automaton movement specifically developed for the watch. The plate and bridges are built to create skull shape, which are held by metallic and sapphire crossbones. And while many watchmakers refer to the spring balance as the ‘heart’ of their mechanical calibers, Bell & Ross calls the exposed balance on the BR 01 Cyber Skull Sapphire the ‘brains’ of its unusual caliber.