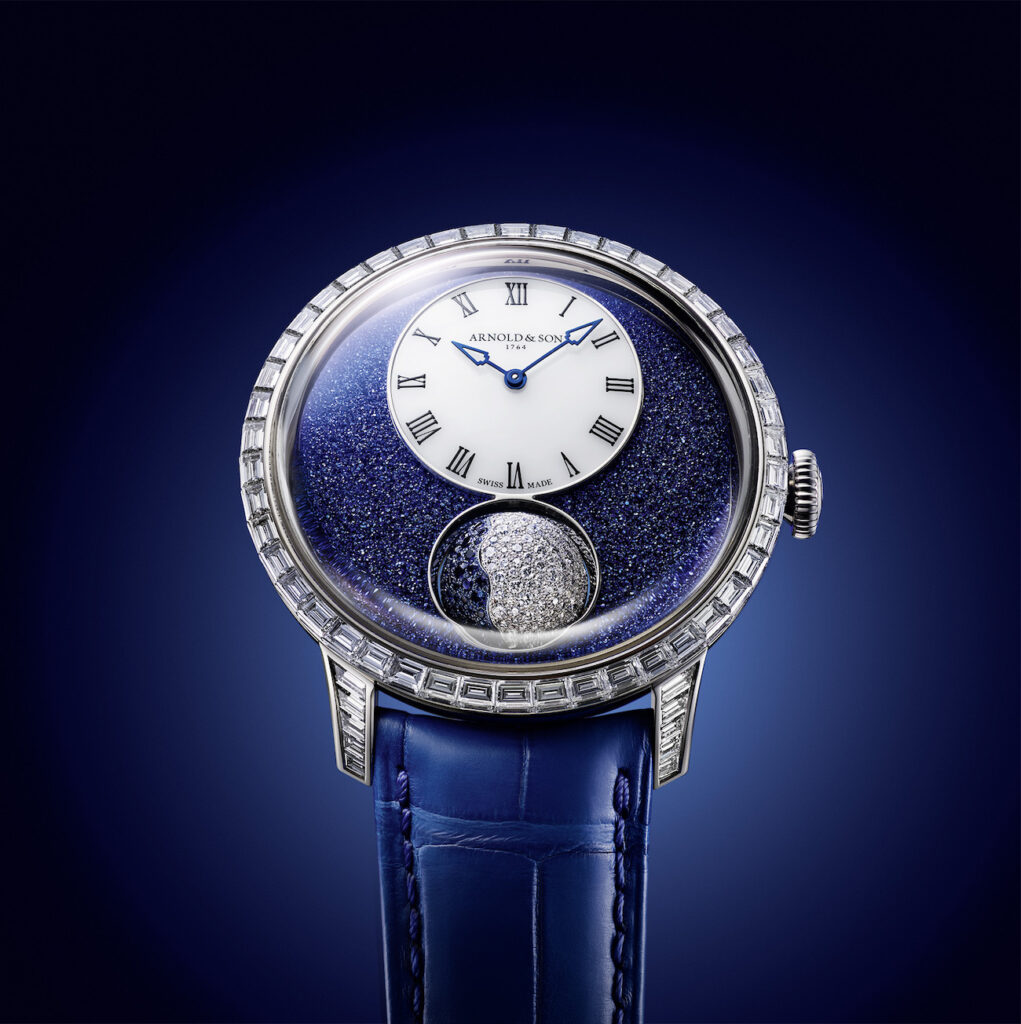 You may recall that the premiere design features an eye-catching, extra-large 12mm spherical moon, with aventurine representing the moon’s ‘dark’ side with marble standing in for the illuminated side.

Where that first model was crafted using a 44mm rose gold case, this new model, the Luna Magna Ultimate I, bases its jeweled interpretation in a white gold case of the same size. Instead a time-only dial of white lacquer, this jeweled edition features a white opal subdial the 12 o’clock position. 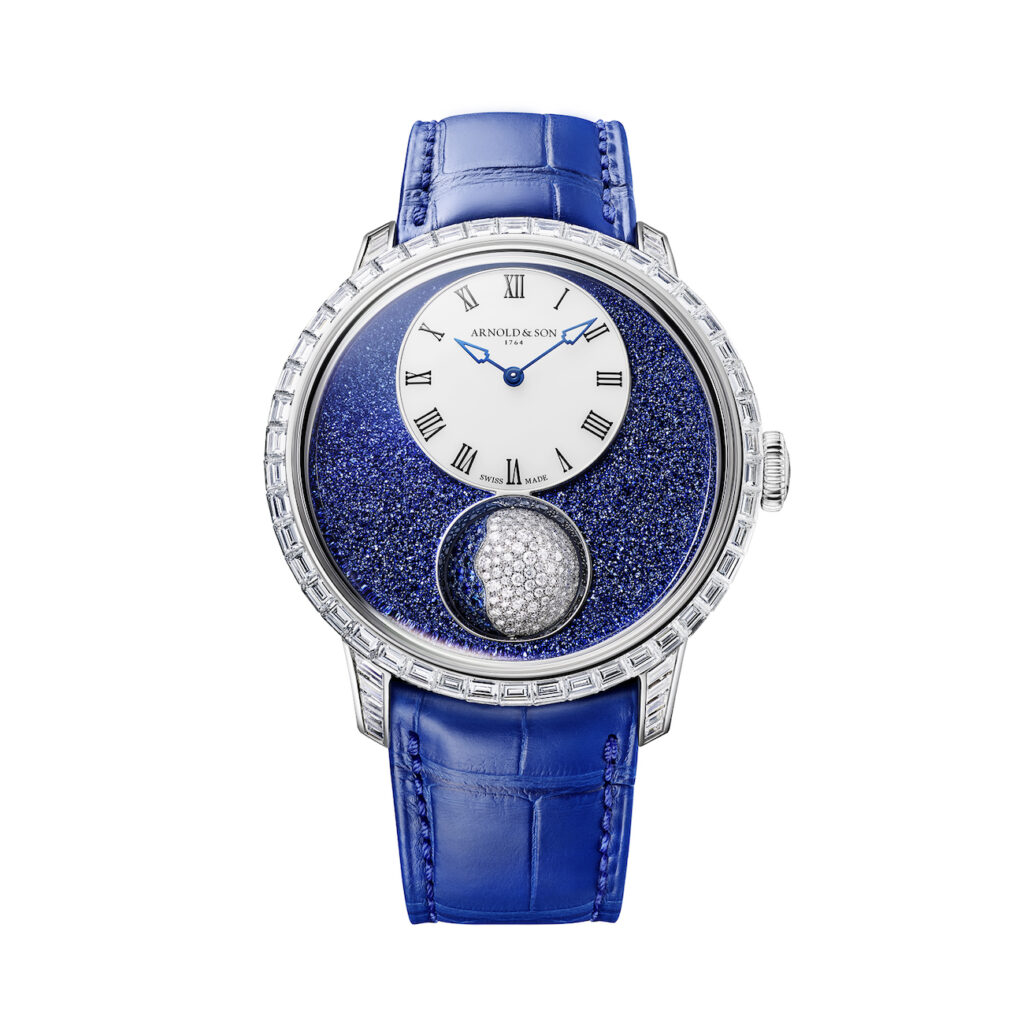 To represent the vastness of space Arnold & Son replaces the premiere edition’s aventurine with ruthenium crystals. Arnold & Son explains that ruthenium is an extremely hard metal that belongs to the platinum group. The Swiss watchmaker’s artisans reshape the ruthenium crystals, place them into the faceplate and then blue the plate–all to stunning effect.

Finally, on this Luna Magna Arnold & Son creates a new moon. Rather than the marble and aventurine lunar orb we’ve seen previously, this model glows with a three-dimensional moon paved with blue sapphires and diamonds set atop the same-sized white gold orb.

Underneath the newly jeweled Luna Magna Ultimate I is Arnold & Son’s own manual-wind A&S1021 caliber. Designed to propel the lunar globe, the movement has an impressive 90-hour power reserve. And luckily, all of the eight owners of this watch will be able to view the movement through a sapphire caseback, which also offers a second lunar phase display with easy-to-read graduations for correcting the globe setting.